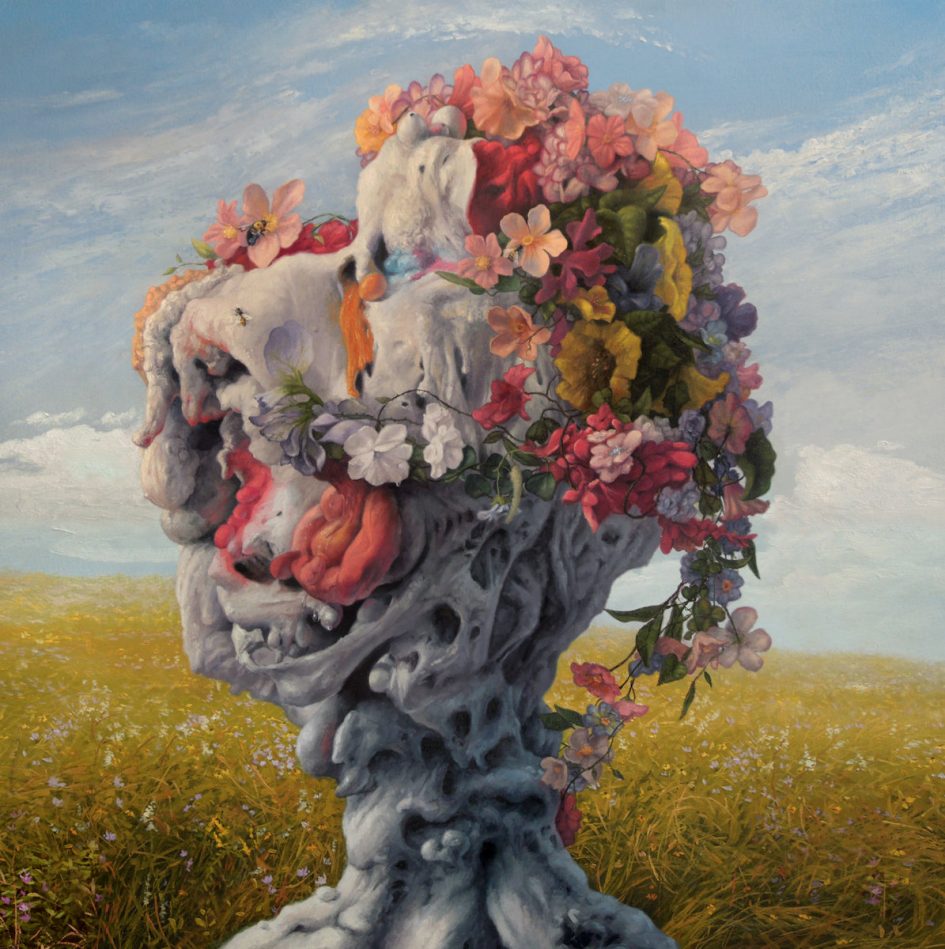 I’m a complete nerd in every sense of the word. Bullied for playing Warhammer in high school and then going on to find Metal and within that the likes of Death and Black Metal (the most basement dwelling genres of all). I have been and always will be a bit of an outcast, but I’m fine with that. I’ve got a great life, surrounded by incredible people. So if I want to nerd out over music every now and then (basically every day) I can. My message to all nerds is do what you want, people will either love it or not, and those who don’t aren’t worth your time.

Personal philosophies aside we’re here to talk about music, more importantly genre-bending music. This comes to us from the Boston Massachusetts band Wilderun who can basically only be described as Metal. The band formed in 2008 with a penchant for the epic, the band’s debut Olden Tales & Deathly Trails gained some traction as did 2015’s Sleep At The Edge Of The Earth. Yet nothing as of yet has proved as much of a success as the 2019 record Veil Of Imagination. Originally independently released it has since been picked up by Century Media for the full works in 2020. It promises huge swathes of mighty Metal, but is that what it contains?

The album opens with The Unimaginable Zero Summer the spoken word introduction is one which draws the listener in. Slowly melodic passages of acoustic nature flow into our ears, this is followed by some truly beautiful clean vocals, nothing as of yet screams Metal. Then in comes a barrage of guitars and drums, the perfect progression towards this climax makes it all the more worth it. Technical/ Melodic riffs encircle with pin point precision taking influence from Black Metal, Prog and Tech Death. In pure Metal nature guttural Death Metal vocals follow, the cherry on top of the cake, this blended with the clean vocals is truly encapsulating in a modern, forward thinking sense. Fading back into a softer closure this monumental track sets the scene for the rest of the record. Next up is O Resolution! Which almost has some Devin Townsend vibes in its guitar work and composition, not to mention the chanted vocals. Again, further clean vocals create a sort of epic setting, atmospheric and encapsulating. Sleeping Ambassadors Of The Sun seems to take a more ethereal approach to prior tracks adding still to the intense and delicate atmosphere of the album.

The instrumental Scentless Core (Budding) crosses the bridge of the album, light, hypnotic, but also chaotic and Metal at times, this is the kind of instrumental I can get behind, perfectly adept for such a full album experience as this. Far From Where The Dream Unfurls follows on with seamless precision. Another very strong and catchy number that almost takes a sort of Power/ Folk Metal form. After the soothing and Prog air of Scentless Core (Fading) it’s straight into The Tyranny Of Imagination. A track which gets back into the more metallic roots of the record with powerful guttural and clean vocals. Finally, the album closes with another mammoth track in When The Fire And The Rose Were One, this is another song much like the opener that takes us on a winding Prog journey, a complete and utter indulgence for those who love well written lengthy music. After a strong build up the song gets into very mystical waters, full of flowing guitar passages and sheer wonderment.

So you’re probably thinking is there anything bad about Veil Of Imagination? Well let me put it this way, had I heard the album upon its release last year it would likely make my top 20 albums of the year. Does that make it great though? Well, yes and no. On the one hand this is the perfect album for a spring afternoon when the wind is chilled and you don’t want to leave your house. It’s a kind of oddly cosy album, yet on the other hand it’s a real experience and unless you’re going to dedicate over an hour to this album you’re not going to get the full experience, so perhaps my one downside would be the albums length, it could be a touch shorter. Yet equally the length kind of makes it what it is. All that said and done this is a really nerdy album, and if like me you’re a massive Prog/ Tech type then you’ll fall in love with the album, it’s certainly nothing short of genre-defying.