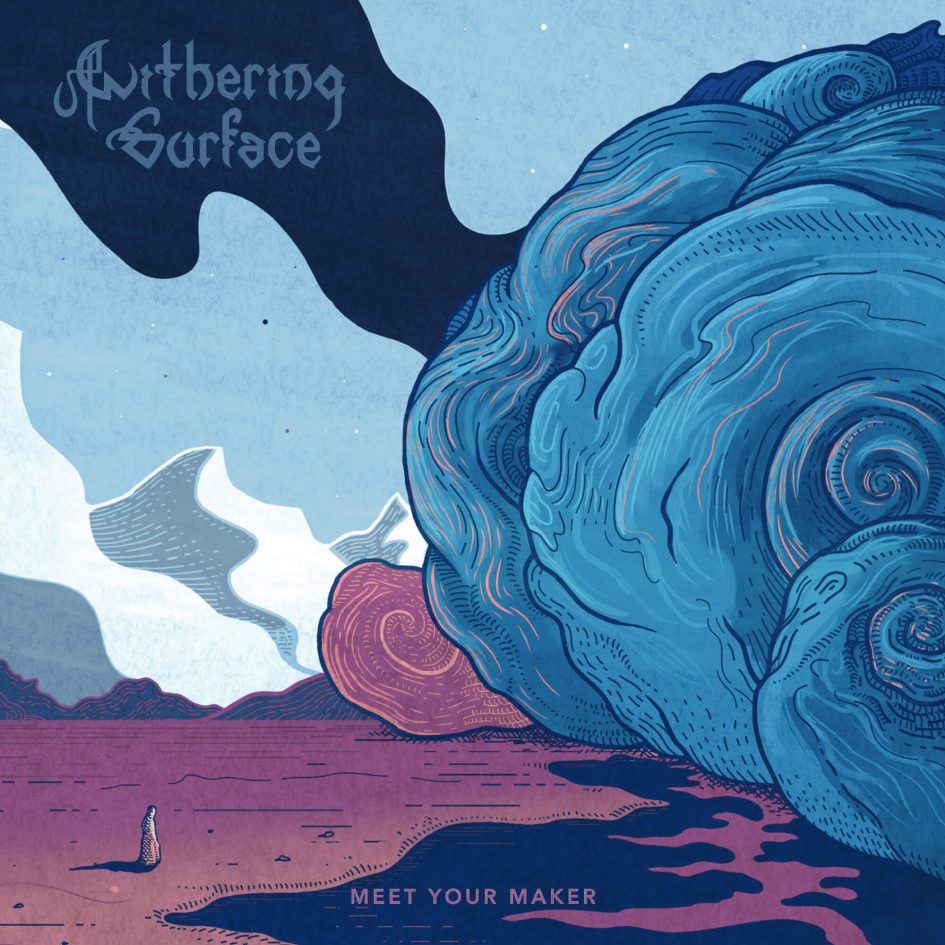 Behold, Denmark’s most celebrated melodeath export has returned from the dead! Withering Surface initially turned heads in 1998 with sophomore album “The Nude Ballet”, but it’s 2001s more polished “Walking On Phantom Ice” that is arguably the greatest of their achievements. Calling it a day in 2004 after four albums, four fifths of the line-up reconvened in 2019 after a long hiatus, though not joined by their original bassist who has gone on to bigger things with Volbeat.

“Meet Your Maker” consists nine tracks of solid upbeat traditional melodeath, with huge sounding Megadeth-isms in the guitar work. The songs are supported by clever use of underpinning keyboards, most prevalently on “Room 417”.

Michael Anderson has lost none of the power in his voice over the years, his suitably gravelly vocals admirably tread the fine line between singing and screaming very well. Towards the back end of the album, “I’ll Soon Be Gone” has his daughter providing additional vocals, though the luscious harmonisations sound a little too over-polished with studio-trickery.

Ultimately this is a band who (by their own admission) are still very much rooted in the era of classic Scandinavian metal that they came from and still love. Fans of competent meat-and-potatoes melodic death metal such as modern day Arch Enemy or mid-era In Flames will find a lot of joy in this album.