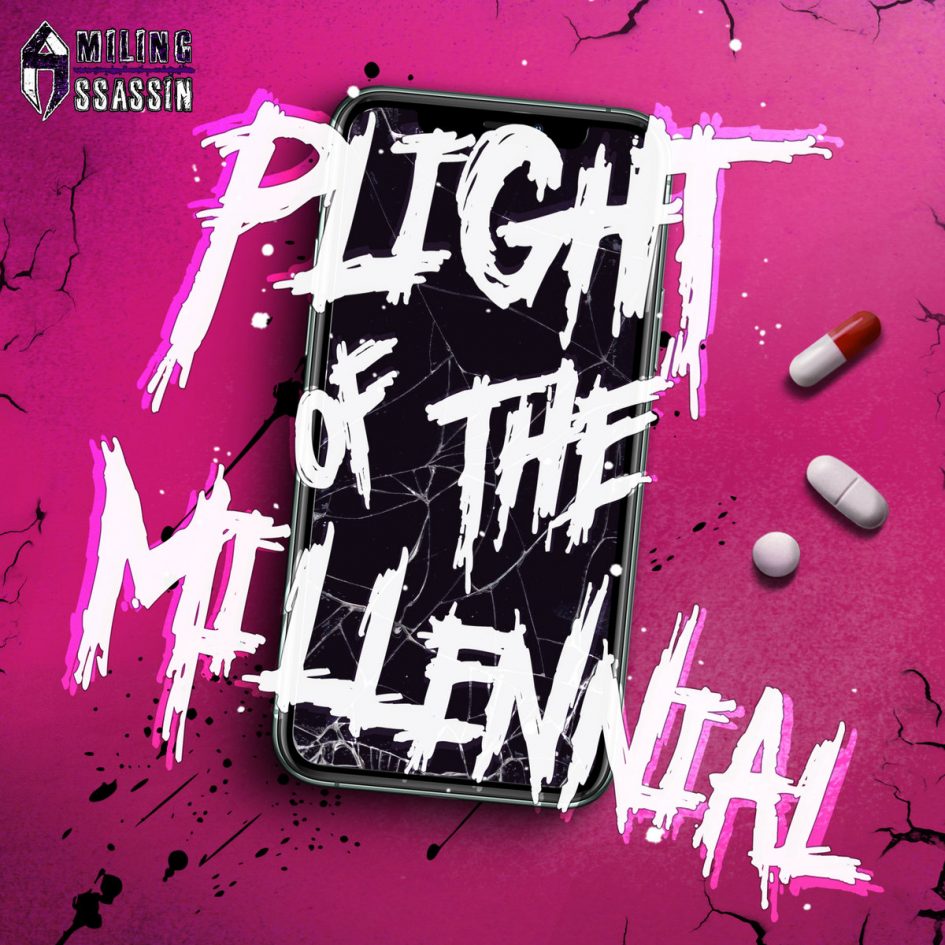 Keeping the flame of British hardcore punk alive, Yorkshire’s Smiling Assassin have virtually blasted out of the starting blocks. Having only formed in 2019, one might say they’ve been born in troublesome times so are well placed to spew forth some violent vitriol to a soundtrack that is as chaotic as the times in which we all live. “Plight Of The Millennial” is the band’s debut long player and places their bootprint firmly on the underground music landscape

A spoken dialogue, film soundtrack styled introduction has an air of defiance before a 10 second Napalm Death influenced blast comes from the title track. They up the ante on the bruising “Psycho-Apathy”. A brutal aural assault with a Discharge infused snarl, it brings mental images of vicious circle pits in sweaty little venues (sigh…remember those?). Robbie Johnson’s drumming is at times frantic and feels like a big part of songs like the anarcho-punk whirlwind of “Divide & Conquer”. Truth be told, everything is a whirlwind here given this is done in about 16 minutes. There’s still enough time though for deft twists and turns. From the Sex Pistols tinged “Coping” to the ska spikiness of “News Corp, Monopoly”, there’s a chaotic rage all over the album blended with a stiff, middle fingered salute attitude.

George Garnett’s enraged vocal delivery get the message across without question.
“With All Due Respect” has an all too familiar relevance in these strange days and is delivered with a pure DIY rawness. Cinematic dialogue bookends the album and closer “The Aftermath” is a disturbing soundtrack to what sounds like a mass shooting – the final shot leaving a numbing sense of waste.

For a debut statement, “Plight Of The Millennial” shows a young band coming out all guns blazing. A refreshing take on the second wave of British punk for a new global era. Can’t wait to (hopefully) catch them live. Well worth a spin.