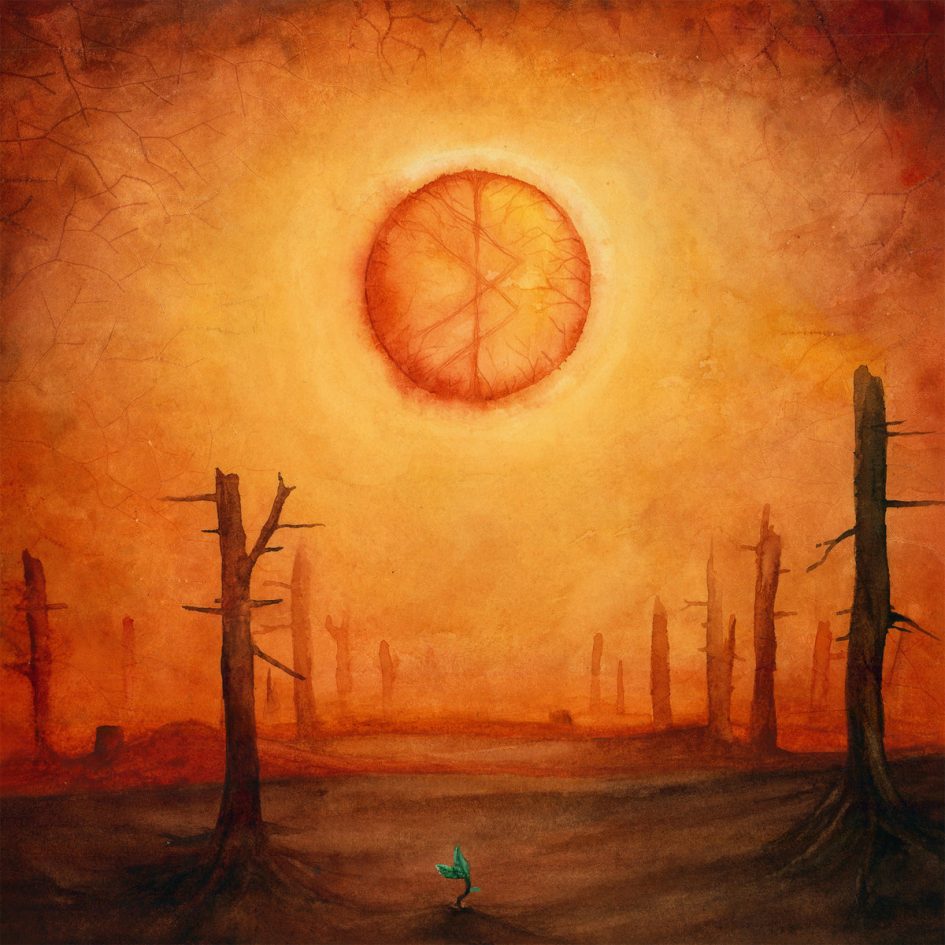 To some, the genre of Depressive & Suicidal Black Metal is the strangest of all musical genres, a laughing matter even, to others it is the logical conclusion of dealing with the realities of life. Where you stand on that scale depends on your experiences in life, your disposition, your personal development, and maybe your mood. People usually think of enlightenment as a state of perpetual bliss, when in fact it means that you have seen life as it really is and have made your peace with it. The picture to behold is definitely not a pretty one, and getting to grips with the nastiness of life is certainly a crucial step in everybody’s personal development. So, instead of looking down on DSBM, you might want to try to accept that from the point of view of the individuals who chose it as their form of expression, existence looks bleak, and DSBM is how they choose to deal with it.

Kall (Swedish for “cold”) do not fall under the category of DSBM, but it is the place where the band is coming from. Three of the band’s members played in Lifelover, the Swedish pioneers of depressive black metal. The band came to a sudden end in 2011, when their major songwriter B died from an overdose of his prescription drug and the remaining members decided to terminate the project. Kall was formed after these events, in 2012.

While Kall are associated with the black metal scene, calling their music black metal would mean stretching the definition of the genre beyond recognition. Black metal is only one of the influences they have integrated into their sound. Kall’s music, like Lifelover’s, stems from and is inspired by past abuse and angst, but, as they say on their bandcamp page, they choose to deal with the angst and the abuse “in a more constructive way”. And let me tell you straight away that the picture the music paints is not all bleak. There are moments of joy and hope, but most importantly there is perspective.

“Perspective” could also be the name of the cover art on the band’s new album Brand (engl. “fire”). In it, a fresh, young, green plant, easily missed, is growing in the ruins of a burned-down forest. Like a lot of black metal, Kall promotes a cathartic event, an event of utter destruction, but different to other bands of the genre, they see it as opportunity for transformation, not as the end of all things: “The album is a call to overcome suffering by facing it right on,” by initiating the catharsis.

Slash and burn is a practice almost as old as mankind employed to make unfertile land fertile. The practice has its dangers and can easily lead to large scale destruction, as we can witness today with what is happening in Brazil. Facing suffering right on obviously also has inherent dangers, but it is certainly more constructive than the cutting and the drug abuse that were a central element of the band Lifelover.

Kall’s music reflects all of the above and is an eclectic mixture of many music styles. Apart from black metal, you will hear shoe gaze, post rock, jazz and a bit of psychedelia. While they are certainly not the first band to combine other styles of music with black metal, they are certainly one of the bands who have moved the furthest away from the genre, but manage to somehow still belong to it. While to them that connection doesn’t mean much – “Kall, like Lifelover, shows its collective middle-finger to any scenes”, they state – for a broad spectrum of fans their connection to the genre provides credibility and makes all the difference.

Brand starts out with a sole guitar reverberating in an empty space. So far, so common. But the eclectic mix that follows on the album’s seven tracks is anything but common and includes bits of Oriental music and a saxophone. The use of the saxophone and the way it is played is one of the things that sticks out to me, that I will remember, and that makes Kall differ from other metal bands that incorporate other styles of music into their sound. The playful, experimental saxophone tunes are truly a surprise alongside the deep, foreboding, monotonous riffs.

The other thing I will remember are the vocals. Screamed, deep and guttural the vocals have a special quality, like someone who’s not good at expressing their emotions, showing their feelings. If you’ve ever seen someone cry who usually doesn’t cry, you’ll know what I mean. There is really a lot going on here.

To conclude: This offers no catchy tunes, no hooks. The music is genre-defying and proudly so. To appreciate this, you will have to have developed a liking for music without the sugary satisfaction of choruses and melodies. This is no background music, nothing to put on to relax. It is rather something to ponder, reflect and think to. If you are up for that and not afraid of the places where your pondering might lead you, Brand will be a good companion.