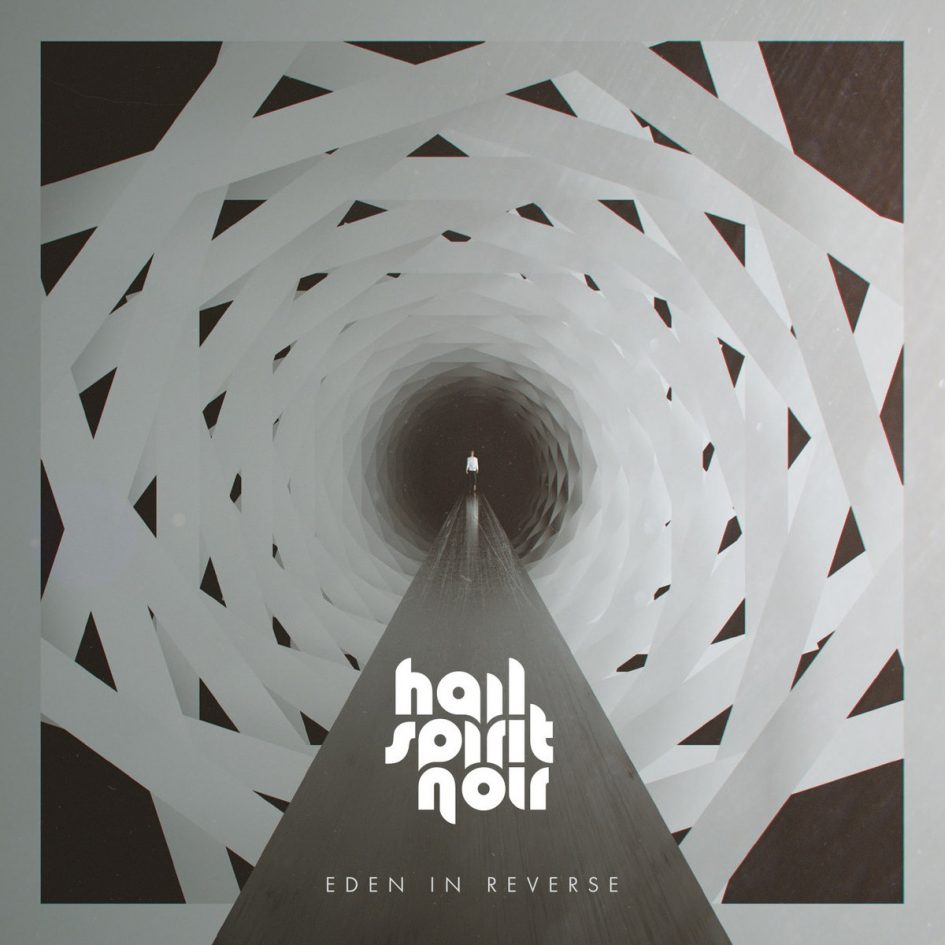 Transcending the norms of progressive blackened extremity Greek act Hail Spirit Noir continue their exploratory sonic narrative carved out on three previous exhilarating releases whose last album, ‘Mayhem In Blue’, which I reviewed here, and contained everything you could desire within ingenious darkened psychedelia. The question begs of how the band could top the album or indeed what further creativity was in the minds of this exceptional band, but we need not worry as this fourth full length ventures through a portal into dazzling musicianship, elaborate arrangements but most importantly fabulous songs that really etch into your mind.

Opening with ‘Darwinian Beasts’ the song acts like an intro mainly due to the short duration, but it does have vocals, haunting, containing a drifting like echoing effect that makes the song possess a spacey feel before the album kicks off fully with ‘Incense Swirls’. The soft fade-in leads into the metal component very smoothly as the thrusting the bass penetrates the mix with gusto but with a finesse that allows the track to create heaviness without being overtly macho. Added to that it is supremely catchy as the keyboard additions enhance the melodic facets with the beautifully layered vocals. Those keyboards also make the psychedelics that more nuanced threading through the song and album with sinuous delicacy as ‘Alien Lip Reading’ follows and again a soft fade-in leads in. The lead break that follows hints at an Opeth like influence where the density is escalated slightly and a piercing keyboard drone pushes into the mix creating a trippy touch that runs through the song until a fine pulsing poignancy appears midway that I really liked.

I actually I asked a mate of mine to give this album a listen as I know he’s really into progressive rock and metal to give his take on the album and he came back to me with all sorts of influences and I took him on his word and his experience as he referenced, among others, King Crimson and Porcupine Tree as I’ll also reference Slægt for the harsher side of the band on ‘Crossroads’ which begins with a bereft and isolated vocal piece before the abrupt shift in pace being much quicker and benefitting from the increase in momentum and more abrasive style.

Brusquely into ‘The First Ape On New Earth’ the song has a chaotic approach especially percussion wise as the vocals take on a slightly deeper tone as I detected a touch of Amorphis here as the song drives down more portals of smoother spacey realms with Hawkwindesque keyboard segues. The album closes with the epic ‘Automata 1980’ which again begins with a soft psychedelic keyboard opening. It almost has an improvised 70s approach like a live solo style you heard by the infamous keyboardists of the time w massive distortions as the song unleashes a colossal, dramatic and intense section. As the song evolves it steadily calms to reveal the softened vocals and percussive strains where the vocals possess a slight echo that creates a heady effect before an eruption. Again the song has an inherent catchiness, it’s not an easy track to absorb I admit, as it channels the listener down various gateways of post rock stylings with various hooks and subtle melodies, especially the keyboard work and ends this album in grandiose fashion.

It has taken four years since the last album but the development for ‘Eden In Reverse’ has been worth the wait.There is an opulence, an iridescent and shimmering opalescence that you will not see in any other album this year and I urge all fans of progressive music to pick this up as you will not be disappointed.