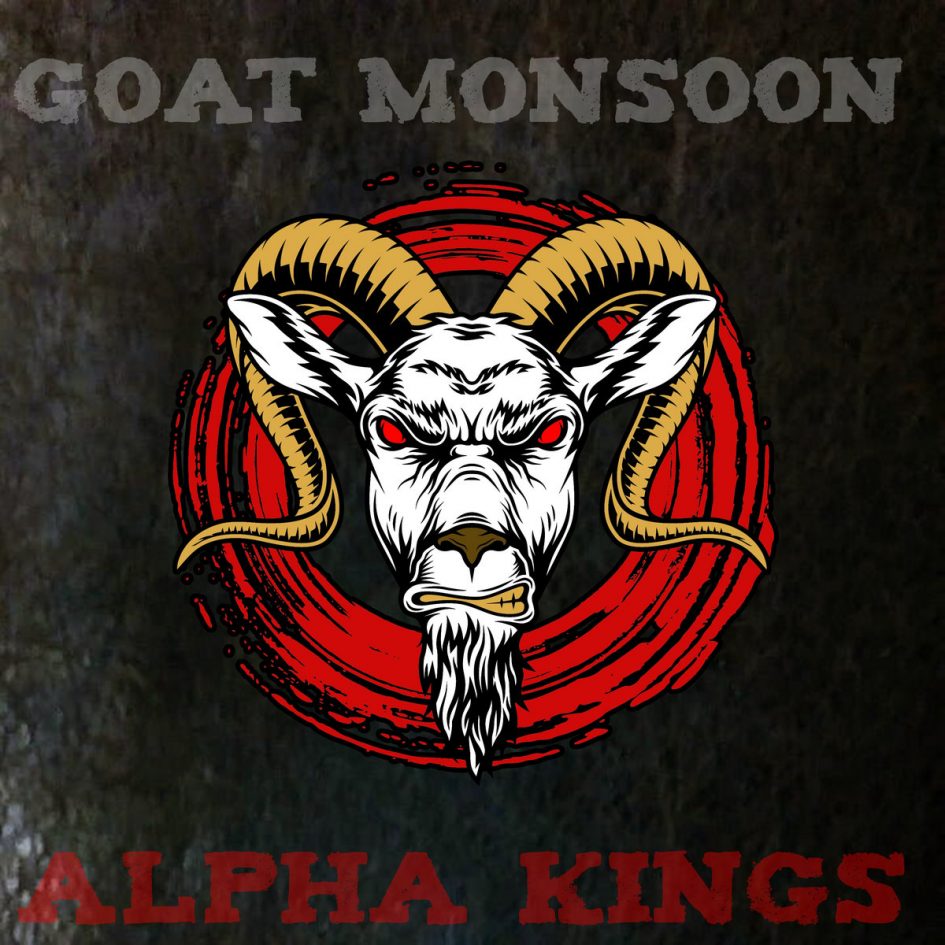 Goat Monsoon have been kicking about since 2012 and have created enough interest to earn themselves a slot at Bloodstock 2019. They’ve also done gigs with underground riff merchants Slabdragger and British legends, Orange Goblin. Their recorded output is pretty slim with “Alpha Kings” being their third EP and a live album to their credit.

The four tracks here are pure meat and potatoes garage stoner metal with slabs of hardcore punk thrown in to keep the party going. “Alpha Kings” has a Generation Graveyard styled crust on it with chunky, raw riffs. Pub rock to its core, there’s nothing revolutionary or ground breaking here but it does want to make grab a pint with your mates and rock out.

Where they sound most brattishly cool is on tracks like “Crazy We Fall” with a snarling, punching slab of groove – think Orange Goblin meets Viking Skull. Elsewhere you get a smack of early Stooges on “I Was Here”. Snappy drums and a basic riff bring a shade of American hardcore punk held together with a simmering angst.

“Alpha Kings” is a smack between the eyes. Short, sharp and gritty it’ll get you in the mood for more. There’s a feeling that this band are most comfortable live and that is reflected on these four tracks. Worth a listen.