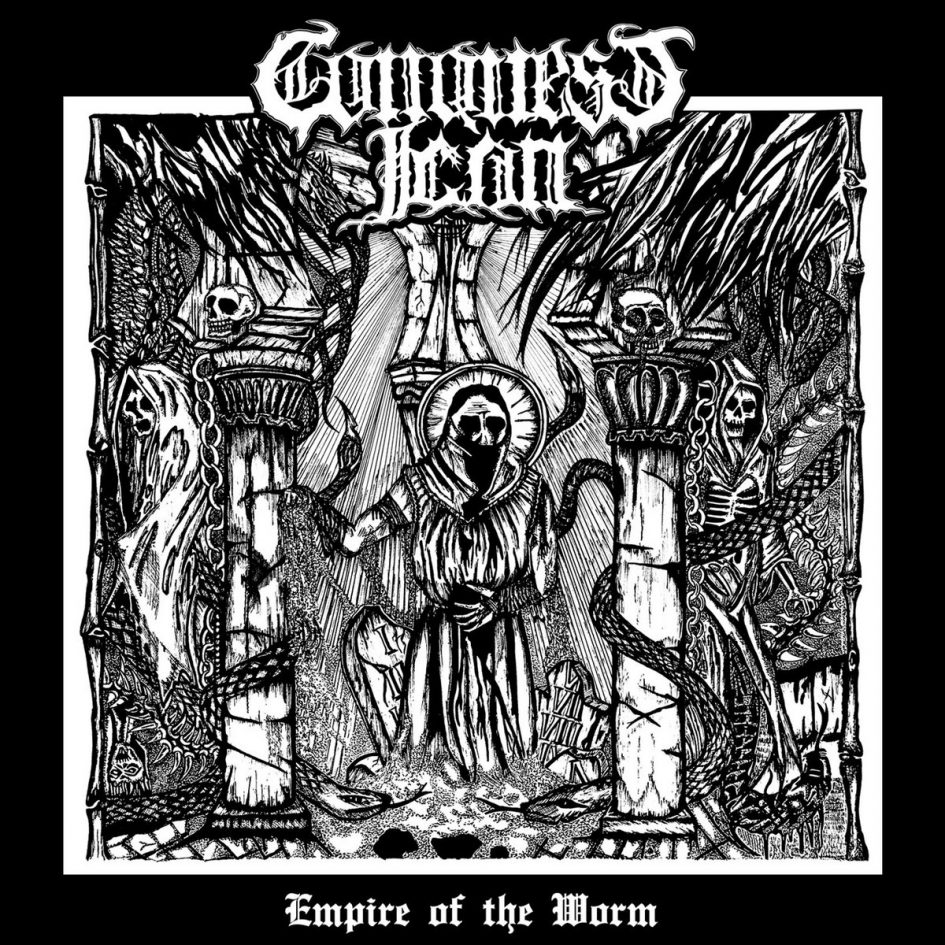 Polish blackened death metal band Conquest Icon have been around since 2009, since when they have released two albums including this one, their first being in 2010, and three tracks on a split three years later. Looking at the history of the band members, they’ve all been around on the underground metal scene, as is often the way with Polish metal musicians.

I shouldn’t have been surprised that the musicianship is tight. It’s also very Polish in style too – grim, dingy and decaying death metal, with a vocalist who sounds as if a throat sweet would help. The album trudges from one war zone to another, but if it’s downtrodden and grey, Conquest Icon do know how to manage tempo and tracks like “Sacrificial Circle” have drive. It takes me back to the days of the 00s and bands like Supreme Lord. After a doomy start, Deathly Shadows Rise goes off fast and hard like a juggernaut running away. Always grim and dark but played with deathly melody, “Unholy Death Metal” provides power and excitement, as the heavily occupied drummer picks up the wind and runs. This bordered on thrash metal but the growling guitars and bass, along with the rasping vocalist, keep the atmosphere rough.

This relentless death metal onslaught continues its course. It has energy but even with tempo changes doesn’t stray much outside its dirty parameters. On we go from “Toward Darkness” to “Behold the Flames of Hell” and nothing much changes. Great drum work though. A spoken part on “Pilgrim of Doom” doesn’t change much either, but after a brief march and a bit of variation it resumes its normal straight line path towards destruction by attrition. “Crown The Beast” has a sinister edge, and notwithstanding the familiar style of onslaught and triggering drums, has a slightly different tinge to it. But it’s all about grimness, withering riffs and the sounds of endless suffering, and the final act “Here and Beyond” ploughs on in its deep and heavy way towards nothing, really.

It was never meant to be easy work, but this album is penetrating and attritional. “Empire of the Worm” is true to its aim, and the musicianship is of high quality. The album has energy and intensity in its downtrodden way but war-like as it is, it doesn’t break many boundaries and in the end, I found it hard work to listen to.