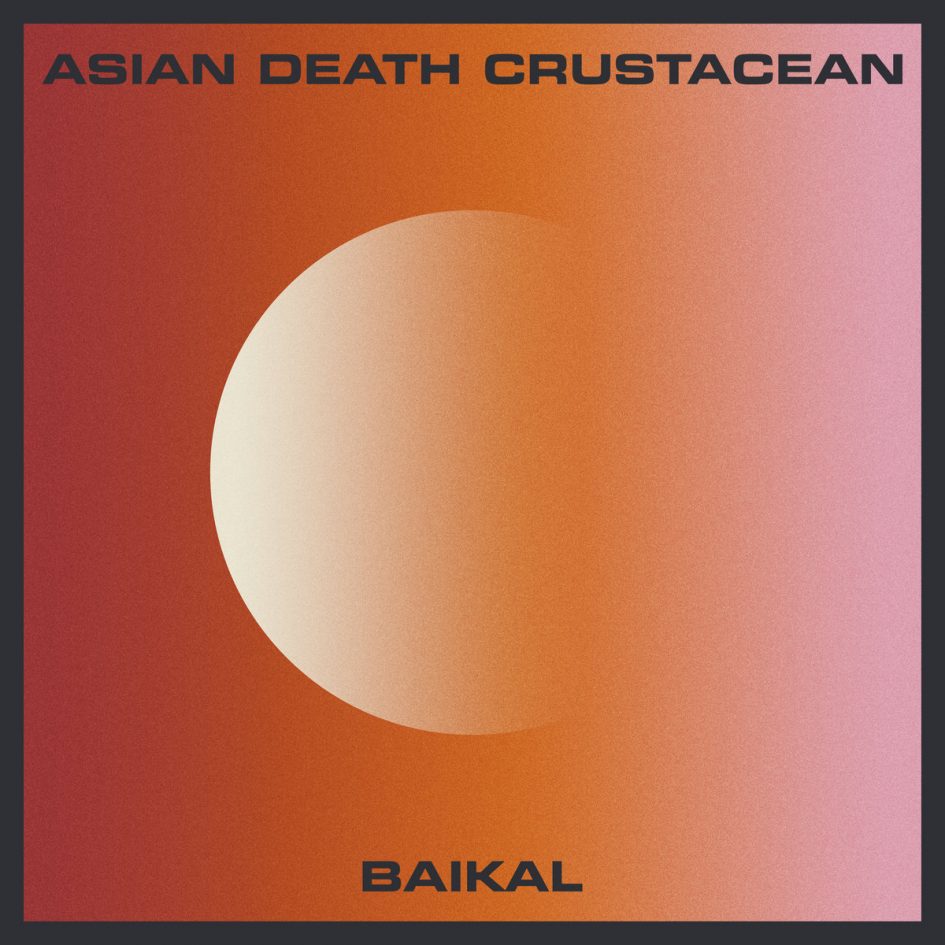 You would be forgiven for thinking a band with such a wacky name may be trading in clip laden comedy grind or crab based retro thrash. Nothing could be further from the truth. Asian Death Crustacean are a London four piece that mean business, and that business is mixing post metal, underground Jazz and ambient music to create an eclectic, sometimes trippy, sometimes crushing album. Oh and it was inspired by Baikal, the world’s oldest and deepest lake that lies in Siberia.

The album is presented in 6 parts and as such needs to be listened to as a complete movement to be appreciated properly. I did play a track on the radio – Baikal part III – and it certainly piqued the interest of many listeners.  It is surprising that this album is the debut long player of these guys, however one listen showcases the wonderful talent each member has and the ability to convey power and emotion throughout the album.

The album opens with some electronics that transported me to a beach somewhere thanks to its Balearic ambience. I felt ready to greet the sunrise with bleary eyes and a dry mouth. A gentle beginning to ease the listener in and help stretch those tired muscles. I recommend a spot of Qi Gong whilst listening but each to their own. As the drums come in things begin to open up into a dreamy post rock sonicscape. This is the first chance to hear James Kays drums doing their Jazz n Splash thing. Fantastic, overlaid as they are by the bass of George Bunting who holds everything together. The dual guitars of Dan Peacock and Rob Doull parry and thrust at each other throughout then come together to create the most gorgeous melodies and then the heaviest of riffs.

The heaviness increases throughout the album from the dream of part one to the more proggy beginnings of two before things take a harder choppier edge towards the end of the track with sections I found I could throw my arms about hardcore stylee too before the wind drops and things become more tranquil again. That is the journey of this album. The music ebbs and flows, fluctuating from tranquillity to bombast at the flick of the drummer’s wrist whilst still maintaining the theme. This is no cut and shut avant-garde collage.  There is the space and vastness of Mogwai, the tight claustrophobia of Alcest and the trippiness of Pink Floyd within the parts here.  The fact that the four-piece are not afraid to let loose with metallic riffs and play with time signatures. There are times in part three that remind me of Cave In.

Part four begins with a languishing acoustic guitar before being taken down a back alley by some ferocious synthesized strings. So rough!  Luckily, calm returns and there is an afterglow of sorts to relax in.

No relaxation in part 5, just big brutal doomy riffs and a blackened chorus of guitars that seem to warn of icebergs upon the lake. Things get a groovy gallop on throughout this piece’s ten minutes before becoming more tranquil but there is always a sense of menace behind the jazzy paradiddles and the track builds back up through Viking metal style riffs to a blackgaze frenzy which then is allowed to drift into the final part.

The last rack in this movement begins, evoking a sense of waking up dazed on a deserted island with white sand surrounded by the debris of a ship wreck strewn amongst dunes. Lush layers of sound soothe away the worries of the past and I am back to the chilled-out bliss of the beginning.  Things take a bit of an extra-terrestrial turn with the soundscape here so maybe the listener is beamed up at the end and it was all part of some alien conspiracy. Who knows?

What I do know is that Asian Death Crustacean have made an album that took me on a holiday that I did not need to cancel due to Covid-19. Cheers guys!