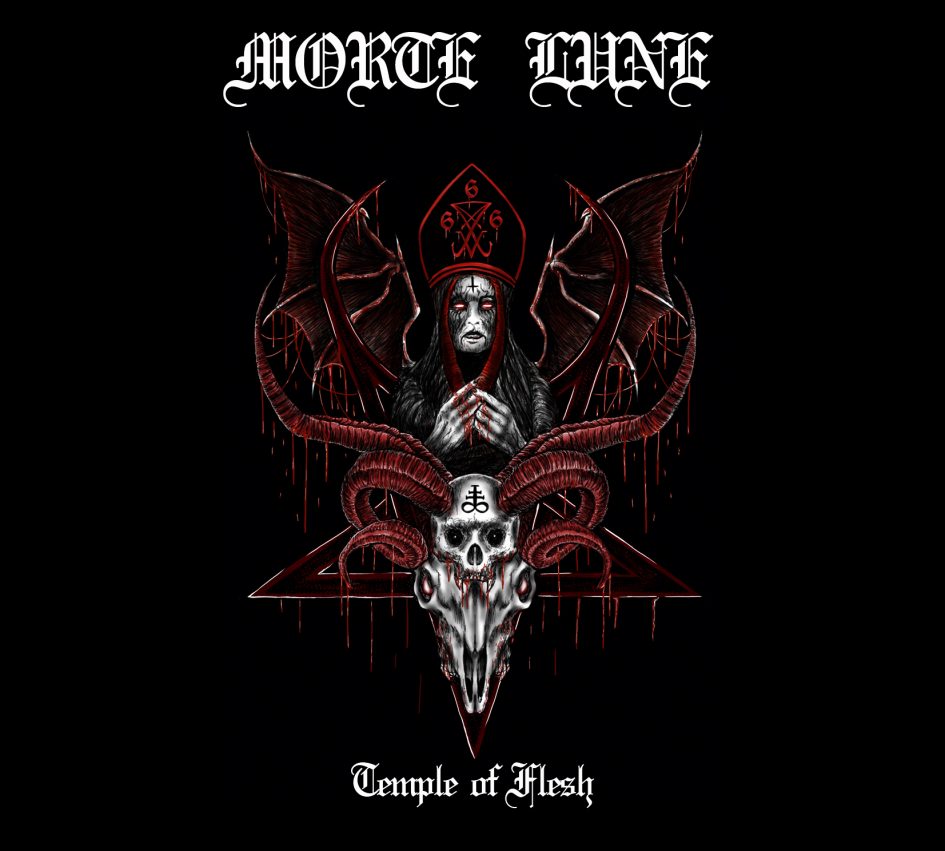 From Cumbria comes black metal and dark ambience. This is the band’s first EP, after the previous release of a demo and participation in a split called “Cumbrian Metal Part 1”. There is pedigree in the trio, with representation in Thy Dying Light, Axis of Perdition, The Enchanted and Written in Torment amongst others.

“O Father O Satan” is music for blizzards. Bleak and relentless, the band fire through the frost and snow storm in a very old school way. The furious drumming and spiteful riffs continue into “Silence of the Night”. Vocalist and composer Hrafn has the old school charm that you would expect to accompany such grim and nihilistic fare. It all goes on at a fair lick, with tempo changes, step ups and even a melancholically epic ring as “Chalice of Blood” develops. But there’s no time to mess about wallowing in self-pity as Morte Lune impressively beat us over the head with this. “Lucifers Gift” starts imperiously. The tone is maintained for a while before fading away, making way for “Spewing Black Vomit”, another black metal ode to Satan. Again, the tempo varies but the atmosphere remains frozen in a merciless world. Finally the title track brings images of hanging from a meat hook, before the final atmospheric section, which hopefully they’ll develop some more next time out.

Don’t be led into thinking that Morte Lune are going to introduce you to a world of novelty and innovation. This is arsenic laced black metal, and it’s as rancid and grim as it gets. Enjoy.