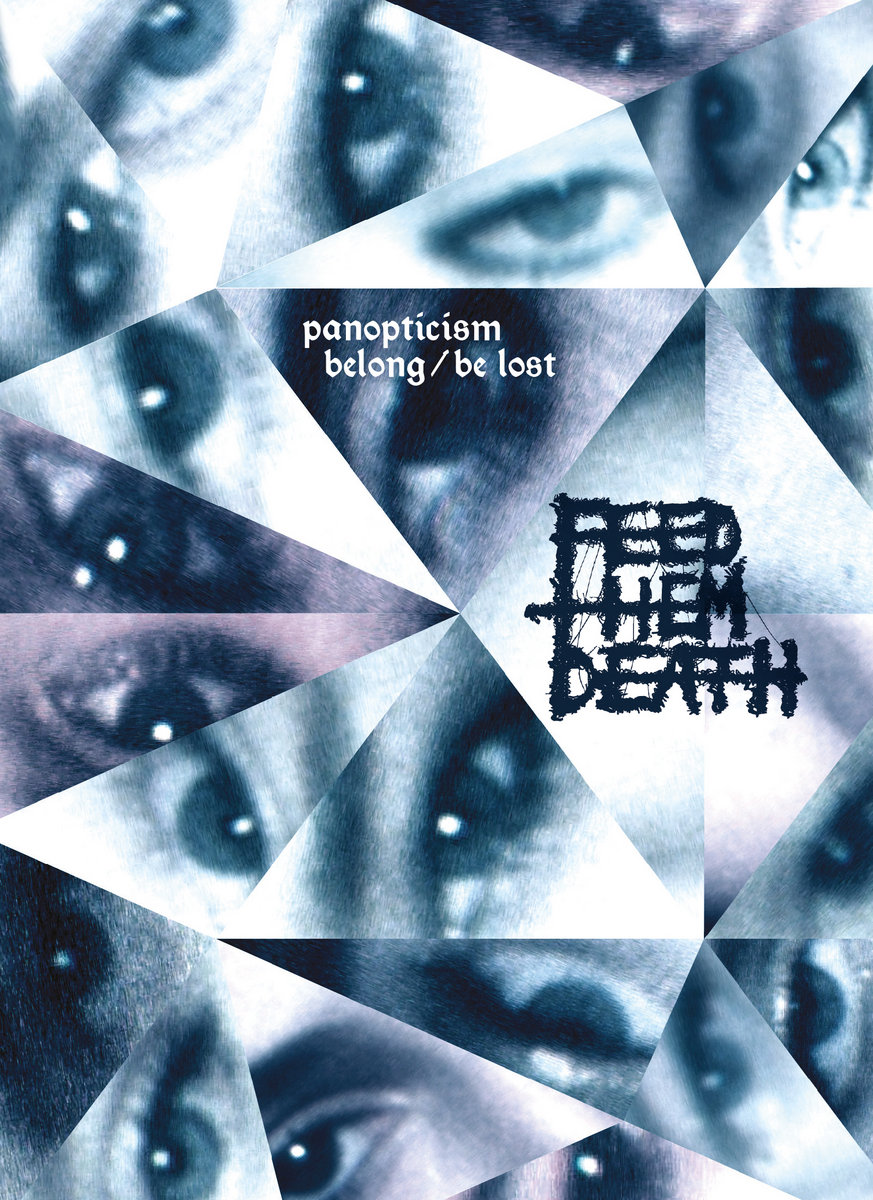 Feed Them Death are a one man music project from Void one of the founders of Italian Gore Metallers Antropofagus. With this project Void delves deep into his well of talent and musicianship to create a multi-layered extreme package. Black metal, Death Metal and Noise are all cut up and stitched to the main body of Grindcore with some tracks being given a modern classical or even brutal jazz feel. On ‘Scar’ I am reminded of Diamanda Galas as a soprano becomes so piercing that it threatens all glass within a mile radius to shatter whilst the remaining music blasts away in the background. ‘Anti-Modernist Extradition’ seems to feature the sound of a truck reversing over the top of staccato death grunts. I am mesmerized like Michael Smiley’s character in Spaced.

The opening track opens with a Frank Bello style bassline and a snappy hi hat before going full grind in the face. Frenetic drums with some electronics thrown in and I am worried that this is everything AND the kitchen sink, will my frazzled senses cope?

Well I should have more faith in myself for as the jazzy cymbals are crushed by massive blastbeats and high-pitched vocals/elecronics(?) I am drawn in. When the aforementioned Scar opens with hellish vocals and manic soprano femininity I am dragged straight into the maelstrom. ‘Apologue of Descent’ is rock and roll vomited from a reeking crusty corpse and lasts as long as it would take to shovel up the pile of filth.

Just as well coz ‘For Our Insolent Dead’ is in its putrid wake with massive sludgy, doomy riffs filled with dread and despair. Then the truck load of riffs mentioned earlier is driven over my head. Luckily I am so busy banging it and blast sharking my fist that the steel behemoth was halted.

‘Prescience Evokism III’ ‘s backbone is like the roar of a gladiatorial crowd played through a big fuzz pedal whilst strange eerie black metal riffs are played in the next room though a tiny practice amp. Then a violinist pops by dropping strings like Jeremy Brett’s Homes mid Cocaine jonesing. Strange female voices segue into a German radio voice and distorted bass. It teeters on the edge of madness but did not lose my interest. A little like a Lynchian dream sequence.
As the noise becomes almost too much it halts and silence is shattered by a 3,2,1 of snare into the death grind of ‘Black Bile Banquet’. Fist to the face Napalm Death style brutality!

‘Break The Infinite’ that follows is 2 minutes of hyper-blasting fury. Giant chugging riffs and a terrifying mix of deep and mid growled vocals from Void. Like Cattle Decapitation having angry sex with Pig Destroyer. With no lube. Utter carnage and utterly orgasmic.

‘Lotusblutehn III’ rides in from afar like the Knight approaching the French keep in the Holy Grail. All of a sudden it is upon the ears with a grimy sludgy riff that Hang The Bastard would have been proud of. Furious blasts and spiky guitar lines are pummelled by the bludgeoning filth-soaked riffs. Death metal fans will love the quick pick guitar licks whilst sludgesters will fall in love with the meth filled throat missiles that bombard the track.

‘Evokism II’ begins with a hypnotic noise/industrial collage before being blasted with a few seconds of the blackest grind a la early Anaal Nathrakh.
Dead is better is another armour plated assault of death/grind which hits like rapid machine gun fire raked across oil barrels. Incendiary!

This one-man band has created 11 tracks that flit between thought provoking and mesmerizing to visceral and crushing. This album showcases the talent of Void and is an insight into an innovator within the extreme underground.