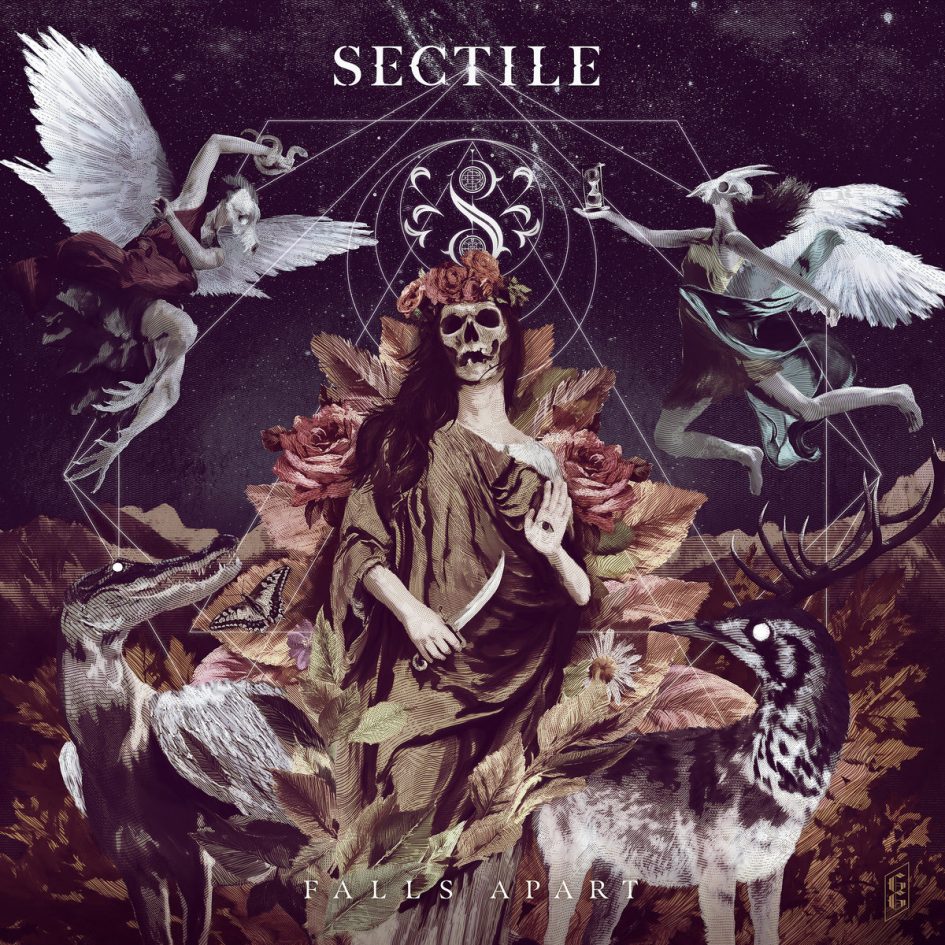 Progressive metal is a tricky thing. Overdo it with the complexity and the unusual harmonies and you end up with a mess that even great musicianship can’t save. Sectile, a relatively young band from Dublin, Ireland, founded in November 2016, might have fallen into the trap of wanting to do too much.

Starting with the album cover, the predominant impression that Falls Apart left on me was one of overload. While the cover art is really quite striking and colourful, featuring a plethora of images, it fails to transmit a clear message. The same is true for the music. There are many excellent passages, displaying the technical expertise of the performers, but taken together they fail to create a harmonious whole. Try as I might, I could not warm to the album.

The first track The Hunt starts out with heavy riffs and fast drumming, but levels out quickly and a bit unexpectedly. Emotion-laden, clean, male vocals, reaching pretty high octaves, join the now mellow tunes. The music soon changes course again, while the vocals stay the way they are – a bit too high and too dramatic for my taste.

And that is how Falls Apart continues. Expertly played music, ranging from heavy metal to jazz-inspired slower passages, frequently changing course, scope and rhythm, provides the background for often quite dramatic vocal displays.

On some tracks this works. Boreal Void, the fourth track, is the best piece of music on the album. Powerful, energy-laden and driven straight from the beginning, the various breaks and insertions do not distract from its overall course, the vocals work in sync with the music, without weird side paths. If the whole album was similarly focused, I would have given it a higher mark. But Boreal Void is only one track. Most of the time I get the impression that concentrating on details has resulted in losing compass.

And except for explaining the above in more detail, there really isn’t much more to say.

To summarize: While there is obviously a lot of skill and potential involved here, the song writing needs a bit of stripping down in favour of focus, as do the vocals.