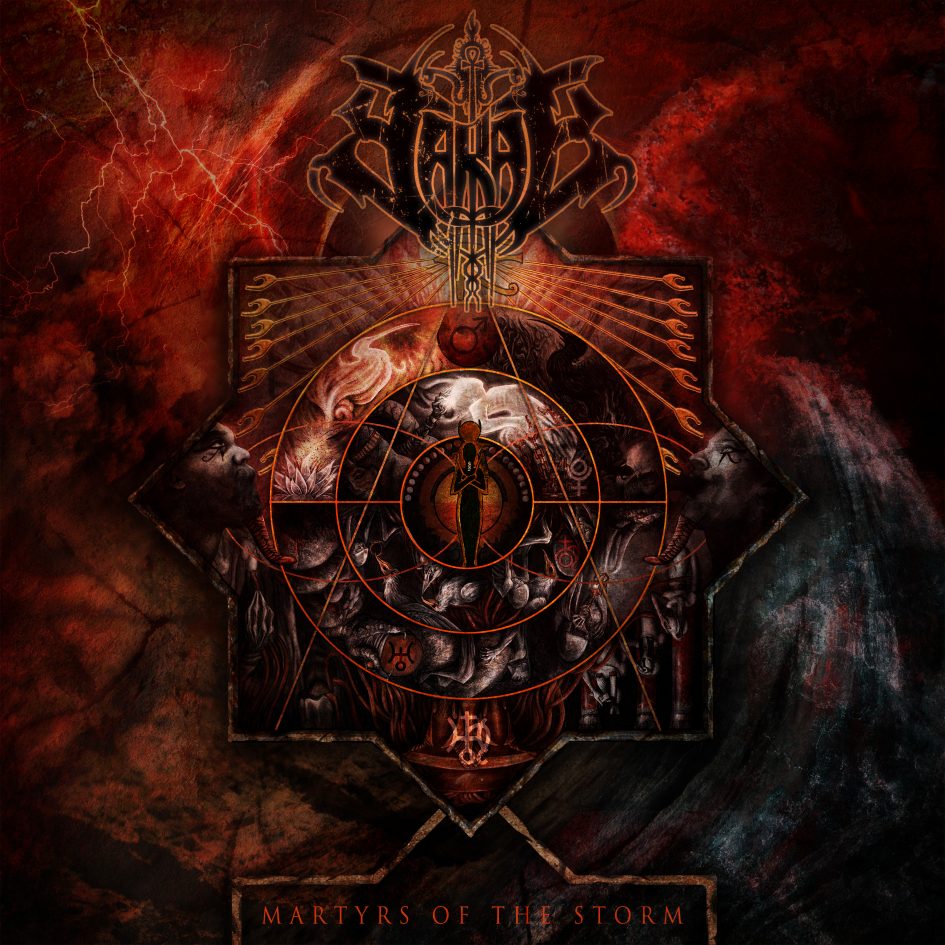 I ended up with this as a bit of a surprise if I’m honest. A nice one though as I caught Scarab live at Warhorns Festival in 2016 and really enjoyed their performance. Enough to buy an album. For the unaware, Scarab are an Egyptian death metal band; actually Egyptian mind you and steeped in their mythology and culture. They’ve also played with Nile which might have been interesting…

‘Martyrs Of The Storm’ itself opens with an atmospheric intro and then a battering, blasting riff. The first thing that hits you is the production. It is slick and very modern, the kind you’d expect from a Century Media band and lending the attack a touch of the tech death with its precision and machine gun drumming. The vocals are low and guttural (though thankfully well clear of slam territory) and the guitar leads weave a subtle but fine Egyptian element to the song. It is heads down, driving death metal with no real deviation, played superbly and with evident commitment. ‘Necropotence’ follows with the same drive and sound, the same tempo. Its good and lethal, maybe the vocals could do with a little variation for me but a minor consideration.

If I’m honest though this is pretty much how it goes for ten tracks. It is very, very classy, stuff. There’s an energy here and an unrelenting style that stays away from too much basic chugging, wrapping eerie and melodic lead work seamlessly. Scarab definitely have their own character too. I guess there is a little bit of Nile to them, but not much, just something in the crush when the riffs are on a roll I think. There’s a pinch of groove now and then yes, but not too much. I also think all you serious death heads should pay them immediate attention as you will probably get all the subtleties that wash over me. Because sadly, in the end, it does tire me out with the continuous, similar tempo and drum rattle spread. I tend to more the old school dirty sound, the loose flapping base and the muck. Vircolac, Autopsy, the kind of melodic attack of Valafar spring to mind… But also melodeath stuff like Countless Skies. So you can hopefully see over my prejudice and go for this for what it is.

Seriously this is a classy album, but one for modern death metal fans as its relentless, hard production nature may get the better of others.

But man, if you like that stuff you won’t find anything to moan about here.