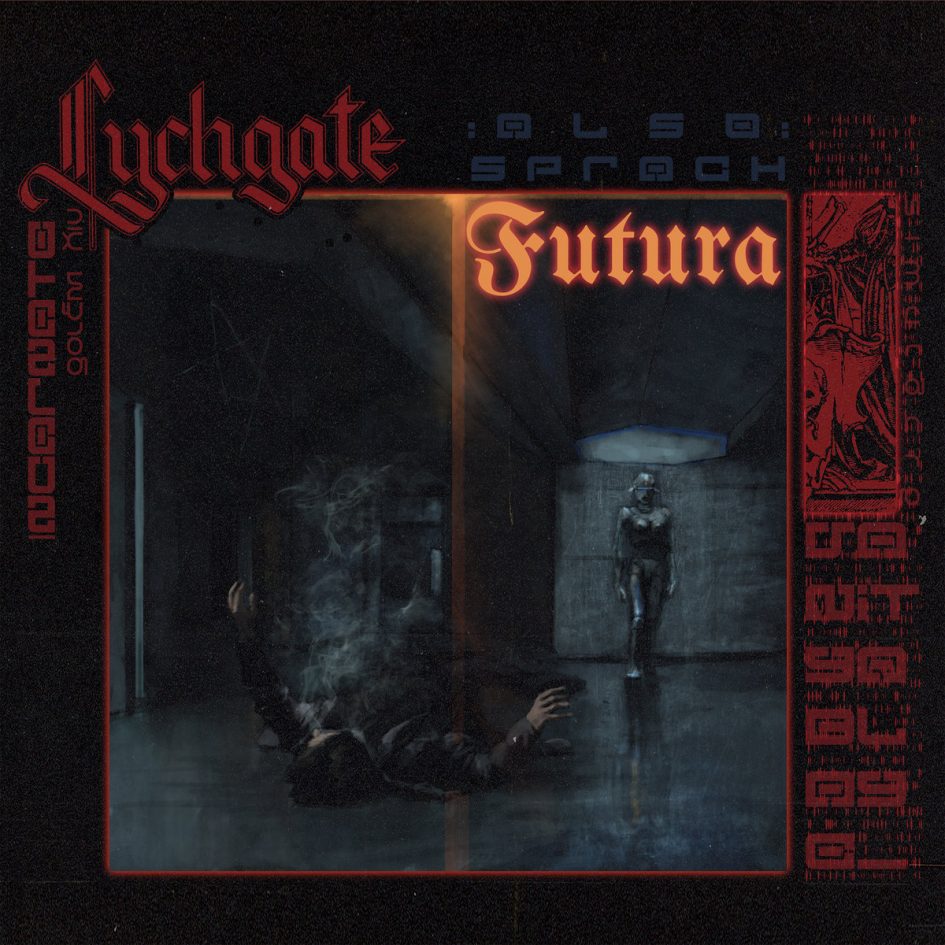 Assuming this was an album and the follow up to 2018’s 3rd full length ‘The Contagion In Nine Steps’ I got a bit of a surprise on downloading it to discover it was actually a 4 track EP and shorter in combined length than one of vocalist Greg Chandler’s single songs in main project Esoteric. That aside I didn’t feel like I had been sold short as Lychgate pack more ideas into even a stop-gap release than many do in their whole careers. This one has heavy narrative and to quote the press blurb conceptually deals with “transhumanism, simulacra and simulation, post-humanity, the uncanny valley, Pygmalionism and the fictional machine Golem XIV, which exceeds human intelligence.” This it does so by the tracks taking cues from such sources as Metropolis (book and film), Stanisław Lem’s Golem XIV, Pygmalion’s sculpture of the ideal human and the simulacrum Futura and The self-destruction of the human via the ideal human. Yep what we have here is nothing short of a Frankenstein’s monster of a release cobbled together from parts of the past and future and the strange psyches of its creators. You can of course ignore all the subtext and simply press play and experience the nightmarish tones of the music itself with getting embroiled in the ideologies themselves and this will be quite enough to warp your head anyway. Lychgate seem to be very much a thinking person’s band though and don’t do anything by half measures so even this is a dense journey that will not be for those of fragile mind who are not prepared to delve into strange and experimental sounds and tones.

‘Incarnate’ takes us into this terrifying baroque mass with juddering drumming rhythms and Vortigern’s church of the damned organ playing. Guitar and keyboards wrap themselves around things and avant-garde derangement follows with vocals both howling and gibbering with full moon madness and clean croons. It’s totally schizophrenic but gels together too with some airy and light touches behind the flamboyant grotesquery on display. It’s all over in just 3 minutes with a final coffin lid snap shut leaving you wondering what the hell you just encountered. ‘Progeny Of The Singularity’ quickly gives birth to more crazed galloping cavalcades of strangeness, the guitars of S.D. Lindsley jousting with the deranged organ zeal and thumping drums, Chandler growling over the top. We trawl through ages from Victoriana eldritch gas lamping moods to jazz laden dark smoky cabaret. It’s all incredibly Grand Guignol and over the top, hang onto your stove pipe hat and hope you manage to come out the other side. I have visions of trying to flee from a ghastly wax museum and it’s easy enough to dispense with intended ideas here and make up your own visions but they are guaranteed not to be pleasant. A gentle moment of funereal calmness has ‘Simulacrum’ bringing further doom and dread, melody is strong and hypnotic as are the clean vocals which have more than a touch of Solefald about them. Freakish Tod Browning type beings come out of the fog and take revenge and this is rooted in classicism whichever way you look at it. Visions are in black and white and Vortigern’s channelling of Bach’s vengeful spirit make this seem like music conjured up by the phantom of the opera itself. Having called Esoteric the scariest band on the planet in the past as we arrive at ‘Vanity Ablaze’ it is clear that this is although compositionally different is built from the same fractured horror.

A unique fever dream, paradoxically beautifully terrifying. ‘Also Sprach Futura’ should definitely not be dismissed for being a mere EP but should be absorbed fully and embraced in all its ghoulish glory; that is unless it absorbs you first…