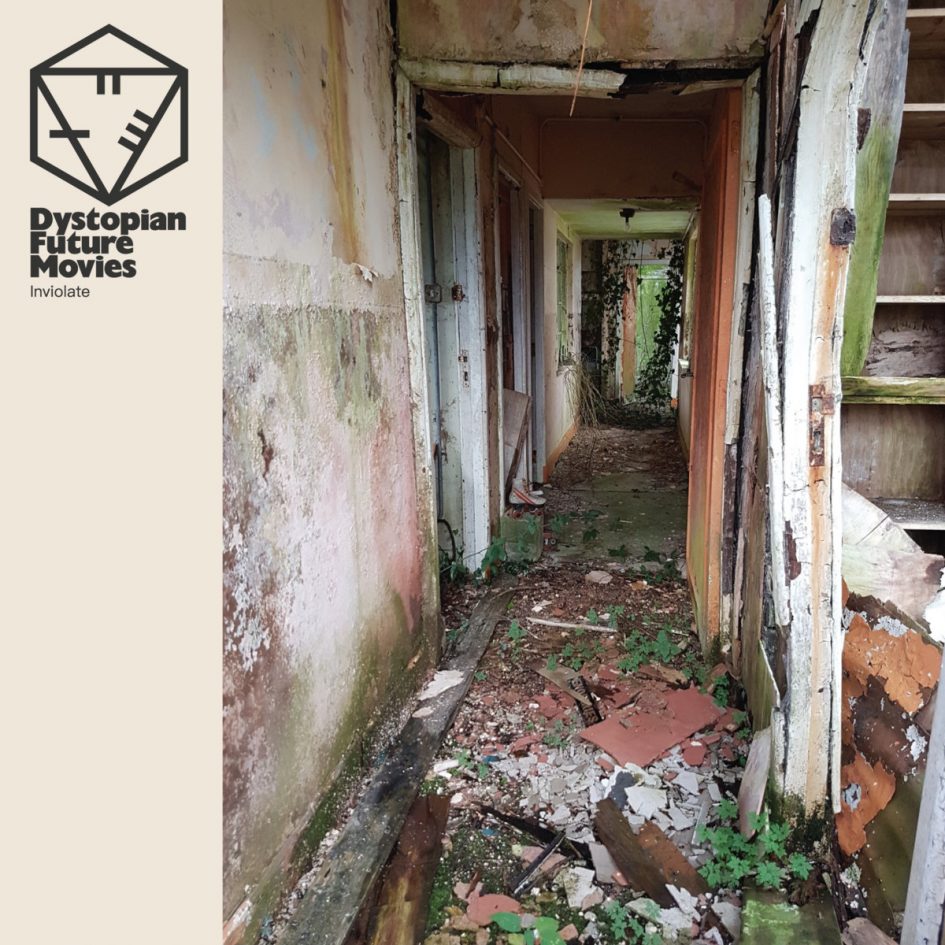 Prior to seeing them support Emma Ruth Rundle at a gig last year, I have to admit I hadn’t heard of Dystopian Future Movies but I was completely taken in by their lush and yet menacing experimental, atmospheric post rock/metal (yes they are hard to pigeon hole!) and the debut vinyl that I picked up at that gig has made frequent returns to my turntable since. It went without saying that I was keen to review their sophomore album ‘Inviolate’.

Intriguingly, the photos for this release were captured at an abandoned, dilapidated tuberculosis sanatorium in Ireland and this sets the scene nicely for the bleak, haunting melodies that follow. Current single ‘Countenance’ opens the album and is dense from the outset with a menacing air that is all encapsulating. Drops in the intensity are cleverly employed to exacerbate the power of the rest of the track. ‘Wreckage’ continues the theme with a brooding guitar intro which soon builds to a hypnotic, repetitive melody. Caroline’s powerful vocals takes centre stage adding layers to the track really building the atmosphere. The pattern continues with ‘Rules’ as raw, emotive, stripped back vocals build over a simple melody with the effect of a siren, luring in the unwary as the song swings back and forth between the more reflective passages and heavier discordant sections which shatter the serene backdrop. A more sombre tone is adopted for ‘All the Light’ before captivating vocal melodies come to the fore once more during ‘Kathleen’, telling the story of a young TB victim set to minimal background music creating something of a sinister air.

There is a change of pace for ‘Black-Cloaked’ and its post doom which is almost uplifting given what has gone before before the album is brought to a close with a more sombre feel on ‘Ten Years’, whose subtle melodic intricacies are captivating.

This album is deceptive – It is alluring, and enticing, it is mellow and calming and yet brooding and menacing. Hidden within the finesse and emotive melodies there is an air of jeopardy, with a sinister undercurrent, and it perhaps this sense of unease that makes this album stand out from its peers. This type of music, is not my usual cup of tea, but I have been indoctrinated and was completely drawn in by this. Challenging but rewarding – Give it a go!