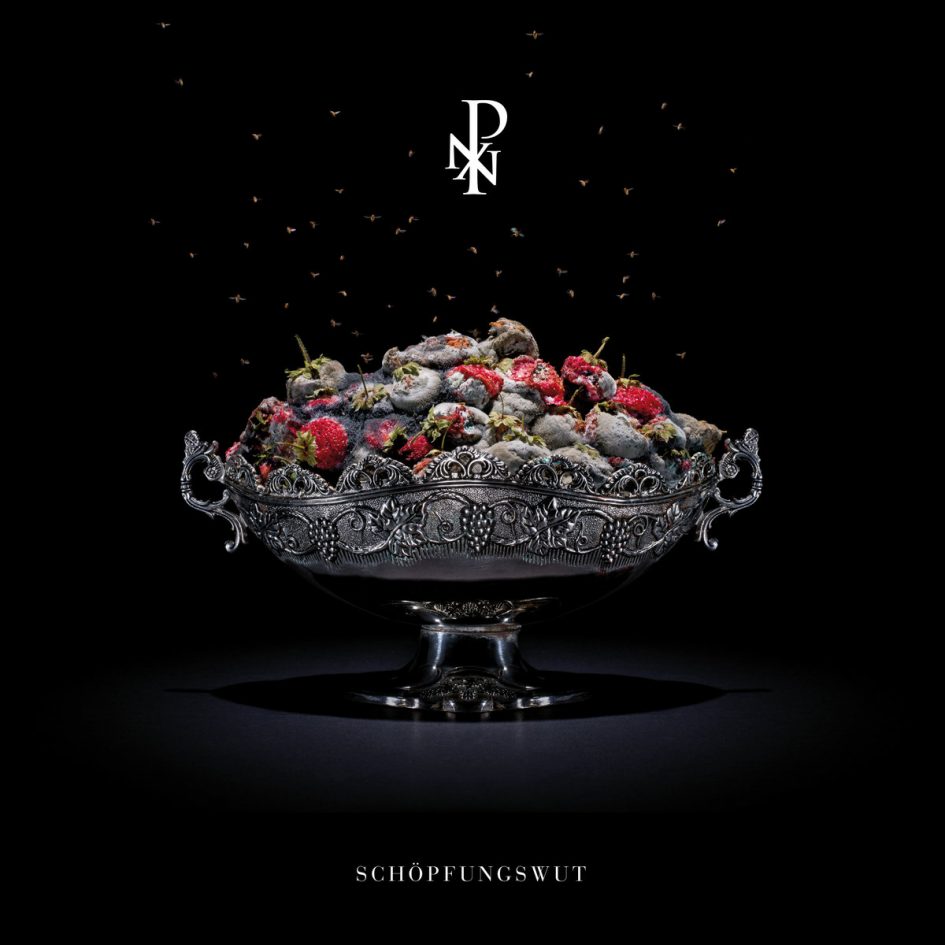 Back in 2012 a dark delicious deutsche slab of musical decadence appeared in the form of debut album Fin de siècle from this German band. It also contained one of the catchiest songs of the year in the form of single ‘Megalomaniac’, a number which starts going round in my head still at just the mere mention of the group’s name. ‘Kaiserschnitt’ followed a few years later providing a “crazed and dizzying ride with rollicking riffs and harmonious vocals.” However it has been 5 years since then and it appears there is a good reason for the gap as band members O and Gilles de Rais seemed unable to compromise on which direction to take the band and were torn between adding more rock and post rock elements or taking things back to basics and ramping up the more traditional black metal tropes. It would appear that new vocalist Tongue aka A of Chaos Invocation has been drafted in for the third album and it is pretty evident from the oft which direction they ultimately decided on from the utter blastathon the album provides on the opening bars of ‘Die Kosmiker’ Yep you can forget about all ideas of waft here it is back down to the crazed weave of the past.

Under the auspices of producer/musician Markus Stock the trio are back and sounding hungrier than ever. Indeed, the relentless feral tremolo picking and blasts of the opening number take us into the forests of pagan bravado from the likes of Norse icons Taake and Kampfar. It’s a heaving and quaking fast-ride spurred by Germanic lyricism and vocals that are proffered in both guttural and clean fashion making it all a vigorous and clamouring fist-pumping ride. The mighty swagger complete with some fast-flowing lead work is a perfect opening gambit and not one that is particularly tempered down over the following 5 numbers which are all pretty lengthy and not lacking ideas as they steamroller over the listener. Sweet treats as shown on the striking cover art are corrupted perhaps by rot and there is some of that possibly sullying the decadence in the themes here which unfortunately are lost to me in the translation. The music is kept pumping and the melody is strong with clean croons and bit of an unhinged vibe flying through songs such as the vitriolic ‘Das Rad des Ixion’ which has a Teutonic flair and spoken word parts which I am sure have an interesting story behind them. Looking at the band’s page for further insight I can see they are enthused by the works of Bethlehem and this makes perfect sense in the madness behind all this however it is paradoxically too damn cheerful in the jaunty rhythmic thrust of songs such as this to be truly comparable. The dark touch of ‘Die Augen des Basilisken’ however sees us gazing into the eye of the basilisk and turning to stone with a waltzing fervour and gothic touches. The near chanted vocal harmonics do definitely cite their inspiration in a forward-thinking fashion and despite language differences the listener is practically compelled to join in and croon along with them.

There is a richness going on here akin to stuffing too much chocolate cake (black forest gateaux perhaps) and some of the melodies leave you feeling a bit giddy, like the aforementioned ‘Megalomaniac’ the melodic trappings of a song such as ‘Unser Weg nach Elysium’ linger long after they have finished. There is stacks to like here and even on a 1st listen the album hooks you in, drawing you back time and time again to discover more each spin. As far as I am concerned proving that the band have chosen the right direction to follow, even if after the 1st song it gradually unravels in a bit of a schizophrenic fashion. The album may perplex at times and leave you asking “wut” but that’s part of the fun of it all and this is ultimately a fun album as much as a serious one. The parting shot of the title song which to me is not translatable but in my head could well be “stuffed full” as that is exactly what effect the overall album has had on me; comfortably engorged and left without room for even a hauchdünne Minze!