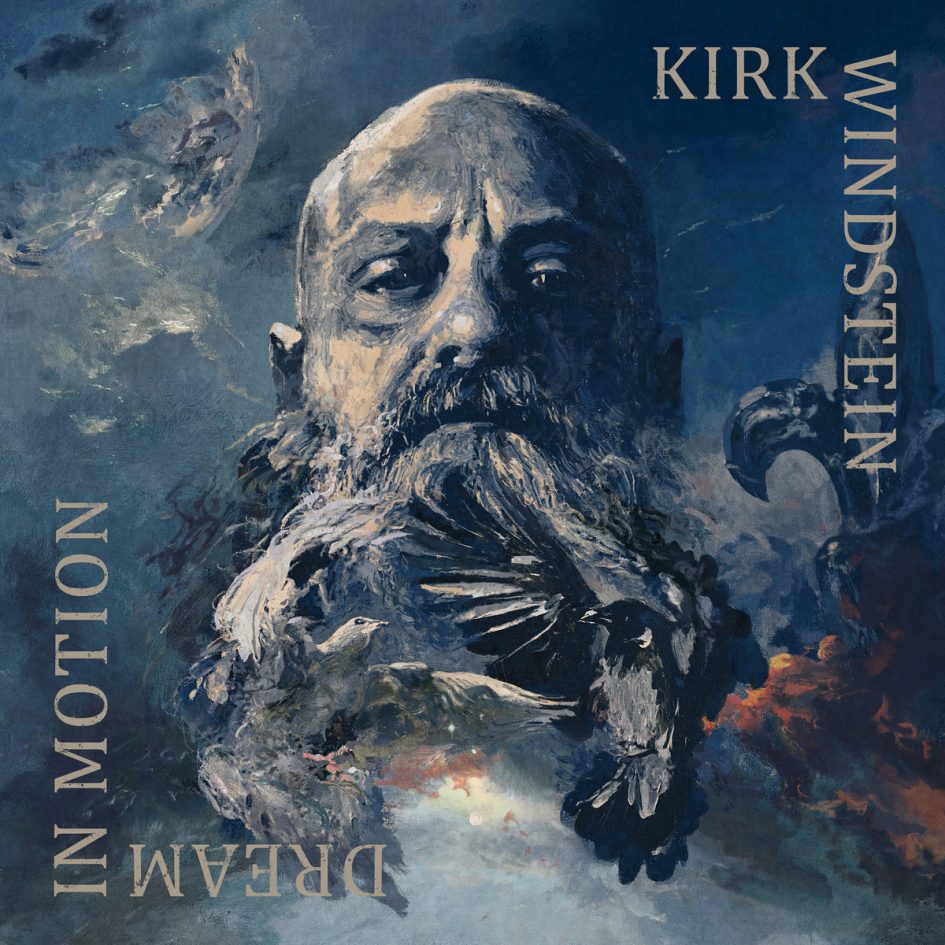 Ladies and gents, and any folks who do not identify with those labels, it is a simple fact that Mr Kirk Windstein (no relation to any #metoo misspelling fiddlers and diddlers) is rightfully afforded a near legendary status in the stoner/doom/sludge community. His superlative recent work under the Crowbar name ‘The Serpent Only Lies’ cannot be denied. However, in 2020 his talents are being drawn in many different directions: sludge/stoner/doom supergroup Down have announced that Kirk is back in the fold, with the inevitable massive headlining tour and maybe release; and Mr Windstein has announced his dedication to the Crowbar marque, with a new album and hopefully implied tour to come; and yet this compact metal hulk has managed to slot so many other commitments into a schedule that it somehow allows him to release ‘Dream In Motion’ under his own name.

So many self released “solo” albums are too often sad ego productions, where a member of a band feels the “artistic” need to express their inner self. That is not the case of Mr Windstein’s self defined release. I do appreciate as a massive Crowbar fan that this could have seemed as such, indeed, during track one, the titular ‘Dream In Motion’, I did wonder what the hell set this release apart from the many albums released under the collaborative name? I mean, the sound was loaded with near trademarked blistering deep, growled vocals, and riffs that hit you in the lungs from down below; surely, this is another Crowbar album? However, come track 2, ‘Hollow Dying Man’, the aforementioned Mr Windstein ably demonstrated that he had a previously unexplored lyrical layer to display; after a slow, creeping intro, Kirk abandoned his normal “whisky mixed with hot coals” growl to assay lighter, almost plaintive scales, the just above funereal riffs supported by unexpectedly mournful keys. Crawling through the dour dirge that is ‘Once Again’, Kirk exercises the upper register of his voice, a key unexplored in the bludgeoning sound of Crowbar, delivering a near meandering exploration of darkness and toil.

‘Enemy In Disguise’ follows, and few compromises are offered as the dark country pluckings of the guitar offer up the dark belly of American to the listener; if you’ve heard the original Metallica “Black Album” rushes the sound will not be unfamiliar, albeit this track does not sound like it was delivered via the medium of a secure house made up of money and legion of blandness dedicated lawyers! After this track the album continues to explore the normally unchecked levels of Kirk’s voice in ‘The World You Know’, ‘Toxic’ and ‘The Healing’, each being bludgeoning slices of sludge, but now tempered with lighter hints of stoner-doom.

Again, Mr Windstein explores the gentle, melancholic, almost melodic upper range of his normally guttural growl for ‘Necropolis’, a track that surely belongs in the Manilla Road back catalogue, and the plaintive ‘The Ugly Truth’, before exploring in the bonus track the sweeping tones of ‘Aqualung’. As somebody who has regularly attended Crowbar shows and being “eye to calf” with his assorted Kiss and Thin Lizzy ink I really did not expect this Prog standard to be tacked on to the end of the album. What I can, however, say, is that as a Jethro Tull fan who has been going to their shows since the 80’s, this is the best rendition of the song I have ever heard, even including those with Mr Anderson on flute and vocals on their recent 50th anniversary tour.

I know that every time I type a review for this esteemed site I seem to be drifting further and further away from the modern idiom, but in the case of ‘Dream In Motion’, a modern album that pays a respectful nod to its musical ancestry, I do not, and indeed, cannot care; this is a simple case of respectful nods to what has come before, and that quality will overcome modern tastes or not.