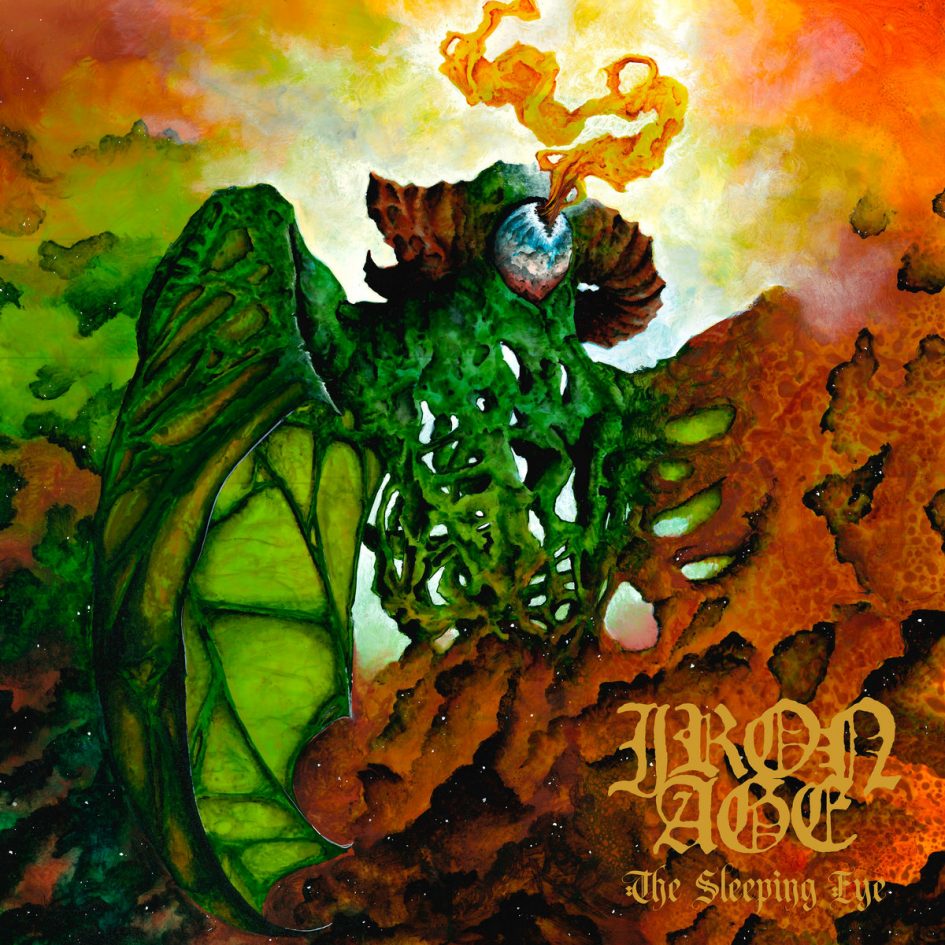 I am slightly baffled as to why 20 Buck Spin has decided to pick this up for a reissue from Texan bunch Iron Age when the original release from 2009 is still easily available including the vinyl editions. Added to that the album is in no way special or utterly essential to the discerning thrasher as plenty of albums in that scene plus crossover have been released easily as good, if not better than this one.

However on a positive note I am glad I got to hear it as the eight songs are pin point thrashing precision delivered with a harsh vocal assault that actually works here rather than a cleaner vocal style. Opening the album is the longer “Sleeping Eye Of The Watcher” and what any thrash fan who listens to this album will think is that I’ve heard that riff before or that hook there which isn’t a criticism just an observation as the opener sticks to a slower more melodic thrash guise. The crossover credentials are plain to hear when the speed increases half way in creating that old school vibe.

“Dispossessed” has a dramatic start with drum thumps indicating a build up to a riff break which does come and my immediate mental thrash reference book suggested the track “Whiplash” (if you don’t know who did this then why are you here) with the simplistic riffing barrage. “Burden Of Empire” has a slower more punchy riff that links into a fine bridging riff to set the song off. The old school aura continues here too with the differentiated pace as the song even has some Priest hints.

The sci-fi like interlude of “Materia Prima” again is very retro and wouldn’t be remiss on a synthwave release before “A Younger Earth” dives in. The gradual build up leads into a riff that is very like the UK act Evile from about the same period when this album was released. The cleaner vocal snippets are interesting though I wouldn’t say added anything extra except quirkiness. Adding to the bafflement I stated earlier is the two part track “Arcana” and why they were split instead of just one epic number which would have worked just as well or maybe better. With a lightning fast hook the song is 80s thrash personified utilising a simplistic riff backdrop against ravenous vocal assertions as the crossover crispness injects on the bridging riffing. As the first part appears to be flowing down the same well-trodden path it crushes into a slower passage that owes huge amounts to Candlemass due to the pervasive slowness that works extremely well and allows the song to intensify towards the second part and a change of riff. I would like to have heard a big change in momentum via either a speed change or riff diversion but instead the second part retains a chunky riffing structure.

Closing the album is “The Way Is Narrow” which I wouldn’t ordinarily mention as I’ve said enough but the tracks epic substrata references the doomesque foundations of Candlemass again though the sound is obviously sharper up until the fine riff change and obvious speed alteration. I wouldn’t have closed the album with this song despite it possessing individuality as it reduces the momentum but overall this release, despite being over decade old, contains enough thrashing fodder to engage fans of the genre and also maybe suggests that new material is on the horizon.