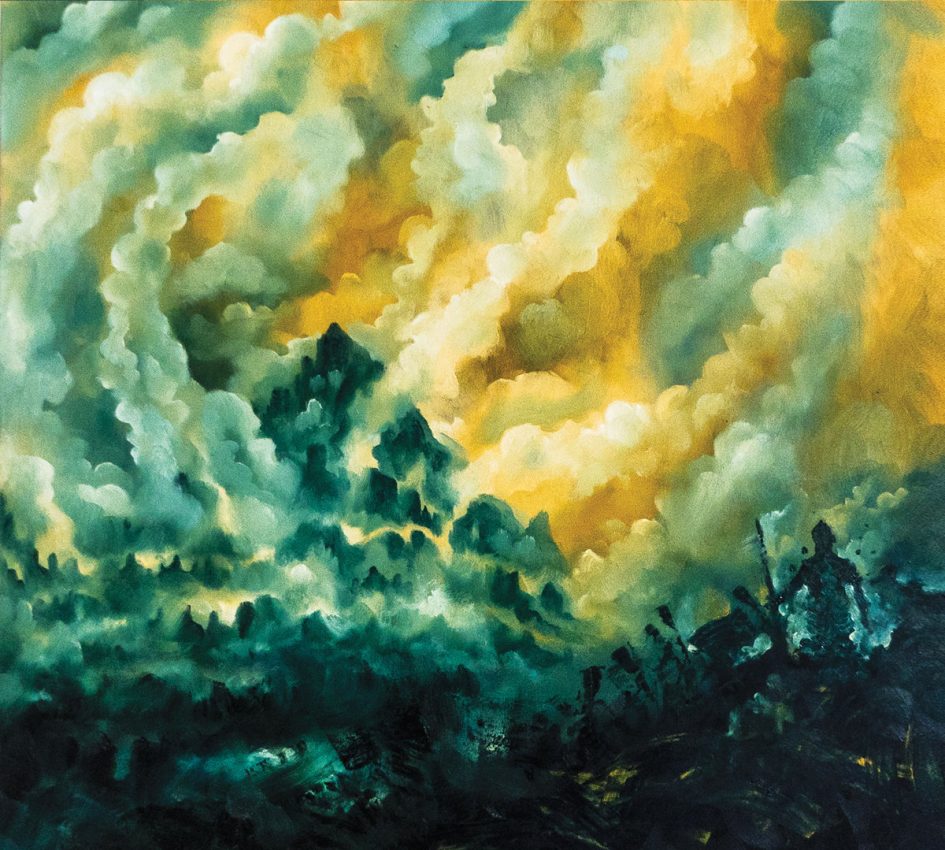 While I really enjoyed the début from Les Chants Du Hasard in 2017, I must say that this second album completely blows it out of the water. The orchestral music is more symphonic and grandiose but also a lot darker and more hostile while retaining a light airy touch as all good classical music does. The vocals seem harsher with a nastier edge to them, while the accompanying choral arrangements add to the beauty of each composition.

Sole member Hazard, opens the album with what sounds like it should be the score for an epic battle scene using “Chant I – Le Bossu” with its huge brass and drum sound over the distinctly black metal rasps.

The first of three short but sweet trips to the market is “Chant II – Le Marche” where the exquisite choral vocals over gentle strings set the mood for “Chant III – Thelxope” where the crashing of cymbals add to the ominous feel of the brass and rolling timpani behind the crescendoing strings.

“Chant IV – Le Voluer d’Yeux” is the longest song on the album and has guest vocals by Vaerohn from Pensées Nocturnes, not that I’d be able to tell you where, but it’s the complete contrasts between the mellowest pieces and the heaviest that show the range that can be contained in a single composition while maintaining the same melody throughout.

The second trip to the market for “Chant V – La Marche” is a little longer than the first, along with possibly being even more sedate in its deliver owing to the Gregorian chants used by the choir.

The far more energetic “Chant VI – La Course” is allegro to the point of being vivace, or vif as he is French after all, before the wind instruments reign everything in and the vocals become coarse shouts filled with anguish and misery.

By complete contrast “Chant VII – L’Eveil” is gentle and ballet-like in its flowing simplicity as it builds up then fades back to a single instrument.

The third and final market trip in “Chant VIII – La Marche” sweeps along effortlessly with soft choral vocals that begin to soar as the other instruments are played a little more vigorously as the song goes on.

The final track, “Chant IX – La Défaite” winds the album down and rather than ending the album on a high, it comes crashing down leaving you feeling attacked and drained at the same time.

Whether you’re a fan of black metal or classical music, you should appreciate this album and enjoy it even more if you like both.