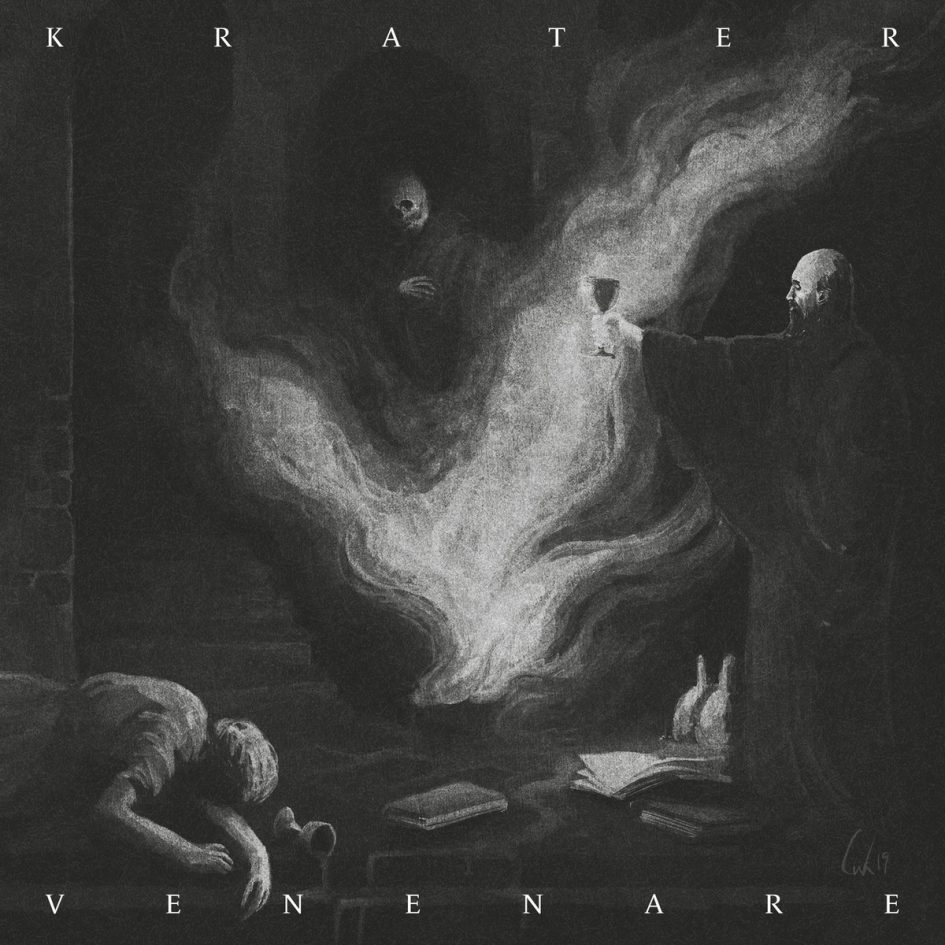 It has been raining for two weeks straight where I live, and Krater’s new album Venenare certainly isn’t something to brighten the mood.

Krater are a black metal band from Germany, and appear to be true to their name in the way that listening to their music and pondering its content will place you in a deep hole. The band has been around since 2003, and the album at hand is their fourth full length. They (or rather their press info) say it’s their magnum opus. So, what can you expect? The following: Hateful, misanthropic, nihilistic, depression-inducing, second-wave black metal. And if that’s your thing, you might well like the album.

Venenare (Latin, to poison) kicks off with the intro Eruption. In it, heavy rain sounds are joined with some lone guitar riffs. This forms the background to a few of lines of spoken word in German. The lines of text are taken from a psychologically brutal French movie titled Seul Contre Tous (alone against all) and state that life is a tunnel, but that there is no light at the end of it, there is nothing.

After a somewhat clumsy transitions, A Prayer for Demise is up. The track is what it says: A prayer for all of humanity to be wiped out, and quite an eloquent one. The album’s lyrics on the band’s bandcamp page are definitely worth a read. Themes are as listed above, the only exception being the lyrics to No Place For You. This track is a raised middle finger at everybody trying themselves at black metal without having the faintest clue about it: “You’re digging from the past, without celebrating the roots of the cult. Not worthy to enter this temple!”

The music is what you would expect it to be: Fast, furious drumming is paired with throaty and subdued vocals and tremolo picked guitars. The fact that the band sings in English and German offers some variation, as do tempo changes, choral singing and parts with soaring guitars. But if you are looking for something revolutionary or new, you won’t find it here.

The atmosphere, initiated by a reference to an exceptionally depressing movie, stays the same throughout the album. If anything, each track adds to the hopelessness of it all, and the album ends similar to the way it started. We listen to the German translation of one of the nihilistic monologues of True Detective’s Rust Cohle, accompanied by sad guitar tunes.

The album’s production is somewhat muffled, probably on purpose and as an homage to the genre innovators. I would prefer it cleaner. There are also a couple of transitions from song to song that could have been handled better.

To summarize: Solid, authentic, second-wave black metal, with a genuine atmosphere and well-written lyrics, but offering nothing groundbreakingly new.