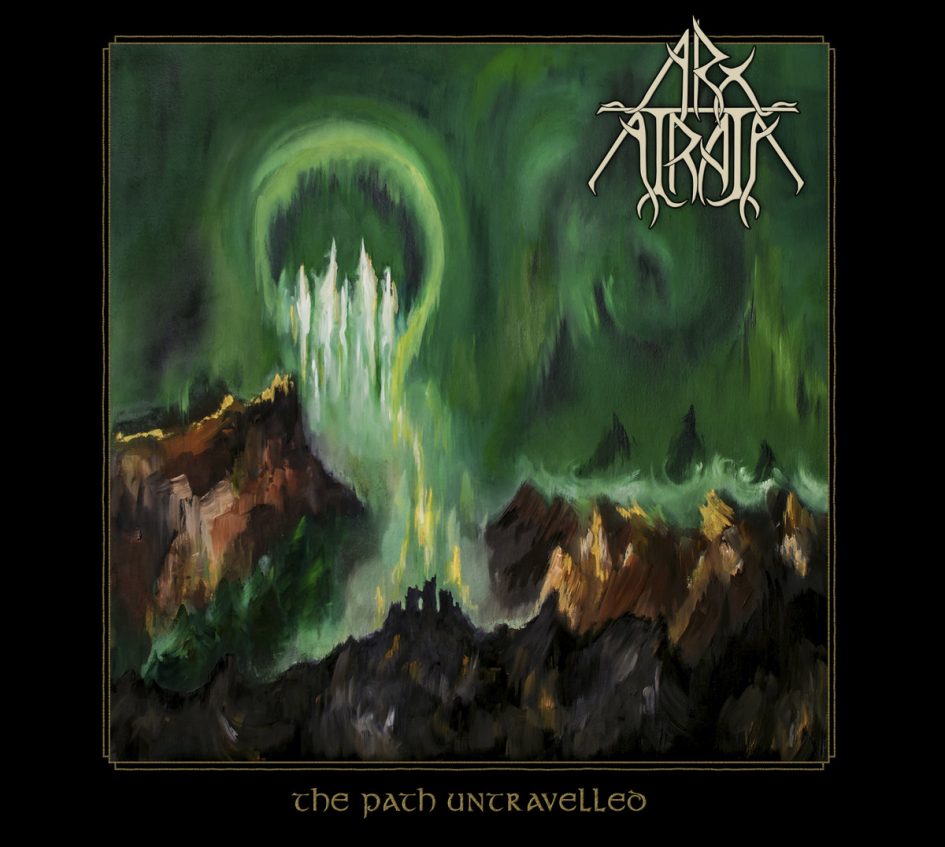 This is a path I have travelled since it began back in 2013 with debut album Oblivion and continued 3 years later on Spiritus In Terra. The one thing that amazes me is the still self-released status of Arx Atrata, hell the solo project by multi-instrumentalist and vocalist Ben Sizer deserved to be on a label from the debut quite honestly. Perhaps it is the way the musician prefers working, without any restraints, doing what he does in his own time, maybe it’s due to the fact that this is a studio project that has thus far not expanded to add more musicians and enter the live arena. One thing is certain, this is proper grown up atmospheric black metal, up there with the best that the genre has to offer and as far as the UK is concerned it is a breath of fresh air and better musically than many clan of corpse-painted goons from our fair isles could profess to aim for.

Nature and a love of the land is the main passion of this project, the places and legends of Albion, the deserted and glorious landscapes untouched by modernity and the build up of urban conglomeration. In a way it is similar to artists here like Saor and maybe Winterfylleth, there is passion, yearning and a huge sense of spirituality conveyed in the music. It is not black metal borne from nihilism and it is a journey that in many respects is an upbeat one and not full of misery. Sure there could even be a feeling of regret as the intro piece MCMLXXVII regales with faint bird-song and gorgeous acoustic guitar before spiralling into an enchanting melody, regret maybe for what has passed and what is being destroyed by mans greed and the ever reaching steps of progress that destroys everything special and leaves the legends of old and the gods that went with them all but forgotten. A wide cinematic vision sees a wish for all this ‘To Be Reborn’ and here we get a slightly uglier side with vocals squawking indignantly, you can almost feel anger at bulldozers churning up the land and fruitless fracking destroying all that really matters. There is one hell of a lot of beauty here and that is found through fast tremolo licks and synthesized components adding to the lushness of the musical soundscape. Despite the length of the songs 7 of which we get over 53 minutes there is nothing convoluted here as say with groups such as Agalloch who comparisons are drawn to, it is easy to follow the rugged paths, stopping here and there to take in the sights and the wonder of it all, a bit like a hike over mountains and through woodland trails. Thankfully one where it is unlikely to encounter another soul as the wilderness is explored.

Sure, this could be further dissected but it would be difficult to do so too as often I simply find myself wandering with the music and totally mesmerised by the sparkling notes and weaving guitar lines of a song such as ‘An Undying Verse.’ The counterpoise between the music and the feral vocals is fantastic here and this is very much music designed for those who like to think and dream no doubt provided by someone very akin to doing so themselves. In this respect 10-minute tracks are a delight and far from a chore, completely absorbing the senses and allowing the listener to totally revel and lose themselves in all its wonders.

I feel enough is said, besides I want to do just what I have stated and lose myself delving through every nook and cranny as the path unveils more mysteries and hidden troves. For once I am not even looking in search of a pub on my travels, content to sup in the terrain and enjoying the solitude provided. The mark is constant with the other two formidable albums, there’s always going to be that question of what a full band would sound like and Arx Atrata already hit the ground running. Could things be improved upon? Possibly but also somewhat unlikely. One thing is certain Arx Atrata are a hidden gem of our blistered isle and really deserve to be sought out and treasured.