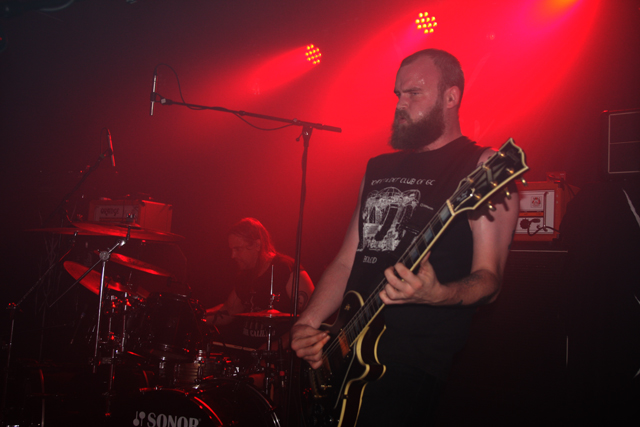 If you absolutely love an album what better way is there than seeing it performed live and in its entirety? This is a way bands and artists have embraced fully in the last decade or so and it is a trend that certainly seems to be getting ever more popular. Belgian group Wiegedood have taken things a step further though and have embarked upon an ambitious set of dates kicking off in London tonight and playing the whole of their ‘De doden hebben het goed’ trilogy of albums back to back. Unsurprisingly there are no support acts and as the venue fills up we are treated to darkness apart from a stage bathed in red lighting, classical choral and folk music from the PA. To say there is an air of expectation would not be an understatement. As the time approaches for the trio made up of Oathbreaker and Amenra members to take the stage bodies cram themselves to the front of the stage. The question is are the dead going to be doing well tonight? That’s easily answered as far as anyone who has seen the band before will know and any mellowness in the air is about to be torn asunder by blistering Belgian blackness. By hells teeth as they took their position and moved from silence into the unrelenting and absolute savagery of Svanesang with loud decimating and completely on-point co-ordinated finesse those of us standing near the speakers felt like we had been floored. Having seen the group play at The Black Heart and a couple of other shows previously I knew exactly what they were capable of but that still doesn’t leave you prepared for the jaw-dropping experience that this quickly turned out to be. The screaming guitar flails without mercy until suddenly everything drops out apart from the doom like lone chord with atmosphere dropping from it and thankfully that is all we hear due to respectable audience silence without which things could have been ruined. As the drums are thwacked and the track blazes in again with flattening speed at a million blasts a second it is almost too much to take in. Talk about bowed down by the weight of it all. Attention is paid to the players. Levy spits into the microphone strumming furiously. At first the vocals are lost a little but moving around the room improves definition and they do get louder as things proceed. On stage left Giles digs in on the other guitar getting wringing out some amazing tones as Wim batters away at the back. People are bent down by the heft and savage weight from front to back of venue. As things progress hypnotic peaks are hit and enthralling moments of sublime melodicism entrance and captivate. Of course we know exactly what is going to be played and no doubt everyone has their favourite parts of the trilogy. We are taken through huge motions, vocals now leap out the speakers as the clattering drums and cymbals destroy everything in their path. Strobes make us dizzy as they hit in co-ordination with the furrowing density of the music. There is nothing in way of pause between albums, what did we expect though, prima-donna costume changes, not here. ‘Ontzieling’ makes its mark with grooving melody instantly hooking in and then massive storming blackness and embittered rasps. ‘Cataract’ momentarily soothes with sorrowful acoustic guitar work taking on to a more solemn and funereal tone paying respect to the aforementioned dead, before the massive contusion of everything weighs in kicking and screaming. Those strident guitar chords amidst it are fantastic. Each and every one of these momentous numbers deserves utmost reverence, despite their relative newness in the grand scheme of things there is no denying that these albums should already be considered classics of their genre and when we get to the third part, probably the freshest of the albums to most ears the roof is raised just that bit more. With a howl we are on the Prowl and stalking guitar lines take off like a black gloved giallo killer on the hunt for victims, perhaps being Belgian a serial killer with a penchant for stomping on postmen and snuffing granny out! Descending into apocalyptic 28 days later dystopia the road is diverse and the feral breakneck clamour glorious. The ending was a bit of a blur as Parool ground us into submission and I can’t have been the only person leaving the venue, dizzy, deaf and delirious. The dead spoke tonight and I can still hear their clamouring for souls ringing in my ears. 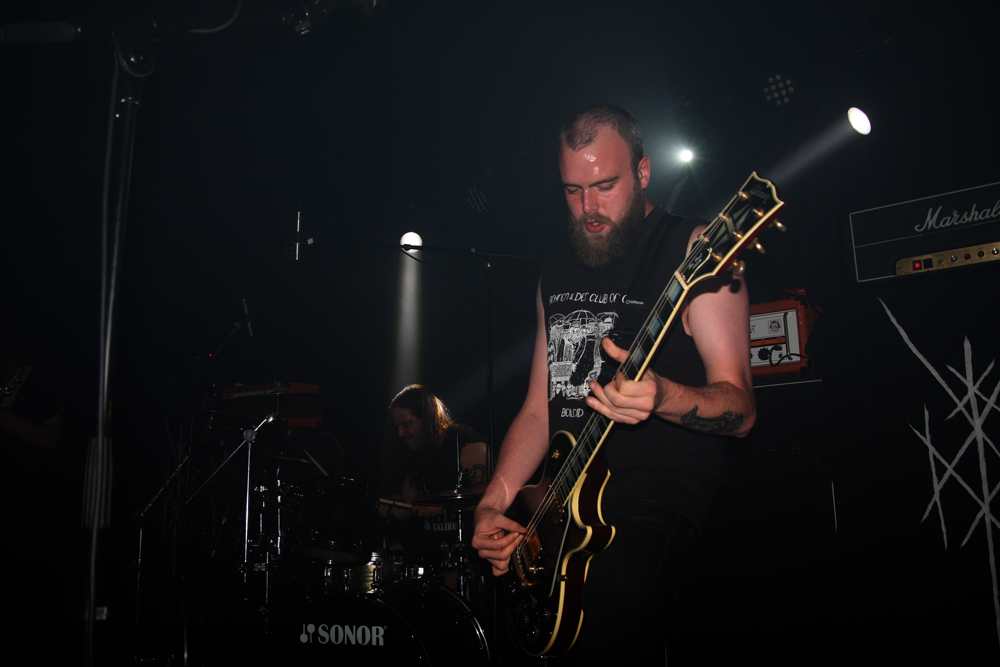 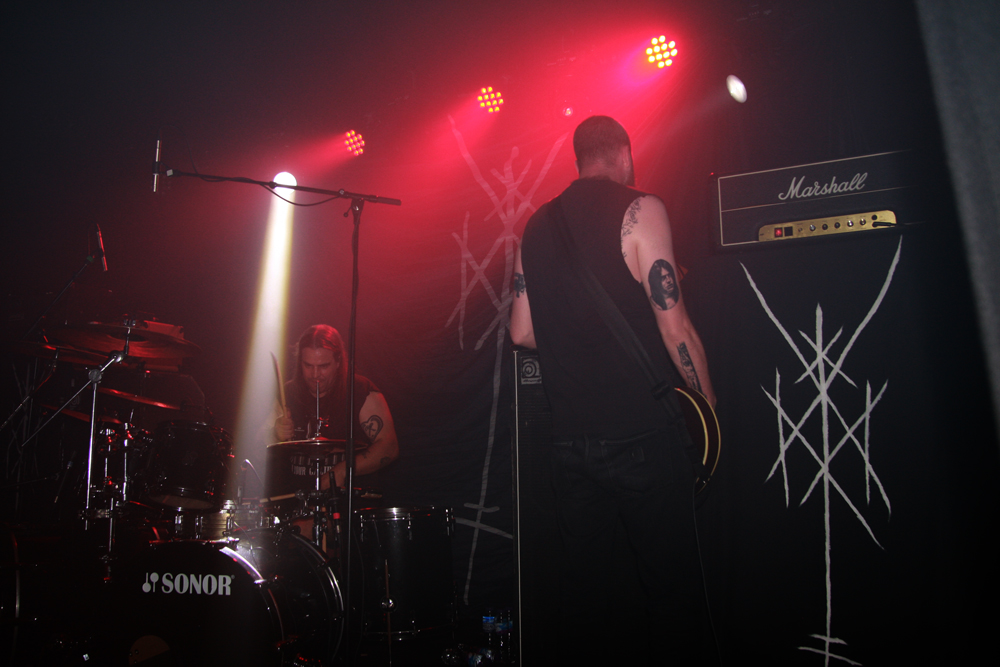 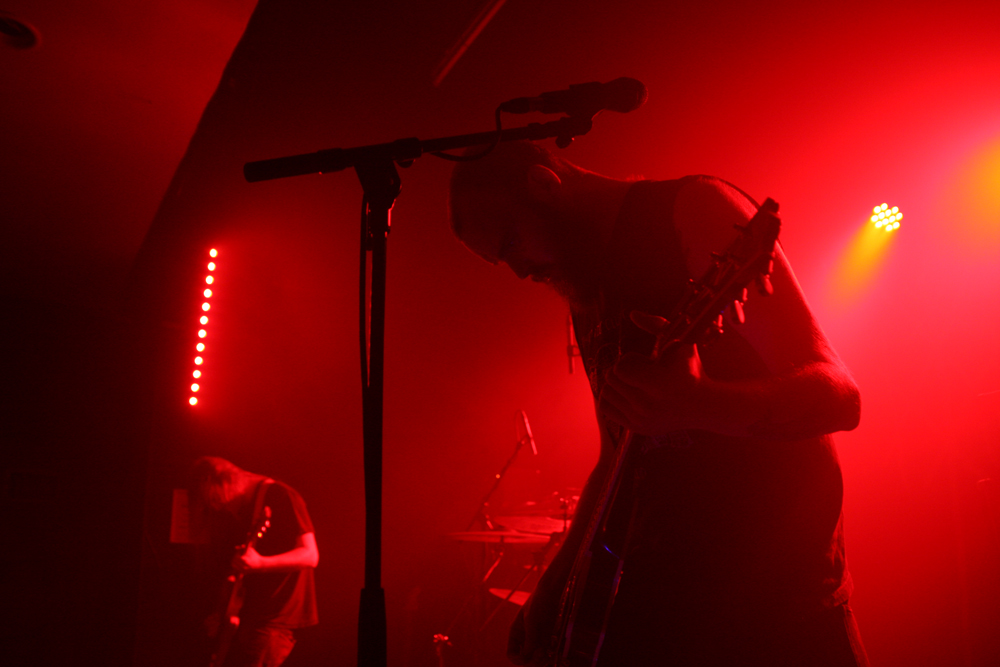 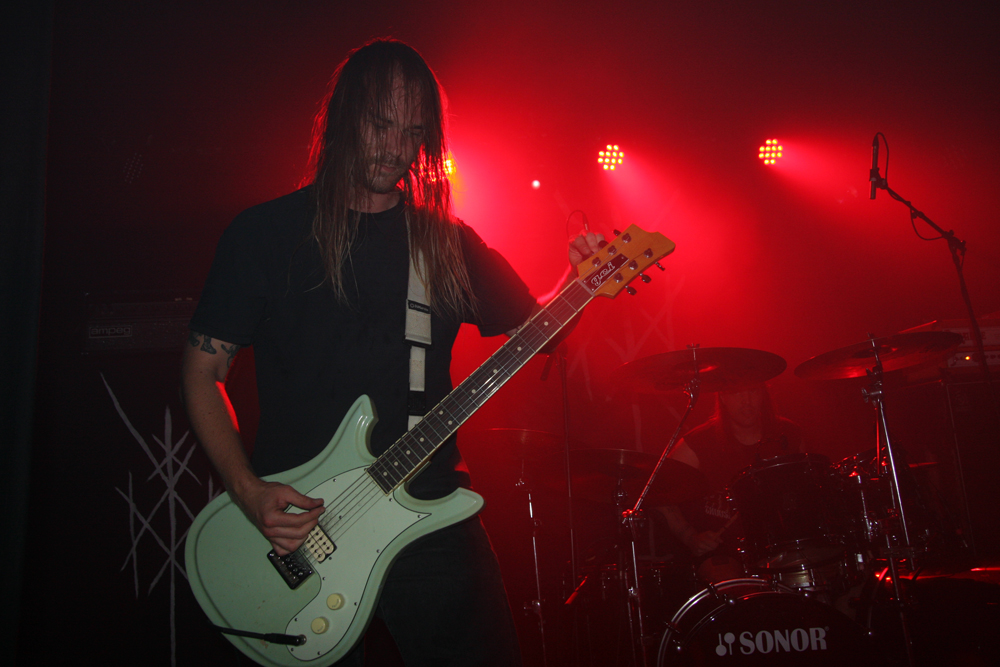 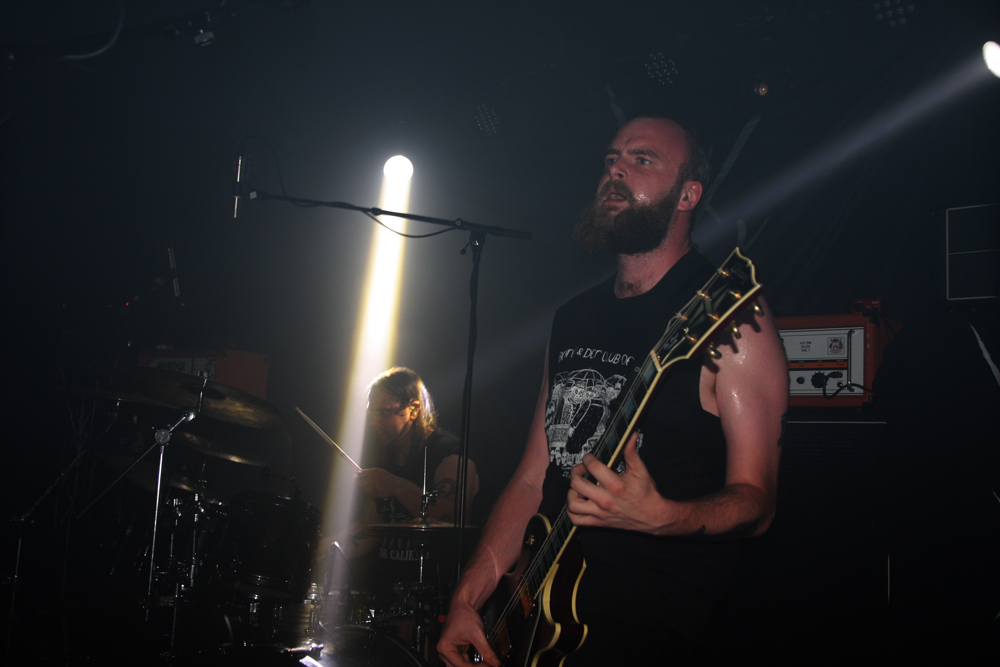