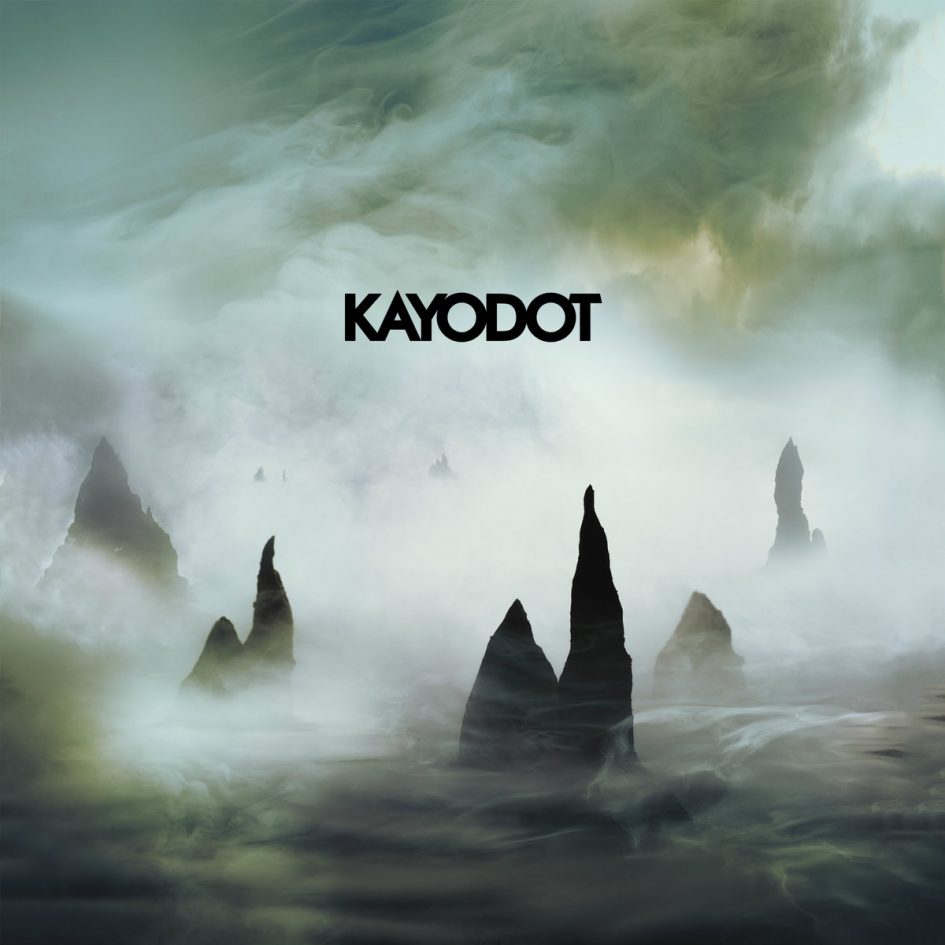 To quote the band: “Kayo Dot is an avant-goth, progressive experimental doom, abstract electroacoustic black modern compositional metallic band based in Brooklyn NY”. Unsurprisingly I didn’t know what to expect exactly but I knew that Kay Dot’s ninth album “Blasphemy” was going to be free and full of creativity.

Good albums are those which have impact, and opening track “Cumulonimbus” is the first to have just that. Dark and weighty, the recurring rhythm is like a clock signalling doom. The anxious strains of band lead and vocalist Toby Driver add tensions. Shivers ran down my spine. A driving drum beat kicks off “The Something Opal”. The instrumental pattern is rich and abnormal, yet like a heartbeat. There is energy and life. Toby’s vocals accentuate the tension as ever. The innovative instrumentals are dark but fresh, so it’s alluring. The ringing sound of the guitar generates a heightened atmosphere. The spooky developments remind me of Tiamat a little, but Kayo Dot’s structures are unique. In fact each of their albums is unique. There so many creative elements at force here. Kayo Dot are known for this. Once again, I found myself hanging on to every note here, as I experienced – it’s too mundane to say “listened to” – the multi-edged world of “Lost Souls on Lonesome Way”. “Vanishing Act in Blinding Gray” starts out dreamily and melancholically – a bit Floydian or even reminiscent of later Beatles, I suppose, while having the spatial oddity of Bowie. This psychologically haunting song spreads out in its own progressive way, of course. It’s disturbing and I’m sure meant to disturb. Sounds become intermingled, as the song becomes more emotional and increasingly frantic. The world is uncertain but the imaginative investment is clear and fertile. Phew.

An electronic backdrop drives “Turbine Hook and Haul”, another pensive piece which draws us into its craft. The almost extra-terrestrial moodiness has a strong air of Porcupine Tree. This album has a theme, and is based on an allegorical story by Jason Byron concerning greed and ultimate destruction at the hands of a girl called Blasphemy. The songs convey dark storytelling but through the expressive instrumentals portray wider forces. And on I dreamed … darkly, as the sinister, evocative rhythms, words and sound effects continued to haunt me. On the face of it, “Midnight Mystic Rise and Fall” is musically anarchic but it is an impressive expression of dark places. If “Midnight Mystic Rise and Fall” is anarchic, “An Eye for a Lie” is like a collapsing world, accentuated by the sound effects, as Blasphemy has her way: “Blasphemy laughed and grinning, she fixed him to the holy hook and put an end to his sinning”. We seem to be plunging into deeper waters. The album ends with “Blasphemy: A Prophecy”, a tribal sermon celebrating blasphemy’s superiority over “the ship of fools”.

Kayo Dot hooked me in here. It is hugely powerful and thought provoking. Sometimes, the music can get in the way of the theme or vice versa. Not here. I became increasingly aware of the story, which was reflected in the wondrous and dark array of sounds. “Blasphemy” is one mighty album.