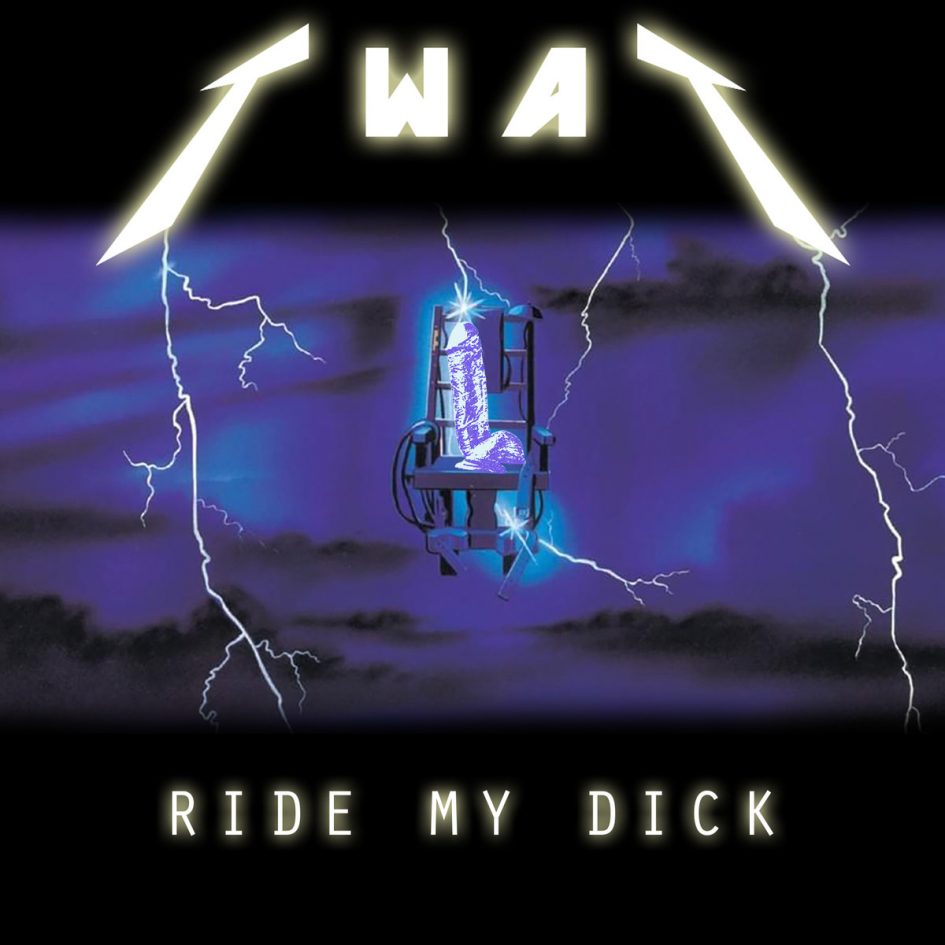 Good god. Where the fuck to start with this? Formed of some of South London’s most renowned locals, you can probably already guess that this was recorded at the Cro’s Nest, ‘Ride My Dick’ is the debut album from powerviolence posse T.W.A.T. In case it had escaped your notice, it’s a play on Metallica’s ‘Ride the Lightning’ and, yes, that’s a dick (maybe a dildo?) sat in the electric chair. Lovely stuff. You don’t have to be a genius to work out that this four piece aren’t taking themselves at all seriously and this record is probably going to sound something akin to Phil Mitchell being fisted with piss soaked barbed wire. Catchy as heck song titles such as ‘The Only Thing More Joyless than a Sexless Marriage is The Gluten Free Option’ work only to affirm this terrible first impression.

Honestly, ‘Ride My Dick’ is the breath of fresh air that the PV/noise genre needs – in a social and political climate that’s becoming increasingly terrifying, many bands of this ilk are turning to commentary on the fate of their future through the medium of their music and it can weigh heavy on the heart at times. With songs poking fun at Nails’ Todd Jones and celebrating their love of cheese based snacks, T.W.A.T are a mindless, light hearted distraction from all of it. Fiat 500 owners have Love Island, the unwashed masses of dreadlocked reprobates have T.W.A.T. Right on.