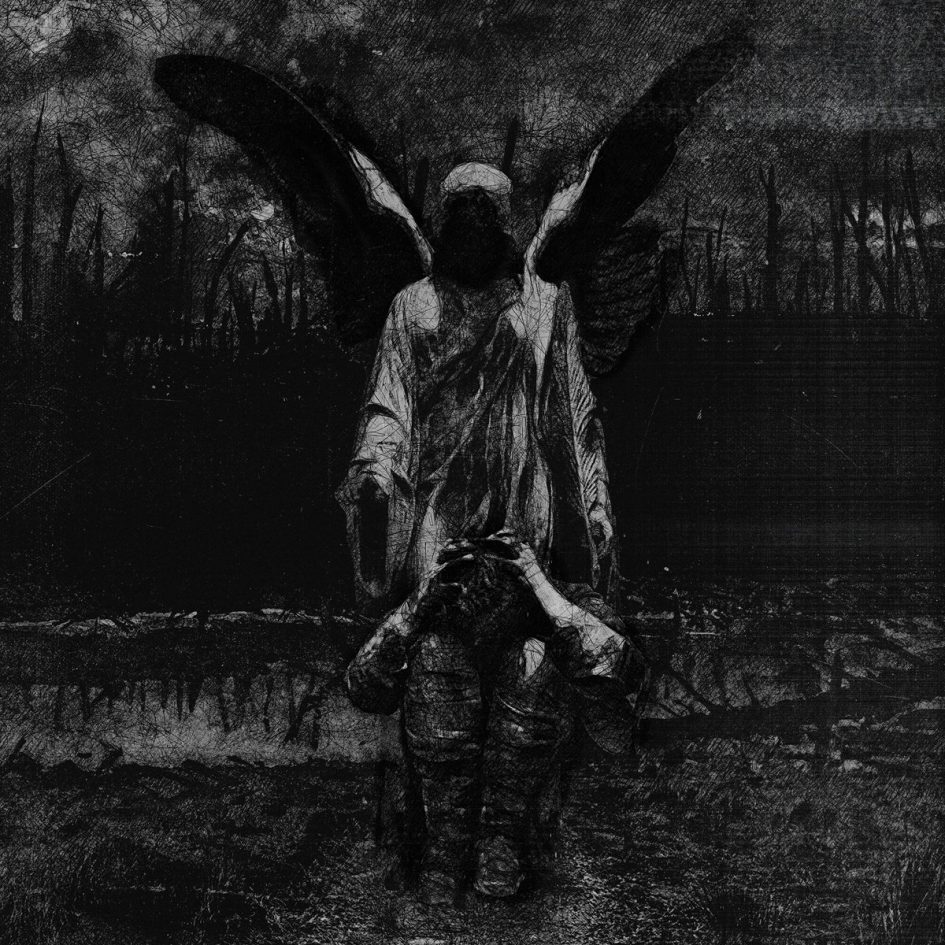 How have I not alighted on this band previously? World War II (loosely) themed Canadian black metallers Panzerfaust have been kicking around for a while now but, with only three albums before this, it’s perhaps understandable they could have flown under my radar despite the obvious attraction of what they’re trying to patch together here. The band’s name may be taken from a German anti-tank weapon but (and it pains me to have to add this these days) the band is pretty clear that that’s where its interest in the Third Reich ends and that its members reject extremism in all its forms and ‘stands for the free expression of all people’. The band is more interested in the terrors of war and combines that with religious – or perhaps more appropriately anti-religious – imagery and sentiment. Not so much the machine gun fire of Marduk, as might have been expected from the name alone, but a far more distinctly French depth to their sound that combines darkly delivered fervour. Dipping into their back catalogue just out of curiosity suggests the band’s first couple of albums were very much in the early Marduk or Enthroned mould but things really started to shape up into something far more interesting during the band’s last album 2013’s Jehovah-Jireh: The Divine Anti-Logos where things took a different turn. The album, which would later attract the attention of Eisenwald who unsurprisingly snapped them up, serves up some instant gems with and …And Jesus Wept and The First Con Man, The First Fool delivering some powerful black metal.

The Suns of Perdition kicks off firmly where that left off in that Panzerfaust are clearly determined to set a course into less predictable, slightly more progressive black metal territory. Searing, nose-bleed riffs combine with the more occult-ish, progressive approach while the band use sound effects sparsely and to maximum effect, such as with the excellent strafing Stuka sounds to emphasise the sweeping percussion-driven and sinister melody on the second track ‘Stalingrad, Massengrab’. The effect is a soul-destroying rapid fire dirge straight out of the Antaeus/ VI/ Aosoth/ Temple of Baal/ Order of Apollyon handbook. The Decapitator’s Prayer encapsulates it all nicely in a brutal six minute assault and a piercing use of tremolo guitar that is impressive to pull off and gets better as the track reaches its climax. After three tracks that are aimed squarely between the eyes like silver, crossbow-fired crucifixes into the sheet white forehead of a vampire, it’s a little disappointing to find we’ve already reached the final track. But what the hell. The Men of No Man’s Land 13-minuter only makes you wonder what Panzerfaust could have done with another 20 minutes – and this album is billed as the first part of four after all.

The giant closer pulls just about every trick in the book and then some. The track is a glorious ode to the pointlessness of war backed by floating, rhythmic backing vocals, intermittent excerpts of sound and a bassline so thundering it at times makes you wonder whether we’ve crossed genres into Bolt Thrower territory. The lyrics are based largely on In Flanders Fields by World War 1 Canadian war poet John McCrae. The deluge of sound does indeed borrow some from death metal but the finished result is a feat that could only have been delivered by a black metal band incorporating such a mass of aural patterns to such effect that time loses all meaning. A great return from Panzerfaust – a band name that probably now does them a disservice, since its likely to put some more sensitive types off even checking them out, even though it does also aptly describes some of their most powerful moments. Listening to this I had a twinge of regret for missing them at their recent London date. Next time maybe… Meanwhile, here’s looking forward to the next three parts of this ambitious project.