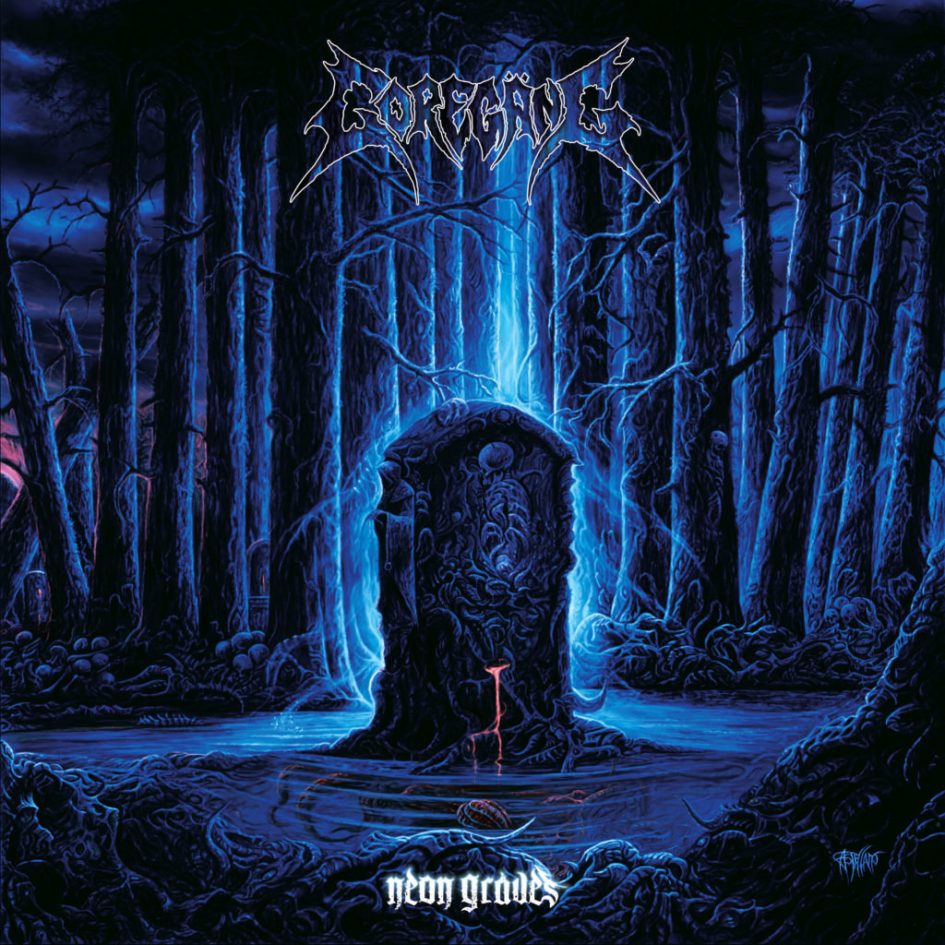 Crust Punk to me represents the unifier between Metalheads and Punk Rockers. The sheer aggression of Motörhead combined with the likes of Sex Pistols or perhaps for a better example Sham 69 or Crass. It’s a nasty genre devoid of the beard stroking intricacies of Prog Rock, NWOBHM or any other such more melodious music. Rather it is a representation of the extreme and Crust along with Thrash were probably the first genres to integrate Metals heaviness with Punks aesthetic and ethos. In turn Crust played a large part in the rise of Grindcore and equally Death Metal. So next time you bash some 70’s Punk band remember they are the precursor to Crust and latterly more Extreme Metal.

Coming from Florida a state known for its Death Metal prowess come Goregäng. Formed in 2016 they promise to bring us Crust laden Death Metal with no holes barred. A year after their formation this violent duo released their debut self-titled EP and two years later in 2019 they now offer us Neon Graves. The album is put out through Transcending Obscurity Records and comes complete with the full Old School Death Metal theatre that one might expect. So with that in mind transport yourself back to Florida in the 80’s, imagine the wash of influential Death Metal bands on the rise and then picture Goregäng, let’s see if they fit in that time frame.

The introduction to this album A Cavity In Reality is a tortured affair of dissonance that surprisingly works, I normally detest this sort of false hype but here we get a good flavour of the bands sound. Speaking of sound the band appear to draw a fair amount of influence from Swedish Death Metal in the vein of Entombed. Perhaps it’s the crunchy Crust heavy guitars that offer up this Boss HM-2 feel or maybe the grubby, gruff vocals, either way it is a welcome addition. A good helping of gang vocals in False Flags, Cathedral Of Chemicals and Spray Of Teeth also shows off some Punk influence almost Crossover or Hardcore in sound and delivery.

The gang vocals aren’t the only catchy hooks however, the vile spew of lyrics in Silence Is Consent, Goregäng and Weightless Sentinels are also huge draws for the listener and give the album a definite air of re-playability. In fact the whole album has a good amount of drive behind it. Neon Graves feels very old school yet with a new flare, kind of like a newer version of Bloodbath or the Thrash Metal revival brought about by the likes of Evile, Gama Bomb and so forth. I personally really enjoy the punchy nature of this release most songs don’t even break the four minute mark giving us plenty to digest and get our teeth into, this is the sort of album in which you can feel the bands passion and drive.

Overall I would praise Goregäng on this effort, for me it brought me the early days of Death Metal with added flare. Taking each and every little detail of the genres eclectic history and displaying it as a putrid cadaver on public display. This brand of angry, filthy Death Metal is something that is often amiss in today’s Metal subculture and to see it brought back is truly inspiring. For me as a fan of both Metal and Punk this ticked all the boxes. There are a few bands every now and then that really capture my attention in a Metal Punk sense, namely Engerica and Nekrofilth, well now I have another to add to my list the devilish Goregäng.