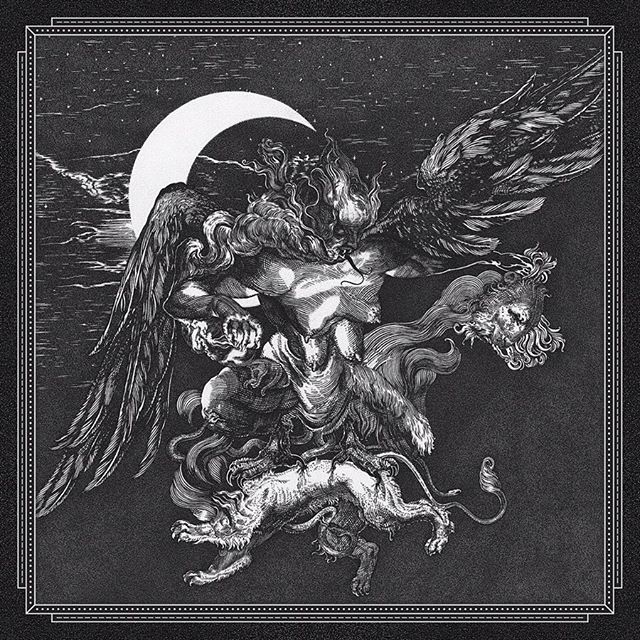 A bit of Polish black metal never did anyone any harm. Deus Mortem from Wroclaw now bring us their second album from the chasms of chaos and destruction.

As you’d expect, this album has an uncompromising and violent edge. Deus Mortem start out with the intent of blowing us to bits, before calming down a bit and spending a bit of time carefully extracting our entrails. “Remorseless Beast” is followed by the similarly thrashing “The Soul of the Worlds”. This recalls black metal of yore. Marduk and Impaled Nazarene came into my now defiled head as Deus Mortem proceeded to blacken the air with filth and violence. Tempo changes and even a fleeting choral line interrupt proceedings and make things more interesting, but ultimately this is a wild and turbulent endorsement of rebellion and chaos. The winds blow in a more intense direction on “Sinister Lava”, whose title sums the atmosphere up neatly: it is a thick flow of black menace. “Through the Crown It Departs” is a belligerent war march. To tell the truth, I found this was all getting predictable. Fires continue to burn however and we find ourselves marching imperiously into battle once more on “The Seeker”. My hopes lay in the eight minute long “Ceremony of Reversion pt 2”, which has epic elements but in spite of the sinister drum beat and war chant mid way through, didn’t send my blood racing. It’s a dark, cloudy scene but it is rather hackneyed. Still, the pace picks up and “Ceremony of Reversion pt 2” has a pulsating end, which was the highlight of the album for me. “The Destroyer” ends the album but whilst echoing the belligerent atmosphere of its predecessors, creates no new excitement.

There’s no shortage of menace and intent here. It’s true that not every album can be the fount of originality, which “Kosmocide” most certainly isn’t. The intensity and musical dexterity is there, but atmospherically it passed me by a little as I’ve been in the middle of this war so many times.