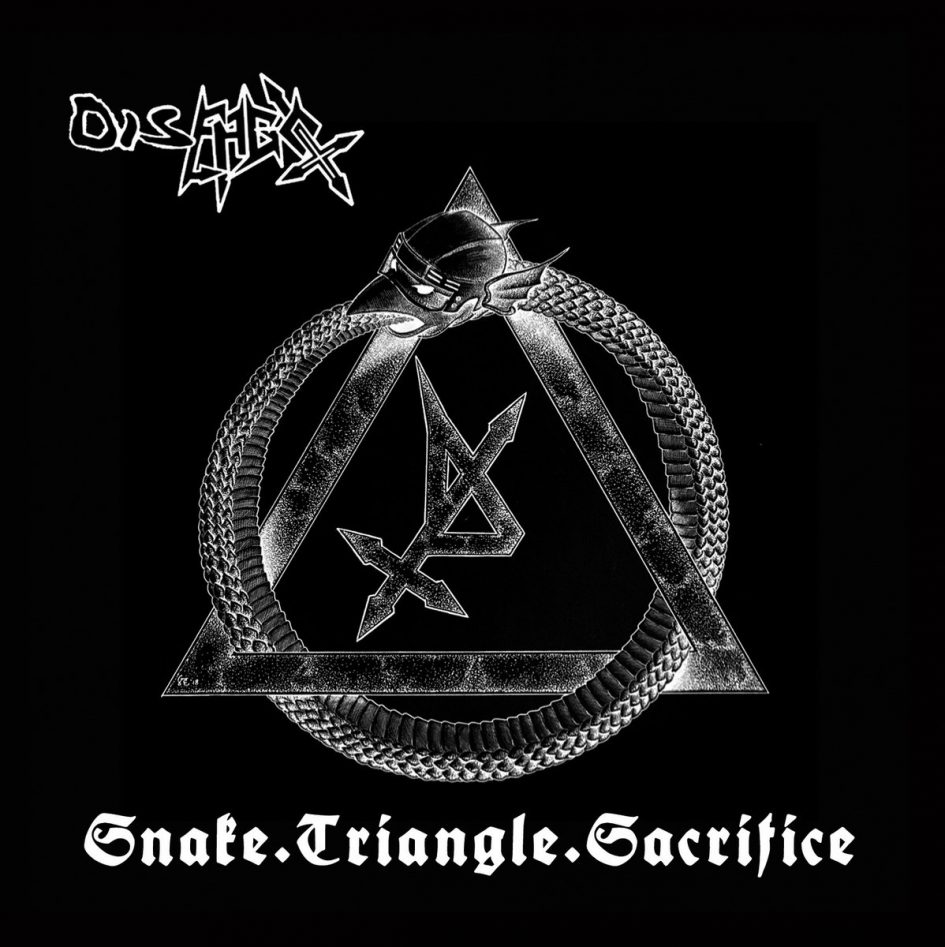 This grubby UK outfit’s vitriolic seven inch from 2015 is riddled with vehement chaotic nihilism, an honest slab of discordant mayhem ransacking various genres and this newest offering continues those assertions with an album saturated in old school violence but revelling in fresh carving riffs and bulldozing heaviness.

The opener’s feedback laden start bristles with energy and even though it’s titled as “Intro (DUP)” there is a palpable tension within the rawness of the riffing as the song rips into “Disfago, Disfago, Disfago” with a scathing riff assault. The bands crust filled vocals work perfectly with that rawness on the sound which I particularly liked as the song envelops in pervading grittiness with shouted vocals also added for a punk like aura too. “Meat Quest” continues the fury though not utilising outright speed to any degree, the songs fervent punk riffing ideology is perfectly poised within beastlier vocal delivery. The urgency is stepped up as a very cool and catchy riff is dropped in like a grenade as the chaotic structuring sees the song shift from one tempo to another fluidly.

The weirdly titled “Puck Up Your Ass” boasts an ear piercing high pitched vocal squeal to initiate before the song quickly swerves into hardcore ferocity, but again not using any speed workout for power, preferring to pivot the song around the rampaging riffing which has tenets of thrash and straight metal just a hell of a lot crustier. The bass hook infestation on “Brexit” is excellent, a pulsing ramrod in the track the speed surges, taking on a thrash angle as again the vocals veer from maniacal screeched to wholesale demonic tones and venomous shouts. The bands in your face sound is barbaric as more bass deluging infects “Where’s Byron?” with half blasted speed as I absolutely loved the ending riff phase with its crust leanings.

My reference to high end vocals indicate a penchant for King Diamond given away possibly by “Merciful Fete” which has an immense bass run that leads into a black thrash guitar hook. The song hurtles along barely breathing as the vocals take on schizophrenic posturing with a myriad of styles leaving only the closer “Outro” to clearly stamp its mark on your already browbeaten skull. Whilst titled as an outro the song possesses some vocal diatribe alongside rancorous feedback and a chaotic approach that threatens to blur into oblivion before returning the song to a more crust like footing leaving you in no doubt that Disfago have kicked the fuck out of you.