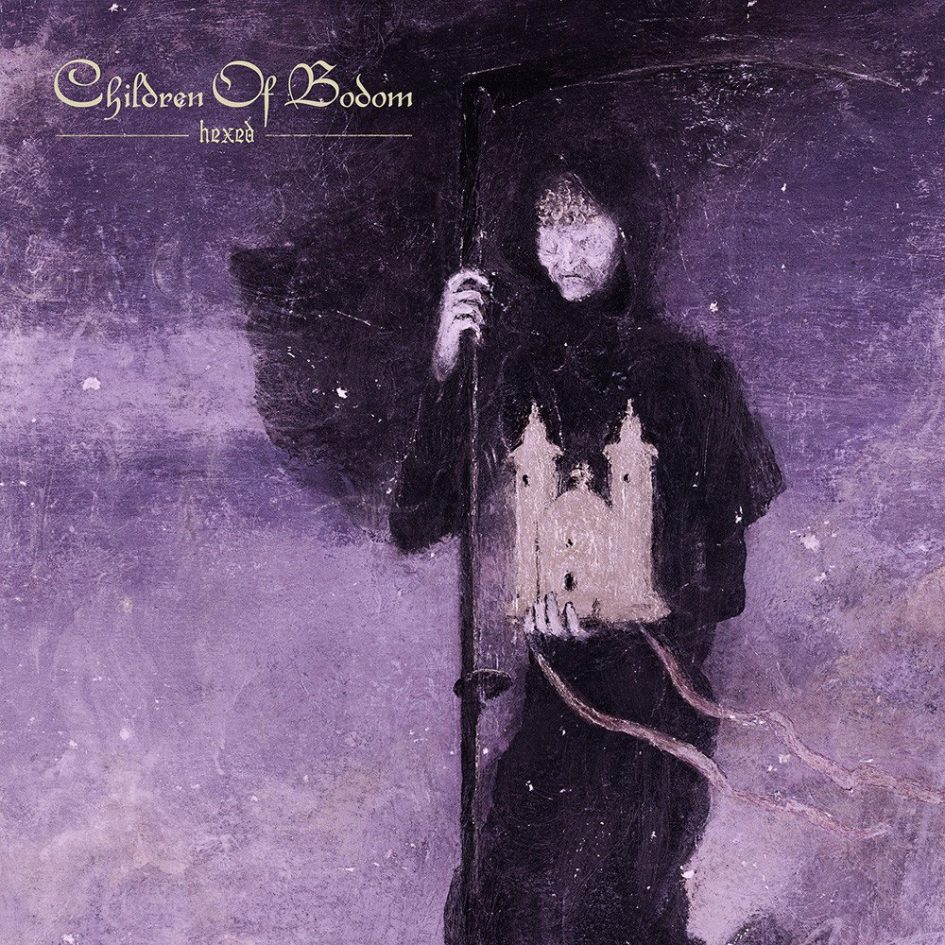 It’s been 3 years since the release of ‘I Worship Chaos’, the first CoB album I heard, and admit to still being remiss about going back to listen to their first 8 albums. But then it doesn’t appear that they are resting on their laurels anyway, so reminiscing rather than reviewing this album for what it is would be pointless. Daniel Freyberg has joined the band since the departure of long time guitarist Roope Latvala in 2016, and his style appears to fit in without much difficulty.

With absolutely no time wasted, they dive straight into “This Road” where Alexi Laiho’s guitars are emphasised by Jaska Raatikainen’s drums and the precise cymbal crashes to go with his rapid footwork.

“Under Grass And Clover” is a bit weird on the ear as it has a very gentle and lively feel owing to Janne Wirman’s keyboards, but Alexi and Daniel’s guitars are rough and ready with a far harsher riff structure, which to be fair matches Alexi’s vocal delivery perfectly.

The only thing faster than the leads on “Glass Houses” is the drum accompaniment or perhaps the keyboards the rest of the song, but it certainly does get the vocals moving along at a decent pace.

“Hecate’s Nightmare” has a very eerie horror movie quality to the keyboard piece, as do the nearly whispered but shouted vocals, actually fitting the narrative of the song really well too.

From the first hoarse scream of “Kick in a Spleen”, you know the song is going to be a fast balls to the wall attack and it definitely doesn’t disappoint in that regard as the guitars match the stomping rhythm of the drums.

There’s a keyboard lead, as opposed to a guitar lead, on “Platitudes And Barren Words” but to be fair there is a guitar lead on the song too, but it’s the keyboard one that stands out far more for being more involved and intricate, showing that Janne doesn’t just have to just follow what Alexi’s doing and add to the depth of sound but can forge a path of his own when needed.

The title track “Hexed” is a rapid thrash track literally littered with lead breaks by guitars and keyboards, and right at the end Henkka Blacksmith’s bass solo.

The hauntingly whimsical notes on the keyboard let the guitars hold a little longer before changing to the next riff on “Relapse (The Nature Of My Crime)” where Alexi’s vocals sound like a hoarse cry for help.

Somehow Jaska’s steady drumming on “Say Never Look Back” give the guitars and vocals a bit more room to follow the keyboard melody before coming back to the set time of the song, letting it flow more freely and feel unrushed even at the manic pace it achieves in the end.

“Soon Departed” has a laid-back vibe to the guitars and drums, so the vocals are delivered in a slow but harsh manner while relying on the keyboards for the melody they follow.

Apparently, “Knuckleduster” was released on an EP 15 years ago, but they thought it needed to be revived with new lyrics, as Alexi couldn’t remember the original ones, and it certainly does deliver its punch very well.

Therefore, if you’re already a fan, this album shan’t disappoint you, but if you’re not, you shall be by the end of the first listen.