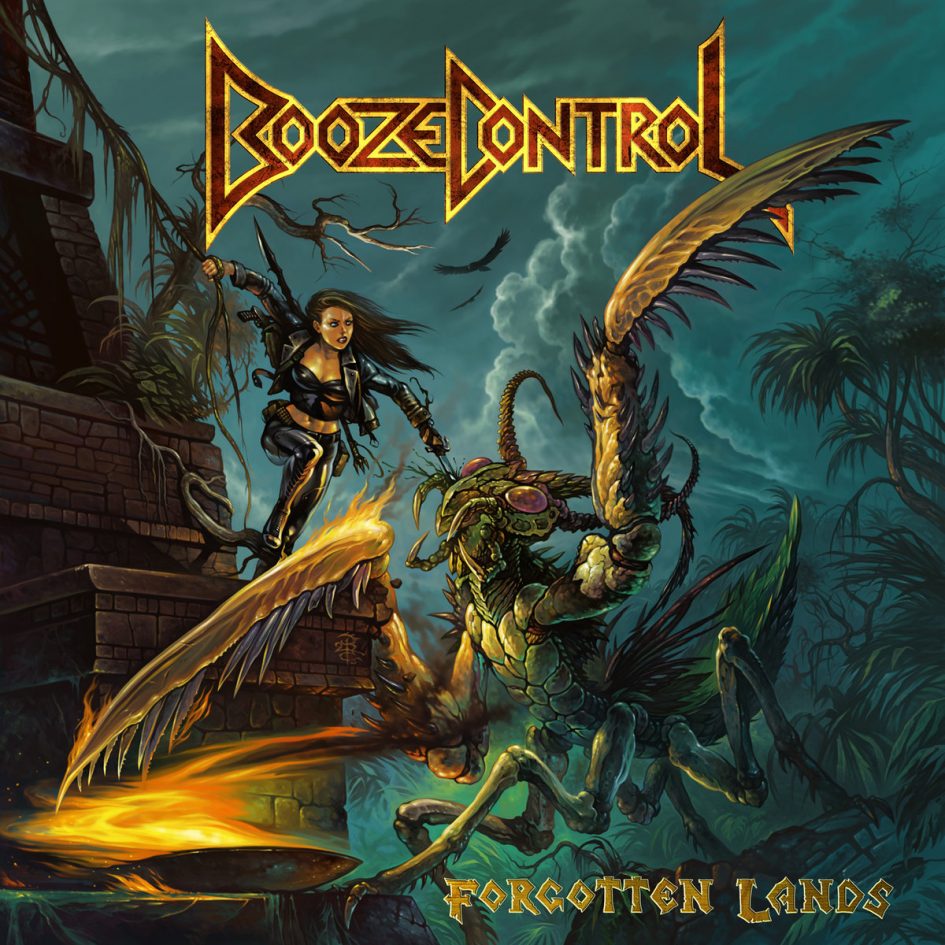 Teutonic head bangers Booze Control are now ten years into their career. Their recorded output has been steady with an EP and four long players to their credit. The band name might suggest a debauched Sunset Strip hair group decked out in spandex and makeup but the content of album number five “Forgotten Lands” suggests something very different indeed. Booze Control are very much about classic heavy metal inspired by the NWOBHM era and some of the big names that were the precursor to it.

Let’s cut to the chase. Judas Priest’s and Iron Maiden’s very early releases are very obvious influences on this album. Opening slice, “Forgotten Lands” has a wonderful staccato edged riff that even brings in a little of a hard nosed, Discharge vibe. There’s a heads down rage that simmers away and this is a template set early and they don’t stray too far from it. David Kuri’s vocals are an interesting one; they’re very clean and while not octave spanning, there’s a sort of young Rob Halford quality to them that goes back to the “Rocka Rolla” days. He shares guitar duties with Jendrik Seiler and together they manage some really hooky, clean riffs on tracks like “Attack Of The Axemen” and “The Nameless” where a punkish element hangs in the background.

One of the album’s stand out tracks is “Slaying Mantis” which is a gloriously fast paced slice of heavy metal deeply rooted in the ‘78 – ‘82 era. Indeed, Booze Control sound like a band from another time and while they may lack some of their own DNA, these songs deliver on the satisfaction scale. The tail end of the album starts to get a little more epic with “Doom Of Sargoth” being a really nice chugging slab of metal with lots of crunch and nicely sets up the almost expected long closer “Cydonian Sand”. Acoustic guitar from the introduction creates the requisite sense of drama and it is also the longest longest track at around eight minutes. There’s a steady build in a very Iron Maiden way and the band use plenty of light and shade to create a suitable conclusion to the album.

Perhaps not the strongest when it comes to originality, “Forgotten Lands” is nonetheless a damn enjoyable listen for no other reason than it’s simply good heavy metal. There’s no real filler and the songs are quite economical with none outstaying their welcome. The early Priest / Maiden influence is firmly ingrained in the band but their sound is certainly a lot stronger than the band name suggests. Worth a listen.