In Shadows And Dust – Enlightened By Darkness (Redefining Darkness) 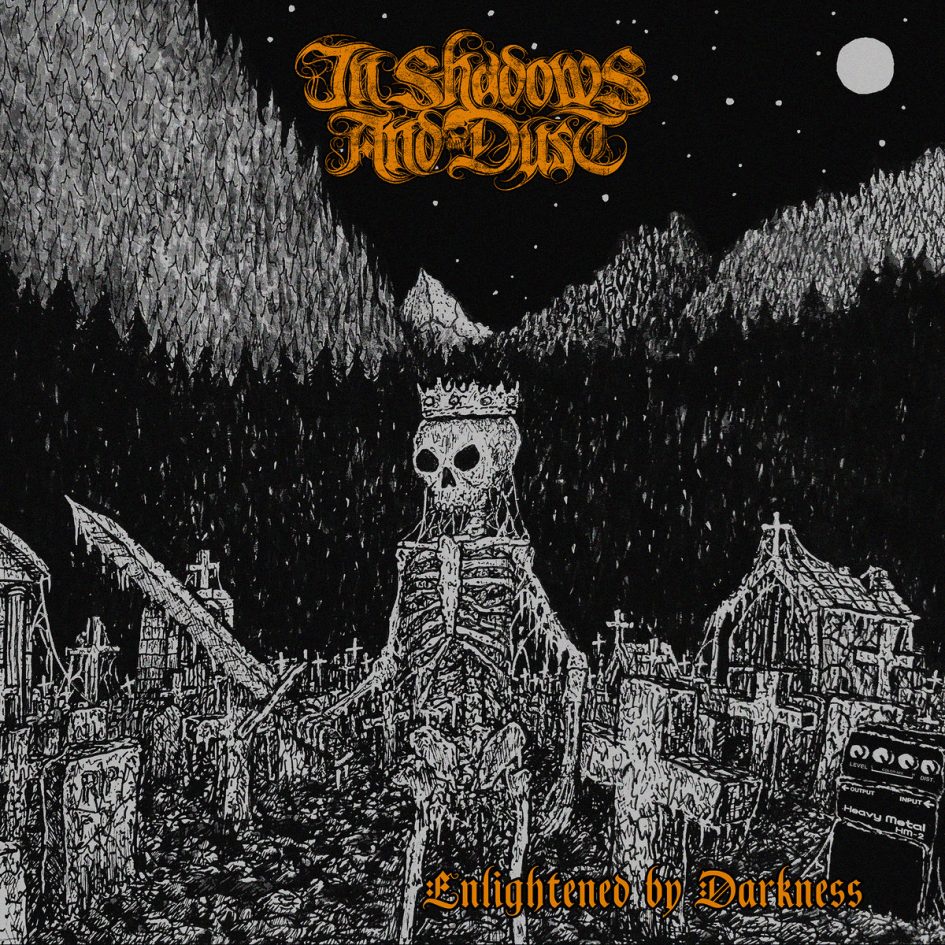 At the beginnings of Black Metal, most specifically within the Norwegian lands the collaboration of both Black and Death Metal would likely be seen as drastically abhorrent despite several bands in the scene showing a close allegiance to the genre in their pasts. Yet that is another story for another time the myriad of conflicting arguments within said scene are somewhat cobbled together and void of any real structure, with that said it would be very obvious for outsiders to enjoy both genres of the Extreme Metal world, and thus an amalgamation of the two is a logical next step towards furthering destruction and devastation.

Hidden in the French landscapes come In Shadows And Dust, pledging an allegiance toward the construct that has since been dubbed Blackened Death Metal. The band or should I say solo artist under the name Stephane Thirion created In Shadows And Dust in 2014. Now solo Black Metal, or Death Metal for that matter is nothing new, Burzum, Putrid Pile, Leviathan, Insidious Decrepancy, the list goes on. Alas it is still a feat and an accolade to craft an album by a single hand. With an EP, Demo and three prior full lengths beneath his belt Stephane brings forth the fourth tome, the 2018 full length Enlightened By Darkness,

The album opens with a striking instrumental in Maëlys that lays the foundations of battering Blackened Death Metal for the rest of the album. Guitars cascade and drums pummel with Looking Into The Void providing an excellent example of true Black/ Death amalgamation. Vocally the release is rasped, vile, grim and dark but the instrumentation really elevates the sound, becoming a sort of carnivorous Thrash based Death Metal bed of rotting flesh that is clothed in a veil of mildewed cobwebs and other such graven delights. Deathlike Silence adds to the mix a sort of theatrical element with its sordid sampled introduction keeping the album visceral and crusty. This is the sort of Blackened Death Metal that bears no allegiance to trend or falsities but rather to the pure and true.

It is most certain that Enlightened By Darkness rests firmly upon the more Blackened side of the fence but its hard hitting musical elements hark back to the early days of Bathory with an added touch of chaos. We even see notions of Punk tones in At The Edge Of The World, raw, untamed bubbling bass tones swath amid the chunky Blackened yet ferociously extreme riffs that drone into a mass of sodden horror. Closing the release is Beloved Darkness which yet again thrusts forth this thought of Punk infusion that appears to separate the album from its peers and bring about a force far greater than merely Blackened Death Metal.

So there we have it, unique. That is all, the prime way to summarize Enlightened By Darkness. A stand alone, maniacal journey through the lands of extremity and a product of years of dedication, influence and study. This album is more than just a Blackened Death Metal release it is an album with unfathomable passion that is sure to be picked up by the trained ear. If you are searching for a band who keep old ideals fresh and inject their own brand into the recipe then look no further than In Shadows And Dust.