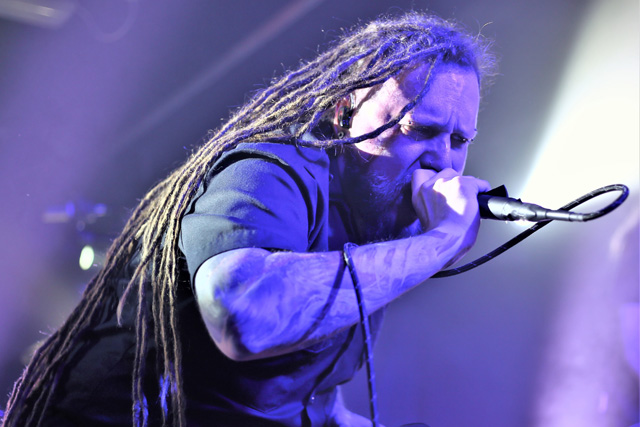 An evening of brutal, violent and fierce death metal is on the cards tonight and as I walk into the Academy 3 I am hit by a wall of sound, being generated by the first of tonight’s trio of bands.

It’s clear from the offset that Baest, whose name literally translates to Beast in the bands native tongue, are in Manchester tonight to accomplish just one thing, and that is to destroy everything within the grasp. The band has only been alive since their inception in 2015, but boy have they made a name for themselves, and this reputation isn’t going to be tarnished tonight. Olsen on the vocals is commanding the modest crowd, and he is orchestrating the proceedings with guttural growls and competent gruff choruses. He is sporting a classic ‘slowly we rot’ shirt so it’s clear where the bands influences come from.  Revsbech and Karlsson provide the intricate fretwork tonight with Abildsten putting in a massive shift on the drums, which are unavoidably tucked away up a corner of the stage. The hammering and pulsating from the kit is mesmerising and Abildsten is providing a substantial backbone for the Baest tunes to build around. The crowd has slowly swelled throughout the set and there is a decent size ensemble to cheer the closing chords of another proficient outing for these ever growing Danes. There have even been a few video cameras cutting through the crowd during the set, so who knows what may come of that, I guess we just need to keep our eyes peeled. Up next is the home soil trio of Dyscarnate and they are just turning up when Baest are closing their set, citing traffic problems to be the catalyst for the delay. Once they have set their stall out, the lights dim and they open us up to a lesson in violence, aggression and brutality, injected with an element of technicality and precision which seems to incite a riot in the pit which has formed below them. Unsworth keeps the lads on track and each beat is delivered with passion and obvious pride. Whitty and Llewellyn share the vocal responsibilities well and each of them spit out their contributions with utter venom and desire. The crowd are creating circle pit after circle pit and the energy is phenomenal, which in turn seems to be pushing the band to play harder, faster and crazier, as they obviously build momentum throughout the set. Then for the big one, the Polish death metal behemoths that are Decapitated. As the tension waiting for the band to grace the stage rises, the air is spoilt by the heckling of a few morons in the crowd shouting various incarnations of “Get me on the bus”, with obvious unnecessary connotations which truly aren’t needed tonight. We also got the really annoying and unfortunately frequent ‘Whooping’ and ‘Wooing’ yells, which I really don’t understand, but hey ho, something we may just have to get used to. Decapitated hit the stage and open us up to a true lesson in fierce, violent and ruthless death metal. Piotrowski stalks the stage like a rabid dog, a demon possessed and it isn’t long before we are witness to the trademark dreadlock windmill. Vogg provides the technical fretwork with his digits moving at literally 100 mph to generate the characteristic sound with Wieck pounding out the bass lines with hostility and anger.  The set length is healthy and there are tracks covering a massive 7 albums including the massive ‘Winds Of Creation’. ‘Blood Mantra’ is a track which seems to wind the crowd up to a different level and ‘Kill The Cult’ is violence, technicality and precision personified. The room has distended throughout the evening and it must be at near capacity for the headliners which is fundamental to the fact that Decapitated are massive behemoths of the genre, and they need to return to these shores very very soon. 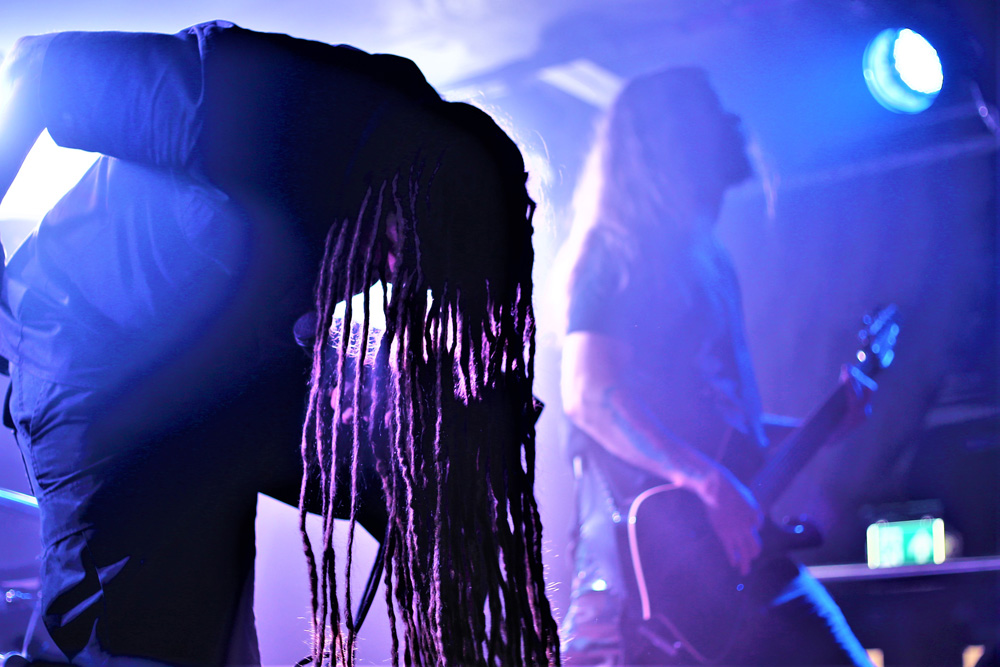 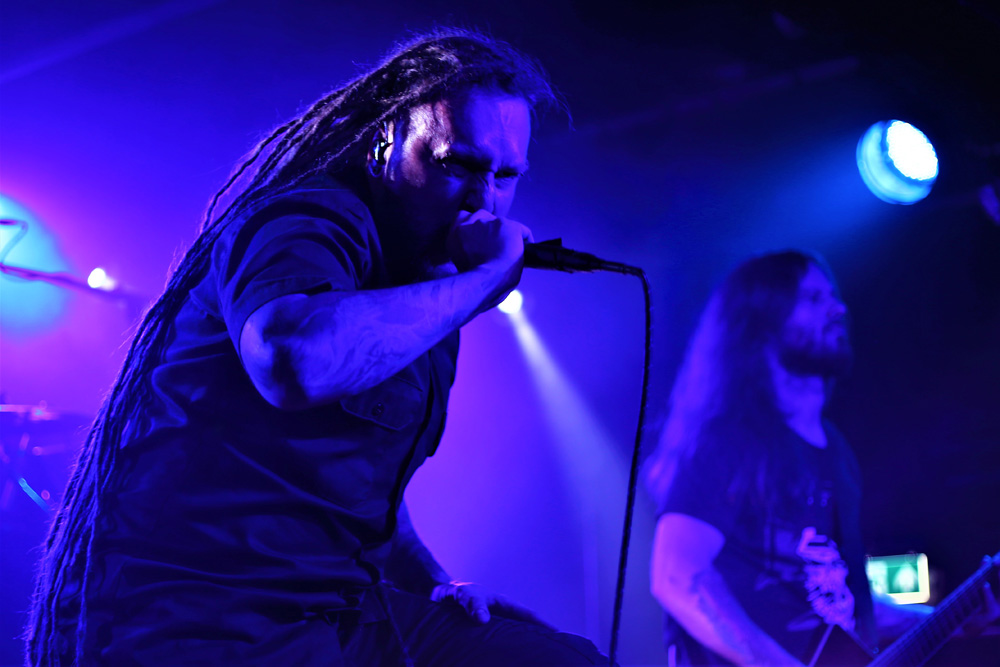 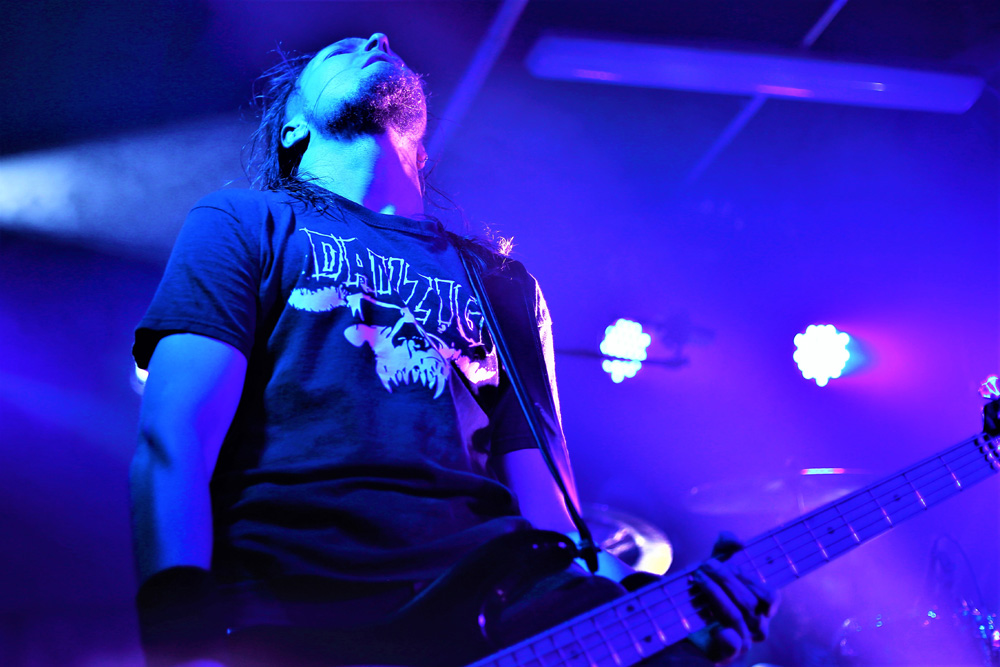 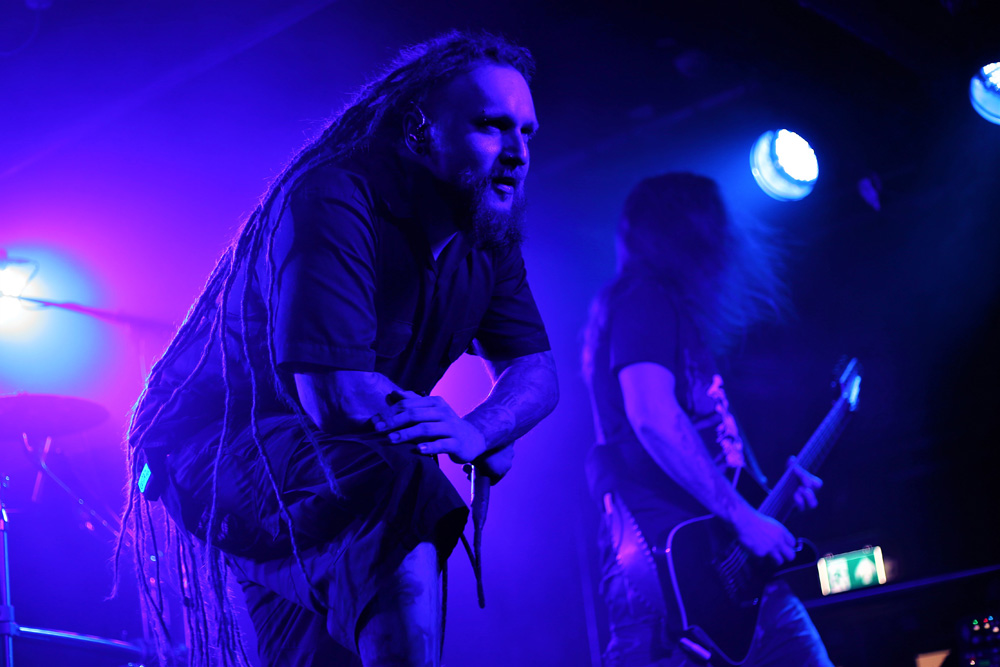 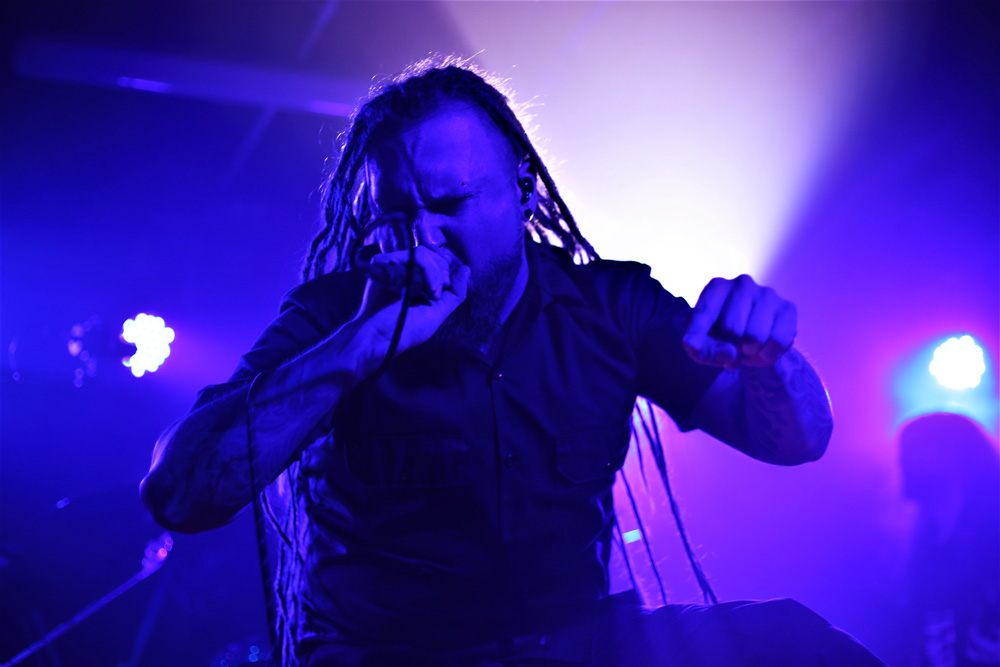 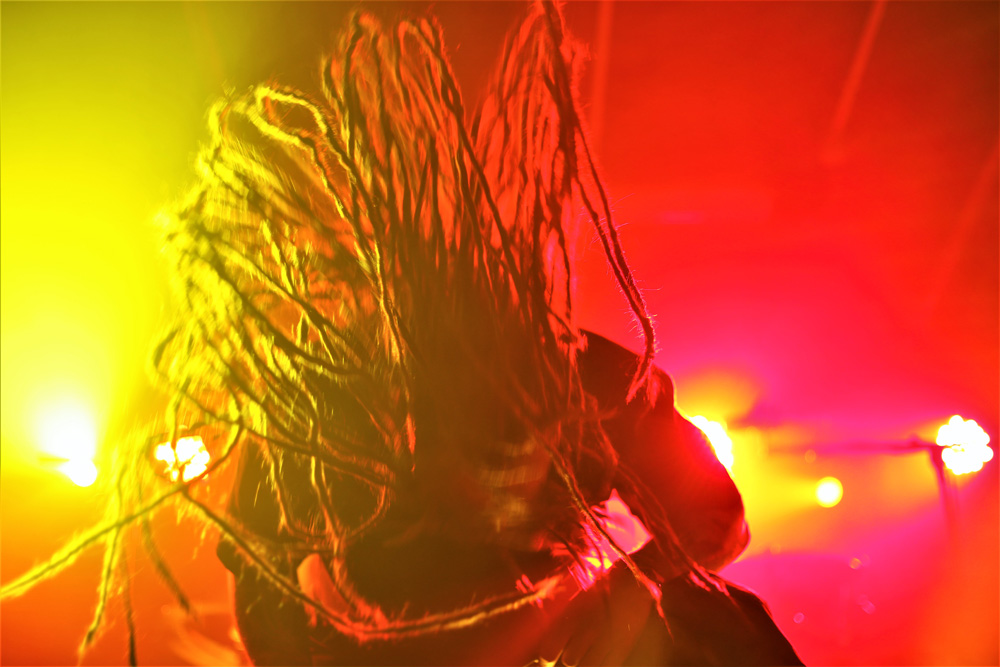 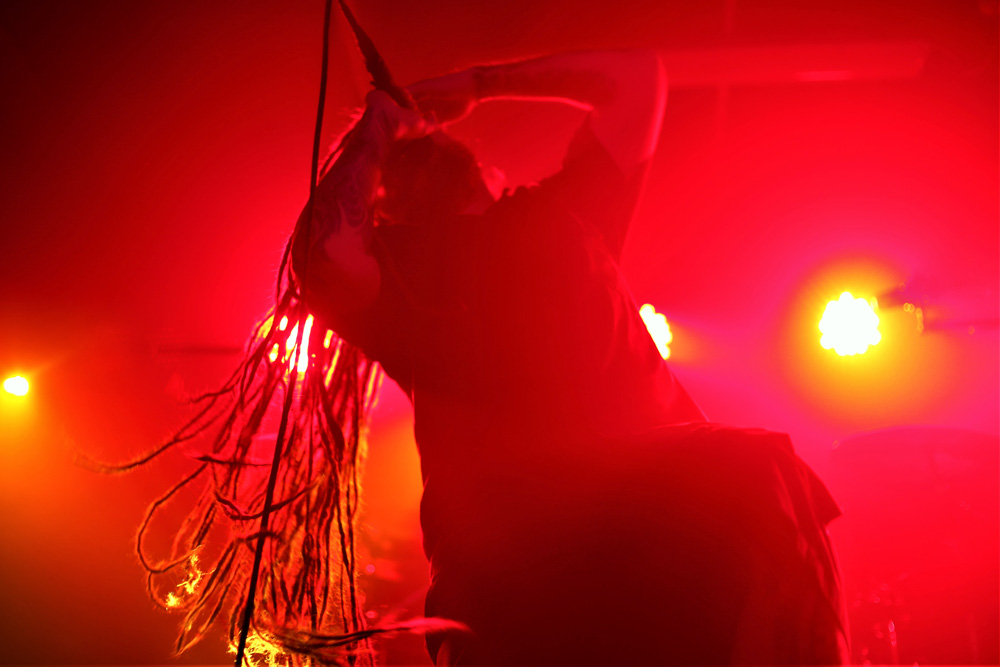 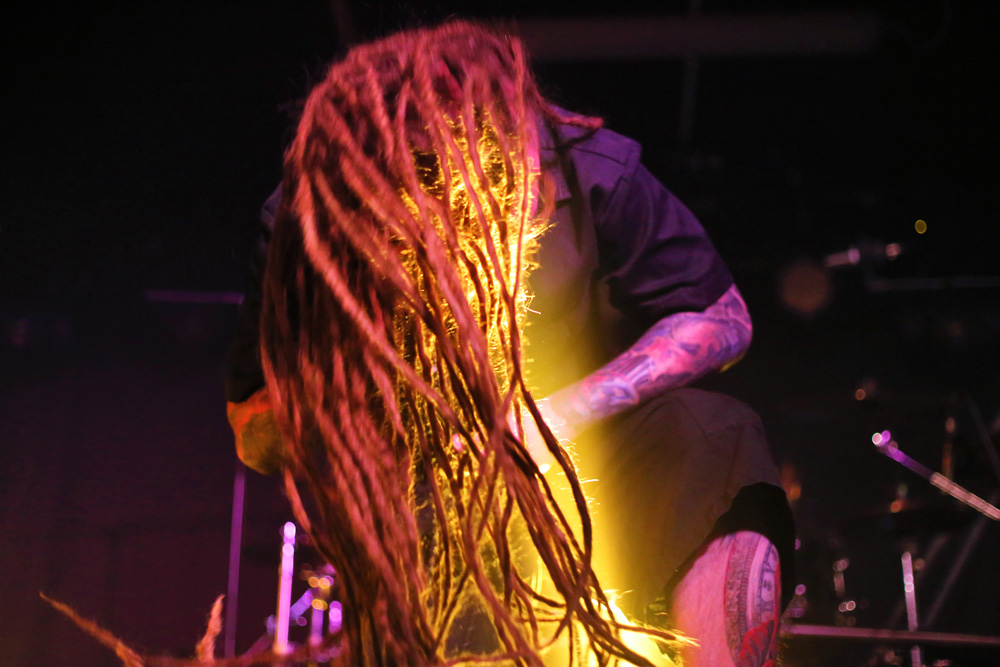 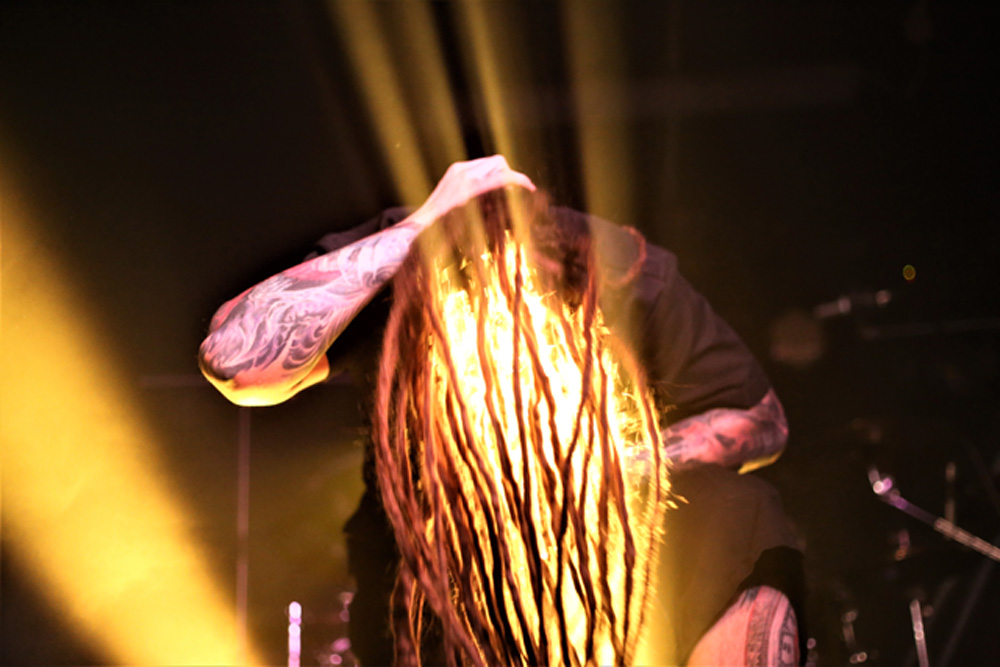 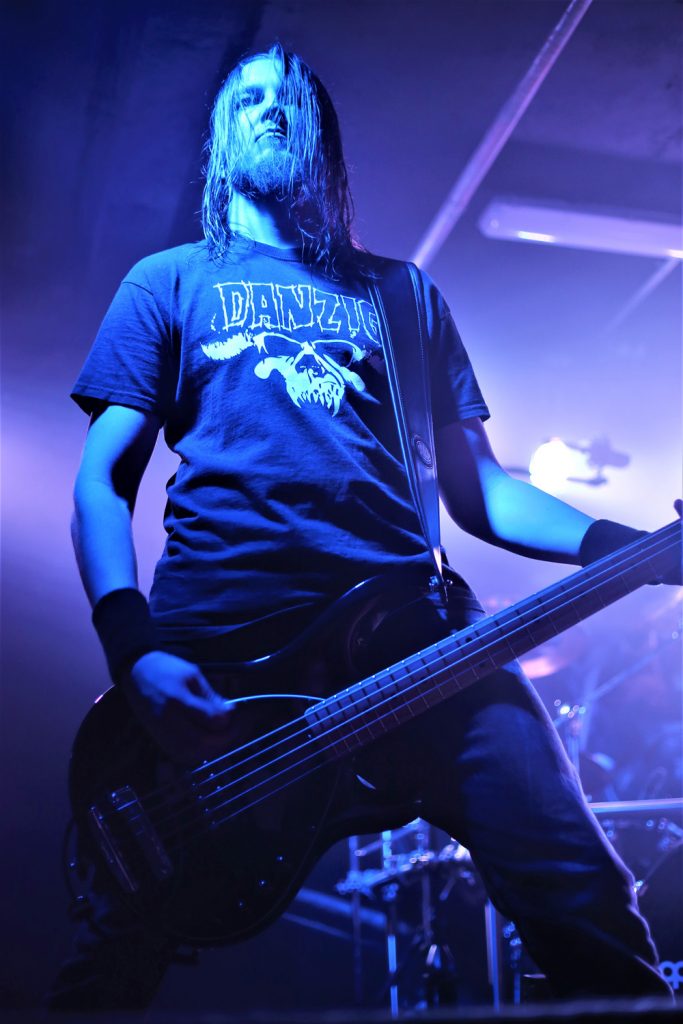 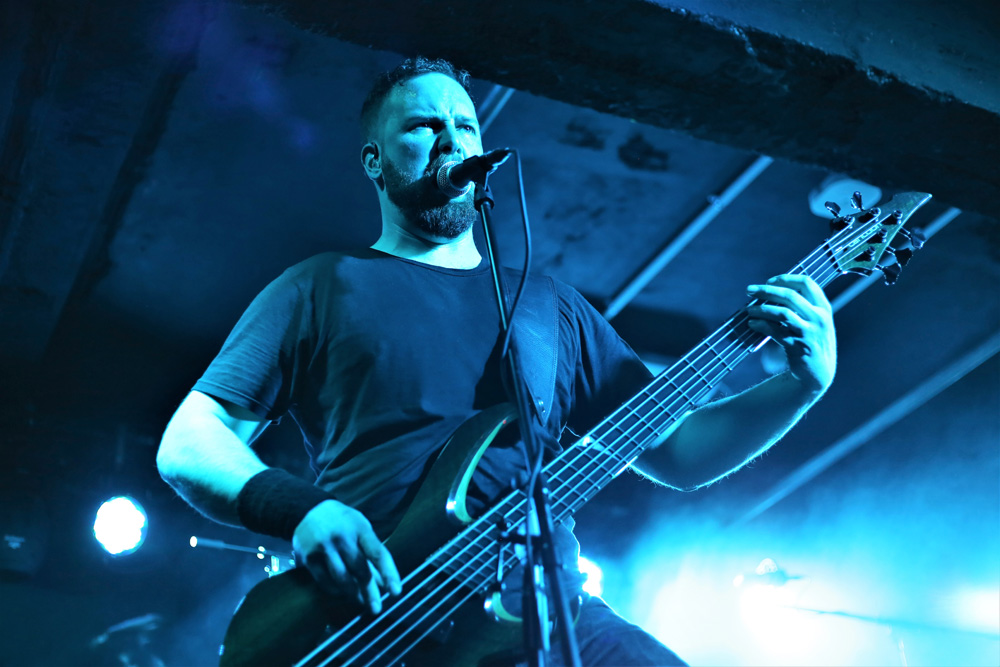