Son of Cain – Closer To The Edge (Raging Planet) 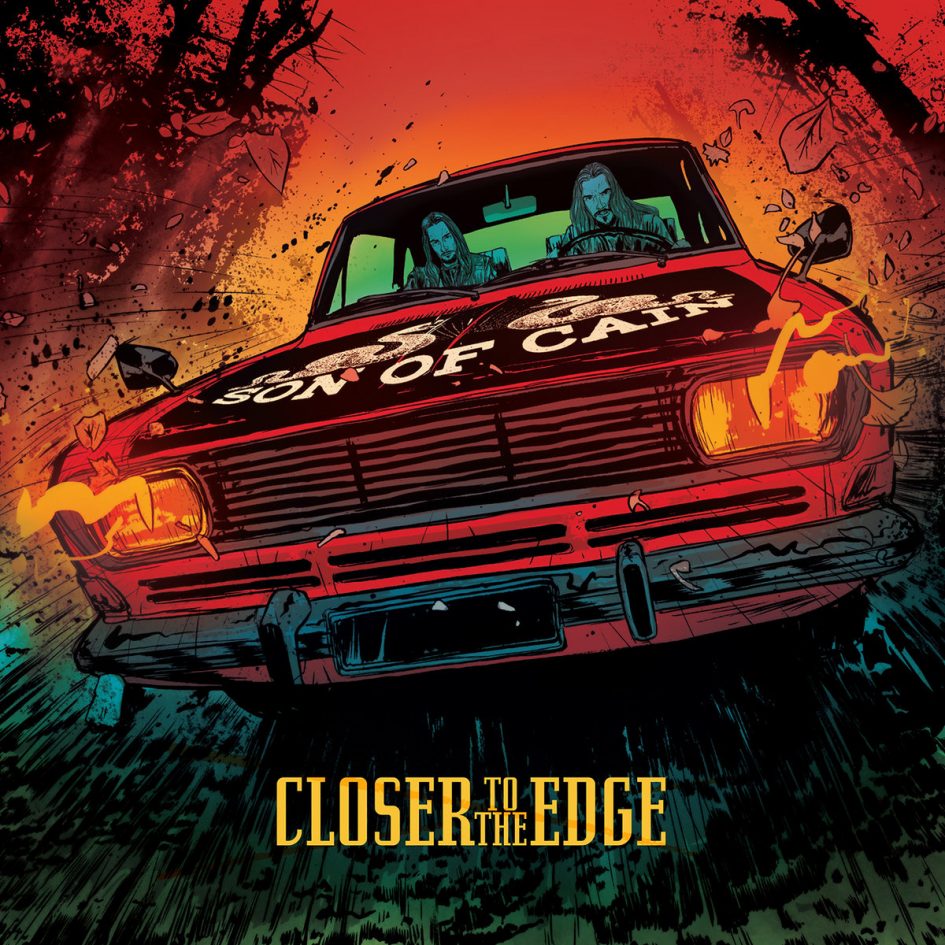 On first looking at the sleeve of ‘Closer To The Edge’ with its oh so American muscle car on the front, opening track of ‘Hit The Road’, and band member names of “Nasty A” and “Rattlesnake”, Sons of Cain must surely be rooting and a tooting sons of the States. Hell, when the opening chords of ‘Hit The Road’ power through, a slice of stars and stripes waving hard rock is promised, and indeed the vocals have more than a hint of the Southern Evil Elvis drawl of Danzig. All that, however, is a very wrong assumption, as these two loud long hairs originate in Portugal, albeit their clear musical intention is to firmly kick you in the arse with a cowboy boot clad foot.

‘Hit The Road’ sets the template for the album, a solid chugging thud to the drums, bludgeoning riffs, and lyrics straight from the book of rock and roll staples of high octane travel with an engine roar to match the music. However, Sons of Cain are not a one pace act, and ‘Born To Fall’ adds a slice of Doom in the slower slogging pace and bleakness of the story it tells, albeit this is a brief respite before the band give a nod to the all pervading influence of Motörhead with the fist in your face thudding of ‘Beyond.’ ‘Closer To The Edge’ is not an album of technical wizardry and flashy technique, keeping the proceedings chugging along with a solid familiarity, through fist pumping chug of ‘Like Stone’ and the motorbike revving delivery of ‘Sleep Tight (Reach The End)’, with a big injection of stoner sensibility into ‘Dead Corner Bastard’, with more than a hint of Monster Magnet from Mr Wyndorf’s darker days, and to be honest, I could imagine Sons of Cain being a good fit as an opening act to a forthcoming tour from those stalwarts of the scene.

‘Closer To The Edge’ is a solid hard rock album, with a nice rough edge, and an obvious passion for their music. However, I do have a significant caveat. For me, the measure of a band has always been the ability to deliver the goods on stage, and I’ve had bad experiences with so called “power duos” when it comes to live performances; I don’t care what NME types say, The White Stripes really did not cut the mustard for me live (or on record for that matter), Royal Blood fails to move me, except my jaw into a yawn, and the recent UK supports for Clutch, namely The Picturebooks and The Inspector Cluzo, both two piece acts, were excellent examples of enthusiasm over achievement. I hope that Sons of Cain prove themselves to be exceptions to this rule, and if so, I’d happily pay to see them play.