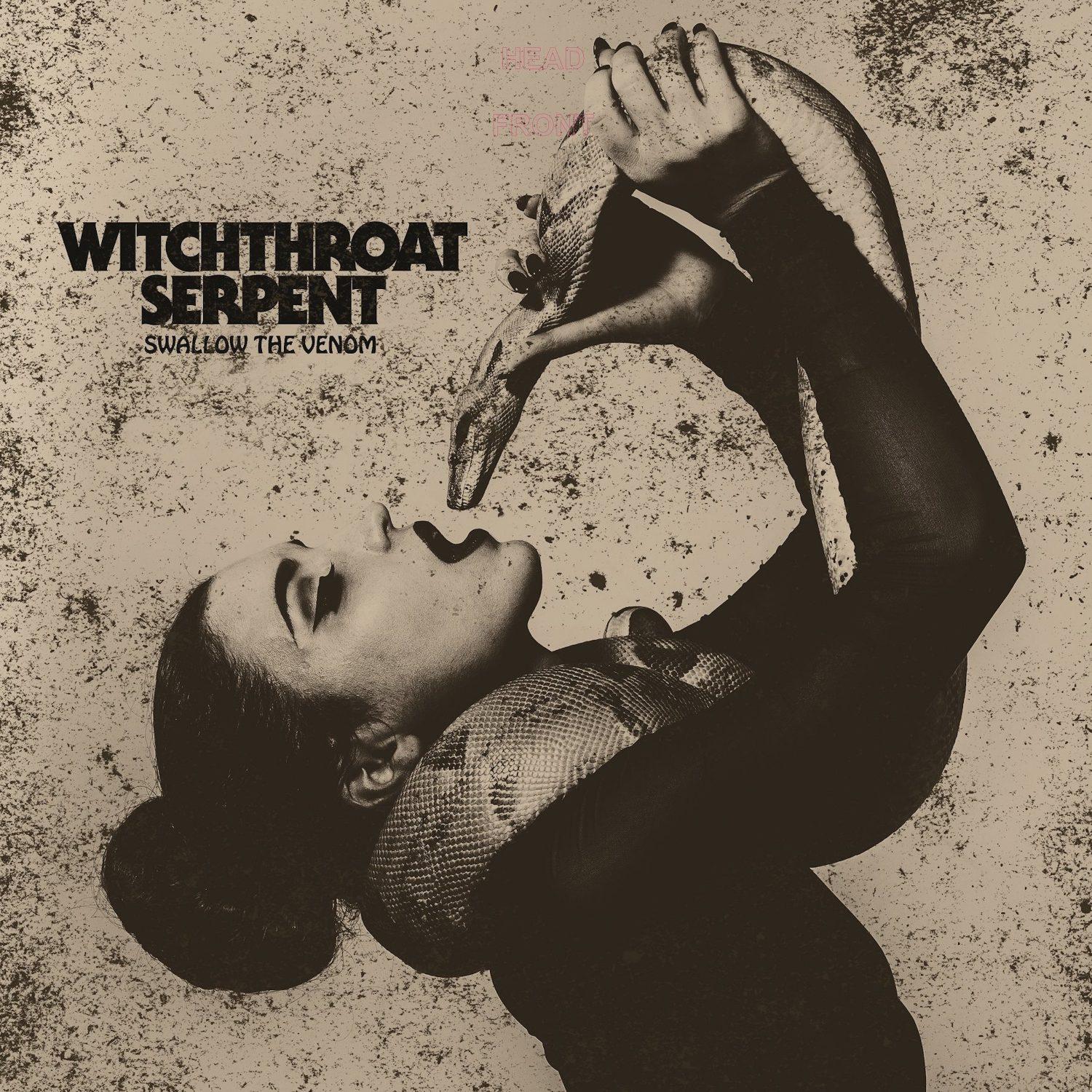 If anyone were to ask where they associated the genre of Doom with, I imagine the answers would range from the industrial North of England, run down urban US cities, or maybe the dark heart of Sweden. Few, myself included, would think of La Ville Rose, the pink city of Toulouse in France. However, that is the home of Witchthroat Serpent, a band I’m slightly embarrassed to say I am only now listening to for the first time, despite being very aware of their presence, if only from their excellently designed merchandise care of the ever reliable Branca Studio that I’ve seen worn at many gigs I’ve attended.

Opening proceeding on their latest album ‘Swallow The Venom’ is the mystical chant of ‘Feu Sacré’, a French language cover of the original Sisterhood of Karn hit from ‘The Brain of Morbius’. Okay, I’m taking the proverbial here, but it instantly made me think of that old Doctor Who story, and anyone who doesn’t believe me is welcome to look it up, and I defy you not to think the same. The music proper starts with ‘Lucifer’s Fire’, and it is instantly apparent that like so many others, these latter-day Visigoths worship at the altar of early Black Sabbath, with down-tuned riffs slogging along to a pounding rhythm section, and lyrics of dismay and magic. This air of dour menace continues with the slow opening dirge of ‘Pauper’s Grave’, the thunderous reverberation of the bass surely being designed to rattle glasses off of shelves and liquidise lungs in chests in a club show. By comparison ‘The Might of the Unfail’ is practically a sprint, the drums kicking up a gear and setting a pace for the guitar and bass to catch up with. There are many jokes about how easy Doom drummers have it due to the slow nature of some of the music, but like Witchsorrow this is an example of where the joke falls flat and the percussion becomes practically the lead instrument.

Normal service returns for the remainder of the album, the music dragging along with the relentless inexorability of an approaching zombie hoard (and yes, World War Z with their sprinting corpses can piss right off, I like my zombies to stagger!), with darkly psychedelic hints in tracks like ‘Red Eyed Albino’ and ‘No More Giant Octopussies’ giving Witchthroat Serpent a sound that makes them stand out just a little from the sea of acts that can sometimes seem all too similar that they lose their own identity.

‘Swallow The Venom’, as well as having a title and cover art that will have Freudians giggling, is pretty much all you could ask for of a frill free Doom album. It is slow, heavy, bleak, and meant to be played at ear drum rattling levels of volume. There is nothing in the album that is particularly new or out of left field, but it is all done bloody well, and will happily, or perhaps more correctly, morosely please lovers of the genre.