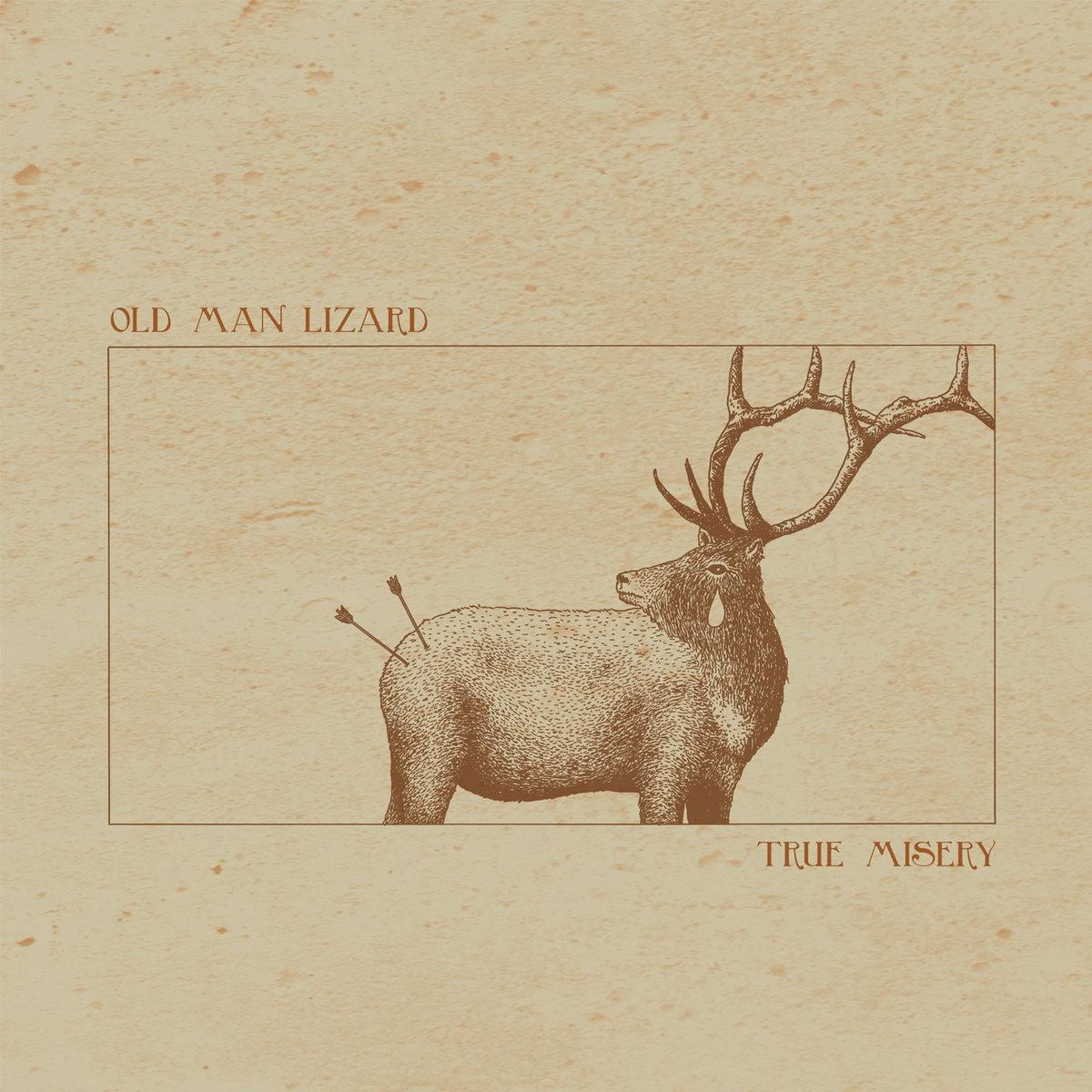 Where the bloody hell does time go? A check through my personal electronic archives shows it was October 2015 I last reviewed Old Man Lizard with their prior self titled release, and even longer before that when I last saw them live down in that there London! So many grey hairs and aching joint cracks ago. Sorry, where was I? Oh yes, music, that would be it. I’m sorry, at my advanced age the memory starts to go, and the memory starts to go too.

Well this, to quote myself from back in the day “heavy as fuck Sudbury three piece” have certainly evolved their sound in the last few years with ‘True Misery’, and I have to say, I’m liking it. Whilst the sludge is still very apparent from the opening track ‘Shark Attack’, the heavy dirge is mixed and mirrored with remarkably light guitar tones interspersed in the sonic mire. Indeed, the use of an almost bluesy structure to the song lends a welcome feel to the music. Hey, and what could be more traditional in the time honoured blues style of things going wrong than the song being about a bad day, and what could be much worse than waking up to be devoured by a bloody big shark, be it in reality or metaphorically? This blues progression is even more apparent in the faster follow up ‘Snakes’, and frankly the short and snappy guitar solo could have travelled in time from the era of Cream, albeit that band’s full time guitar god and part time racist would have dragged it out far too long and without the economy of sound Old Man Lizard bring to the track.

A slower, sludgier pace opens ‘Tree of Ténéré’, perhaps appropriate for a song dedicated to what was once considered the most isolated tree in the world, with no others in a 250 mile radius before some drunk driver knocked it down in 1973 (I know, you think they’d have had room to pass!), but not all is bleakness, as they manage to mix lighter jangle rock into the story a tree that survived centuries in the Saharan wilderness before its ignominious end. This mix of styles continues through the album hitting new heights, or should that be depths, with ‘Cursed Ocean, Relentless Sea’, an epic tale of misery that throws Doom, Psyche, and Blues into a pot to produce a dark brew of distilled bleakness. And if that track weren’t massive enough, the band descend another level of sorrow with the aptly titled and self reviewing ‘Misery is Miserable’. Just don’t let any Goths get hold of the track or they’ll be queuing up at the nearest cliff to jump if they get to experience this eight minute plus slice of concentrated woe, albeit the last couple of minutes of the track are an almost surprisingly upbeat psychedelic jam which might coax them back from the edge. The whole is rounded off by ‘Return To Earth’, not as I first thought maybe a Sigiriya cover, but is rather their own composition featuring the happy refrain of “it’s a lovely day” and “take it easy” sung through teeth that must have been gritted so hard in misery that they were grinding themselves to powder!

I’ve no idea what Old Man Lizard have been up to in the three years separating their last release they reviewed and this slice of dour goodness, but their musicianship has certainly upped its already considerable game, whilst the writing shows an even greater maturity and capability. Well, with a new record out, I can only hope there will be some live dates on the horizon that I can get to.