The Wizards – Rise of the Serpent (High Roller) 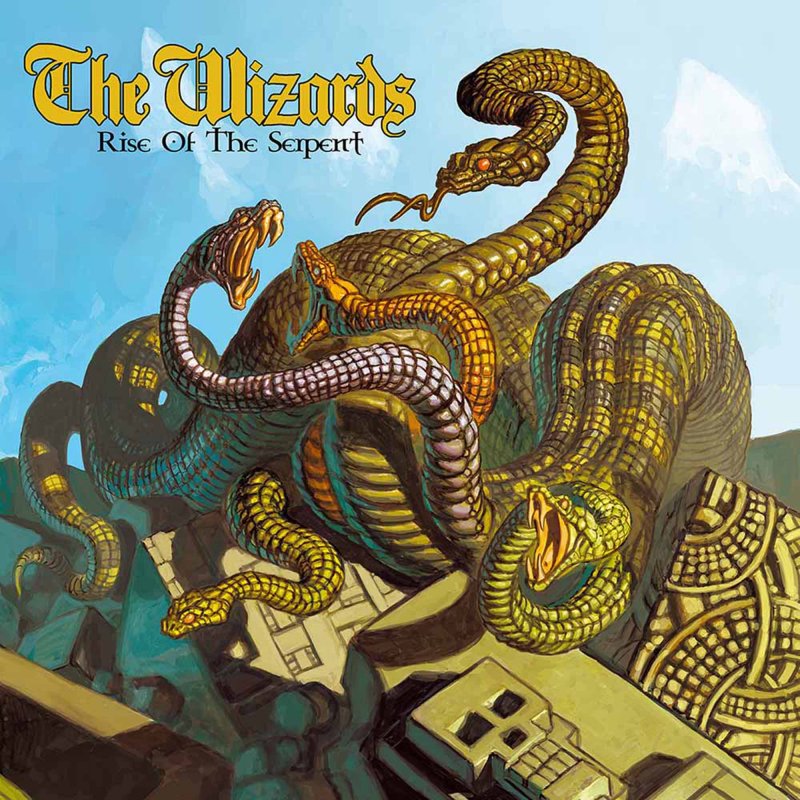 This Spanish band have been a great asset to my musical enjoyment, their previous release ‘Full Moon in Scorpio’ and even their debut were filled with occult doom rock and heavy metal influence. On this latest release, The Wizards have grown a lot and have recorded songs that are really majestic and a lot bigger than their previous material. I hate to use the word epic, as it’s overused, however, it’s very much applicable here.

If you want a comparison take some Grand Magus, Deep Purple, Iron Maiden and Visigoth. The latter and first reference is more influential on the first couple of tracks. Then with ‘Circle of Time’ you think it’s business as usual, then the band use great group vocals during the chorus to create a wonderful piece of atmosphere and emotion. At the start of ‘Distorted Mirrors’, for a brief moment, I am reminded of the start to Deep Purple’s monster ‘Child in Time’. As the track progresses the build-up and quality is flowing ever free. Towards the latter section you get some great guitar work a-la Maiden in their creative heyday, an awesome accumulation of sounds. Sir Ian Mason’s vocals are very strong, the occult nature remains for ‘VOID (Vision of Inner Death)’, whilst the powerful group sound is noted again for ‘Aftermath’. This being a great sing along tune. You won’t be surprised to find influence of the 70’s era, or even a touch of prog somewhere in between these songs, the album has that much depth. The vintage drum sound really helps too.

‘Rise of the Serpent’ is an album that will live on for a long time, almost timeless, the quality of the sound and the songs are very attentive and the feel and flow works, multiple replays are not at all tiresome but very welcomed. The artwork on this album is a touch more vibrant, losing a touch of the mysticism of their earlier recordings, but this is a band that have upped their game and the artwork itself will certainly stand out in a record store display penned by Marvel and DC Comics artist Rafa Garrés.

Overall, the album is amazing; a gem of a band based on their past experience and now with a different label in tow there’s no reason why The Wizards can’t make more of an impression to the wider heavy music audience. ‘Rise of the Serpent’ is an album you could talk about for years, it has many of the qualities associated with such a label and I am very pleased with how this album has the  label of being visionary and future proof. I love the PR quote from the band, “we are going to win this personal battle against this rotten modern corporate society with loud guitars and catchy epic vocals”…never a truer word spoken.