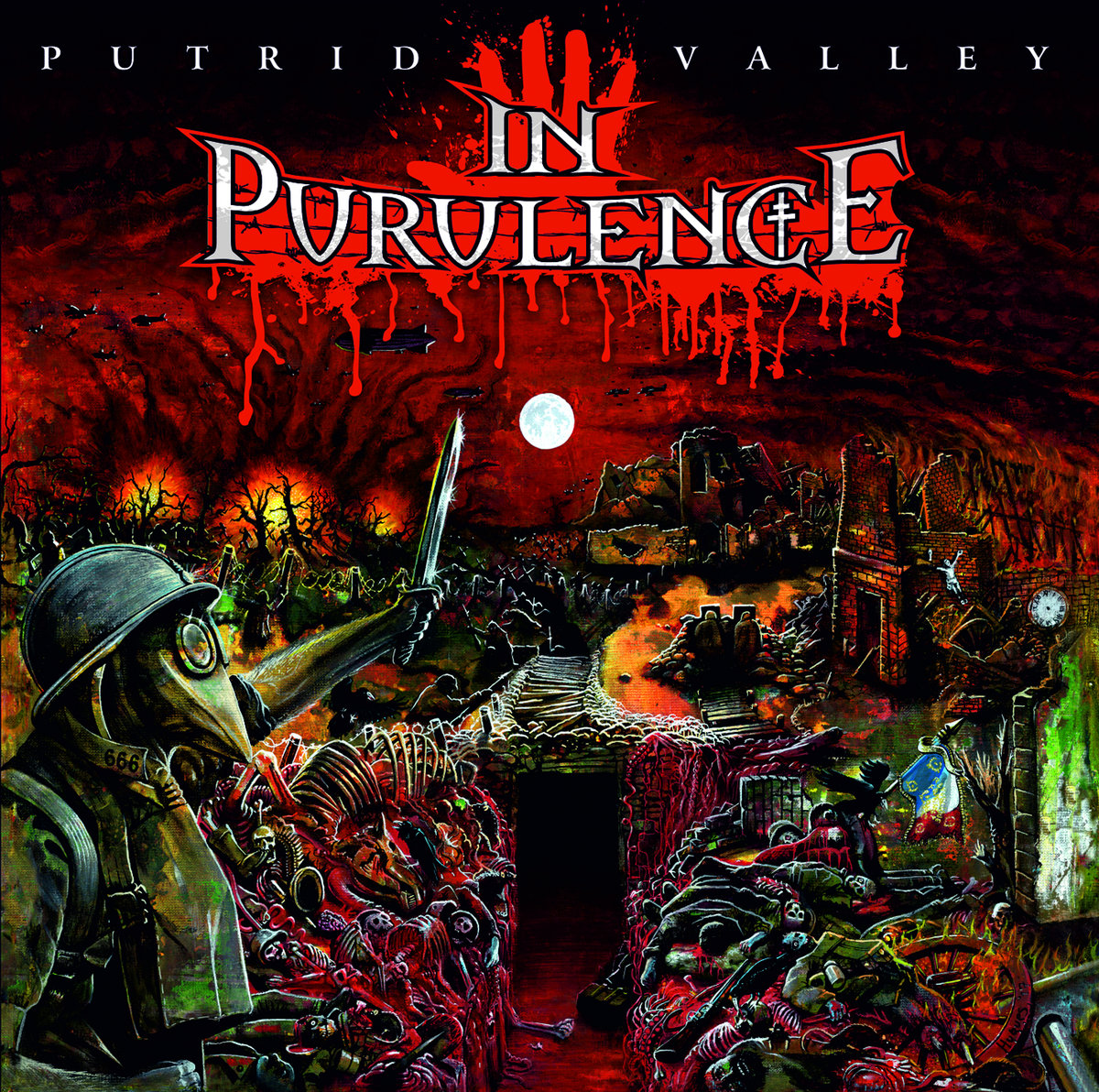 Uniqueness, we all strive for it, everyone wants to be their own person this includes bands too. Sometimes artists strive for that rare, free-standing, genre-defying quality through means of experimentation melding together exhibits from selected genres, sometimes it works, other times it flops. Others look for the stand out inspiration through one of a kind riffs, or perhaps a certain distinctive vocal tone. Whatever the case may be all artists want to project their music as something special.

Since their formation in 2014 the French warmongers In Purulence have remained excessivly quiet without a peep of recorded material, that is until now. 2018 sees the dawning of a new age for In Purulence and a milestone which has been long awaited, the release of their debut full length and release Putrid Valley. A sickening strike of war influenced Death Metal put out through Great Dane Records, but is it victorious or left alone on the frontline?

First things first I have to commend In Purulence for their no messing about approach, this ensures that we are instantly coiled in the unnerving Modern verging on Old School Death Metal vibes of Putrid Valley. Without wasting time we experience the sluggish nigh on Doom influenced carnage of No Retreat and Beginning Nightmare as well as the catchy side of Flower And Corpse and Bloody Skin. The vocals are reasonably Immolation motivated with little experimentation outside the box, perhaps aside from some screaming sections here and there.

This all leads to my next point of the super standard guitar riffs and tone, after the halfway point this album mostly slips into totally generic Death Metal aside from Patriots catchy projection there is a no frills, lacklustre approach. Whilst none of the content is bad and whilst I often enjoy albums that aren’t too arty this is a level of boredom which I could do without, inoffensive yet totally drab Death Metal by numbers that relies too heavily on subject matter and not enough on musicianship.

Perhaps some may say my comments are harsh but I would like to point out that Putrid Valley isn’t bad it’s just unnecessary there are plenty of other Death Metal bands out there who look to the topic of battle that actually stand out from the crowd. I naturally cannot speak for everyone and quite frankly if I saw these guys on a bill with perhaps Hail Of Bullets I wouldn’t complain, but if you’re looking for something new and exciting this isn’t it.