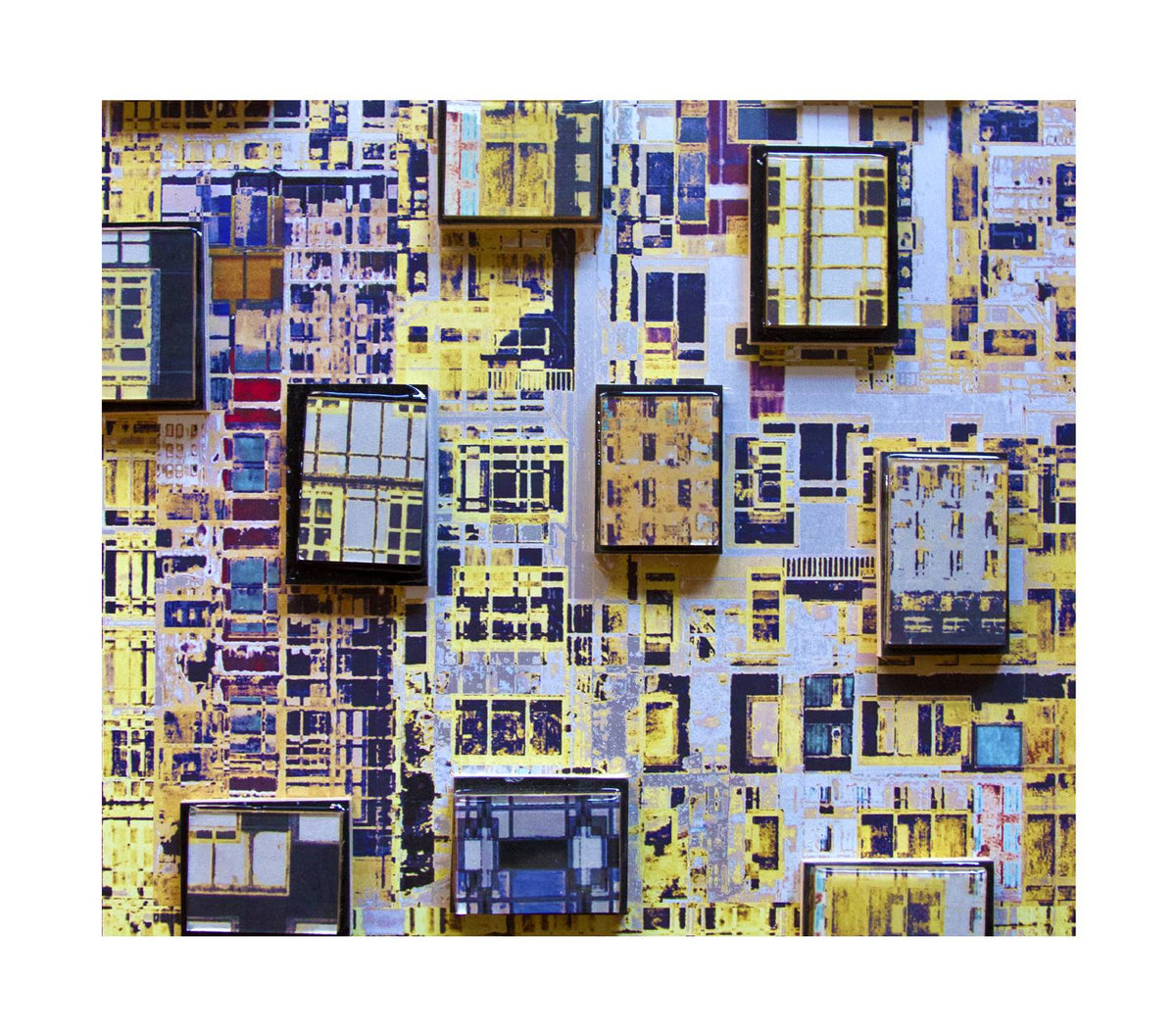 Trip Hop is a funny beast. As sludge is to NOLA the heady mix of rhythmic dance, hip hop and electronica slithered from Bristol in the 90’s. How strange to hear it’s influence so heavy in End Christian. This is a bizarre smorgasbord of musicians from across multiple genres. Members past and present of Hex Inverter, Brutal Truth , Dalek , Starkweather and Fad Nauseum have created this second offering of industrial noise hop ( I claim that ). The fact that it includes a guest appearance from Justin Broadrick is no surprise as his influence is clearly heard.  The album is a heady mix of trippy drum loops that take me back to blissed days listening to Portishead and Sneaker Pimps with Godflesh / Neubaten blasts of industrial noises and harsh noise waves layered on top.

It is a bizarrely cathartic listen. The mix of upbeat synthpop, melancholy and avant-garde noise makes for a very interesting album. As a complete piece Bach part One offers a wide array of sounds that kept me guessing throughout yet there is plenty to distinguish between the tracks.

If you are not a fan of vocoders or autotune then steer clear. However their use here is not a reason to hide lack of vocal prowess. Blister Heart – for example see’s bongos mixed with tinny bontempi drums , a jazzy female vocal and a male vocal that appears to have a man suffering St Vitus dance operating the pitchshifter. It’s a great aural tickle to the ear drums I can tell you.  The fact that the track leads to Altered For Concern which is the final track, and the fact that I am starting off by talking about the end seems fitting for this non-linear listen.  The final track has a throbbing bass backed by strange wavering vocals that sound like lost souls trying to break out of some dark realm. The synths become more urgent and more piercing until I am wincing as I bob my head. Unlike many noiseniks End Christian never seem to lose sight of the song structure in pursuit of madness.  My listening then loops round to opening track “Hamilton Two” which opens with heavily auto tuned line “I’ve been crushing Alexander Hamilton’s face”. I was taken aback when I first heard this. I was looking at the alma mater of the musicians and I admit my mind was preoccupied with Richard Hoak and his work with Brutal Truth and Total Fucking Destruction. When I was presented with leftfield melodies that brought to mind Danny Browns last record I was surprised. Pleasantly. The beats that drop during Anywhere w/You are straight out of mid 80’s electro and the Hammond that backs them lifts the track to a higher plain. Stabs of harsh noise amidst the lilting male vocal create a delicious sonic stew. “Great Escapes” that follows is like floating on an air current on a summers day  which makes the menace in “Certs” appear even more threatening. It brings to mind Aphex Twin and his sense of otherness. If previously I was soaring through clouds I am now in an angular spiky world with inverted speakers and strange flashing scarlet lights. Alternately disturbing and enticing. I am reminded often whilst listening to Bach Part One of Faith era Cure – the atmospheres and sense of drama is comparable to Bob and co’s dark classic.  Venison Thaw has a similar feel but End Christian are not kind enough to package the tracks together. Oh no. They instead drop “Karaoke So” which evokes Magnetic Man without the big drops and even a touch of Japan. It adds tiny layers and appears to be powered by a breakbeat and a snail like rhythm at the same time. Just as I think I have a handle on it it departs and Salvia is upon me with more Electro beats and sci fi sounds.

“Workmanlike” opens with a noise like a bullroarer before mixing in triphop and industrial noise. It is getting hard to describe during this second listen as the music is infectious. The high buzzing melody that propels the track is joined by Bowie like vocals, vocoded voices and Numan style lines. “Hear them Screaming” ? I can bloody feel them ! I am starting to think of Alien Sex Fiend and Bauhaus as the ants in my ears start to wiggle and dance faster. (I am clean and sober honest!) “Hamilton Three” has a piano backed with what sounds like water flowing upwards before the Frank Ocean style trippy R and B voice continues crushing Alexander Hamilton’s face.

I listen to a lot of music. Much of which makes me punch the air in delight or throw up the horns, sometimes it transports me to a different place. This is one of those albums. It is a trans dimensional transport device that don’t need no sonic screwdriver.