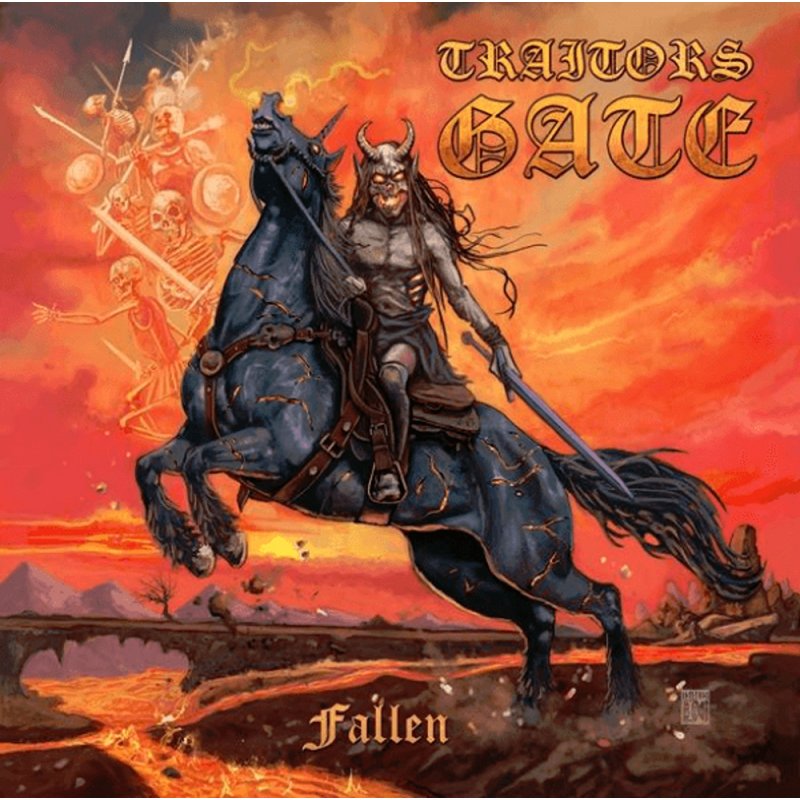 Reignited after a resurgence of interest following what was supposed to be a one off reunion at Newcastle’s Brofest in 2017 (I subsequently saw them in Germany too), the band decided there was more to offer. A self-released EP appeared last year; these songs appear here on their debut album. That’s right, they never released a full album, the highly sort original EP ‘Devil Takes the High Road’ was banded around the underground as a stroke of genius, even though its initial release in 1985 it didn’t see much progression for the band that they perhaps warranted. Maybe timing, maybe other factors, but hey, we’re here and this album ‘Fallen’ is ready to be released.

The first couple of tracks off the album are cool enough, but are not vibrant enough for me to warrant anything to shout about, but there is some mid paced homage to more modern Priest and Maiden by the time ‘Deceiver’ plays. One thing that strikes me about the album overall is Sy Davies’ vocals, that for me are on par with some of Rob Halford’s vocal phrasing. They’re pretty special, but don’t initially get to shine as the early album songs lack energy. That said, ‘Edge of Destruction’ blows that concept out of the water, now we are in the business end of the album as the tempo picks up, as does the quality. The vocal melodies once again prove dominant in terms of class and professionalism. Minor flirtations with Thin Lizzy’s style also bring out other tirades of vocal prowess with ‘Fall from Grace’. The melody on this one is pretty special. The final track that I take pleasure from is ‘Only the Strong’. Again the hook is the strong melody. The catchiness in the latter album songs is immense, maybe a different running order would satisfy grumpy picky people like me, and this is the only thing I think I would change if I had to change anything.

Traitors Gate in 2018 feature two of the original members on bass and drums, the latest addition on vocals, as mentioned earlier, is a real find. The songs towards the middle and end of the album really flow and provide a great deal of entertainment, so in this modern world of digital and skipping tracks, give the release time, there’s some really nice arrangements that will hit you overall. This is definitely an album to grow with, and has some stunning artwork.

Overall an interesting release that doesn’t rely on heritage, the devil does indeed ride again, but is much wiser. The art of song structure and melody is well versed and should be well received given time.