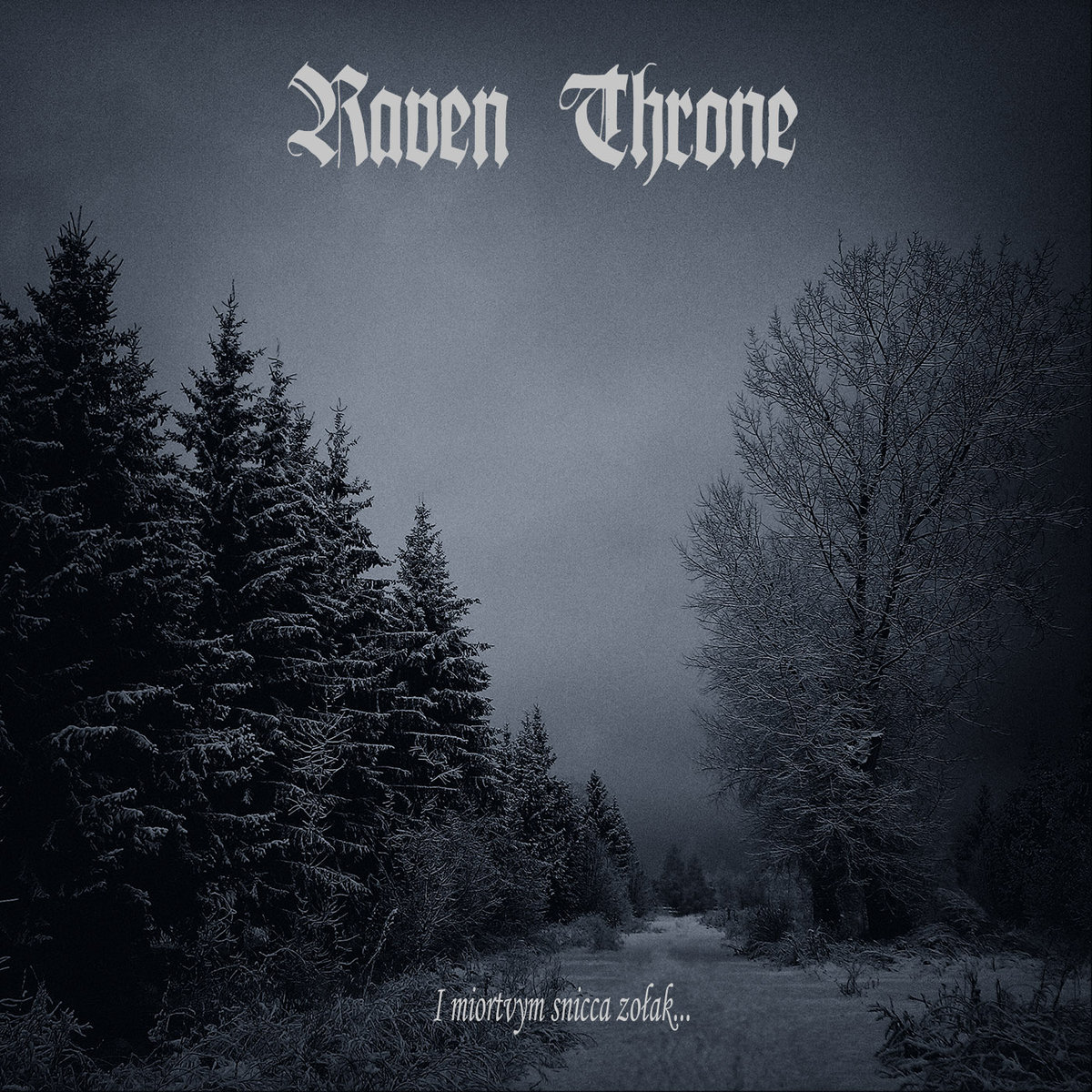 Belarus. Probably best known for its political system, this country has so much more to offer. Great cities, a beautiful countryside, massive potato consumption, amazing sausages and a rich cultural tradition, mainly in classical music, opera and ballet. When it comes to metal, Belarus is not that famous yet, but Raven Throne could play an important role in changing that. Gradually getting better with every album, the band really hits the nail with “I Miortvym Snicca Zolak”, which stands among the better black metal releases of 2018.

With song titles transliterated from Belarusian to Polish and lyrics in Belarusian, I am utterly clueless about the lyrical inspiration of the band, but the music speaks for itself. This is pagan black metal that lives and breathes a profound love for nature, yet also sounds ferocious and powerful due to the modern production. Every song on “I Miortvym Snicca Zolak” has its own charm, but together they create something larger, truly making the album something to be experienced as a whole, instead of just a loose collection of songs.

Comparisons are always hard to make, but if you enjoy Au-Dessus, Agalloch or Antlers, you will find something to your liking in Raven Throne’s majestic riffs, haunting melodies and powerful vocals. The future looks bright for Raven Throne and I wouldn’t be surprised to find “I Miortvym Snicca Zolak” in my end of year list.