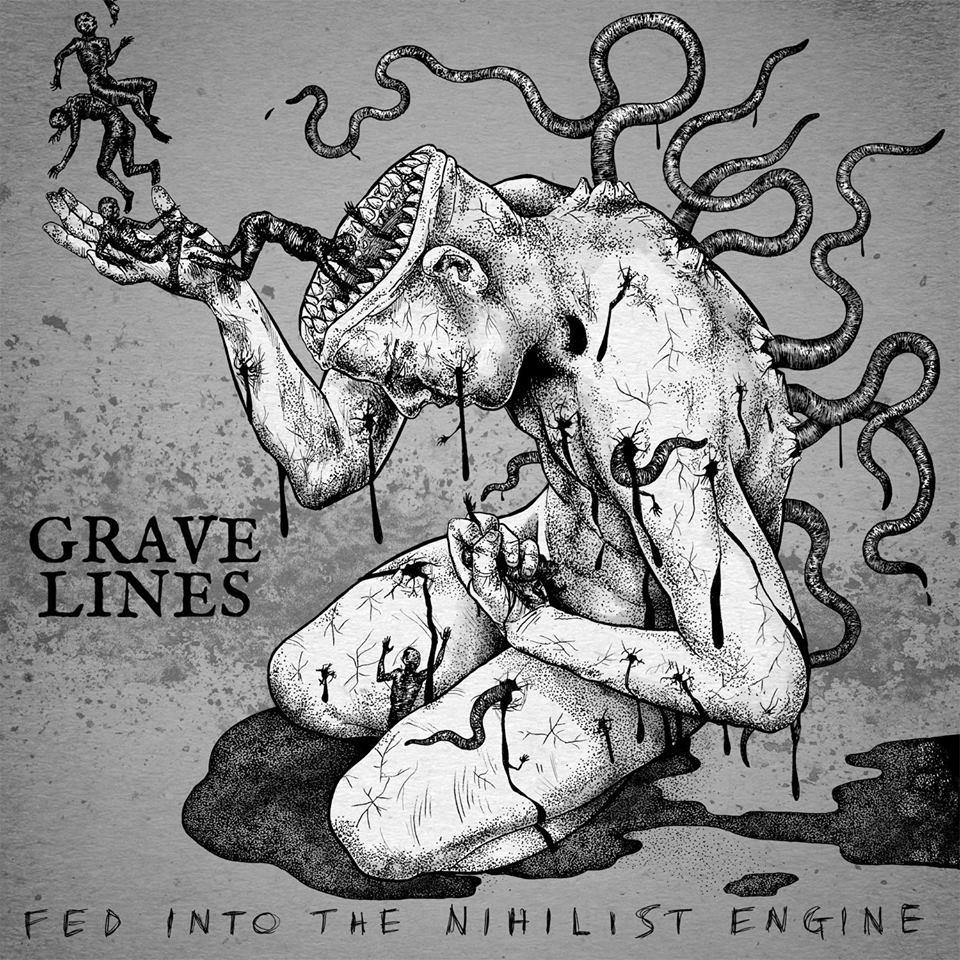 Since the release of 2016’s ‘Welcome to Nothing’, South-eastern four-piece Grave Lines have been met with critical acclaim, earning themselves a space on the line up for Desertfest 2017, as well as support slots for the likes of Oathbreaker, Ufomammut and Cough. Considering the band is made up of current and ex members of Dysteria, Dead Existence, Sea Bastard, Throne, Casual Nun, Dead Witches, etc. it would be all too easy to assume they’re coasting on reputation alone, however, this is a lazy judgement to pass; when you get into the nitty gritty of the music itself it’s clear to see the creativity of four very talented individuals spread across an expanse of dark, progressive depravity.

Second album ‘Fed into the Nihilist Engine’ pushes the envelope even further in terms of Grave Lines’ eclectic abilities. While the overriding theme of the record is pure, unadulterated misery, this is no mere fuzzy, “tune low, play slow” slog; what ensues is an hour long exploration of all the musical facets the collective have within their wheelhouse. From the acoustic folk sensibilities of ‘Shame Retreat’ to the sludgy onslaught of ‘Silent Salt’, no two songs ever sound alike – it’s akin to a mix tape jumping from Nick Cave straight into Dystopia. It’s a difficult record to get your head around at first, but given a couple of spins it becomes easier to appreciate the various nuances throughout.

The vocals are a definite highlight, with Jake Harding switching between vitriolic shouts and tuneful clean singing with ease. Duality is added to ‘Loss Betrayal’ with the addition of drummer Julia’s voice – the resulting duet is one of mournful despondency. ‘Fed into the Nihilist Engine’ is doubtless going to be the feel bad hit of the summer – while it’s certainly not going to be the kind of album you catch yourself tapping along to, it’s a welcome mind fuck in a sea of doom and sludge mental monotony.