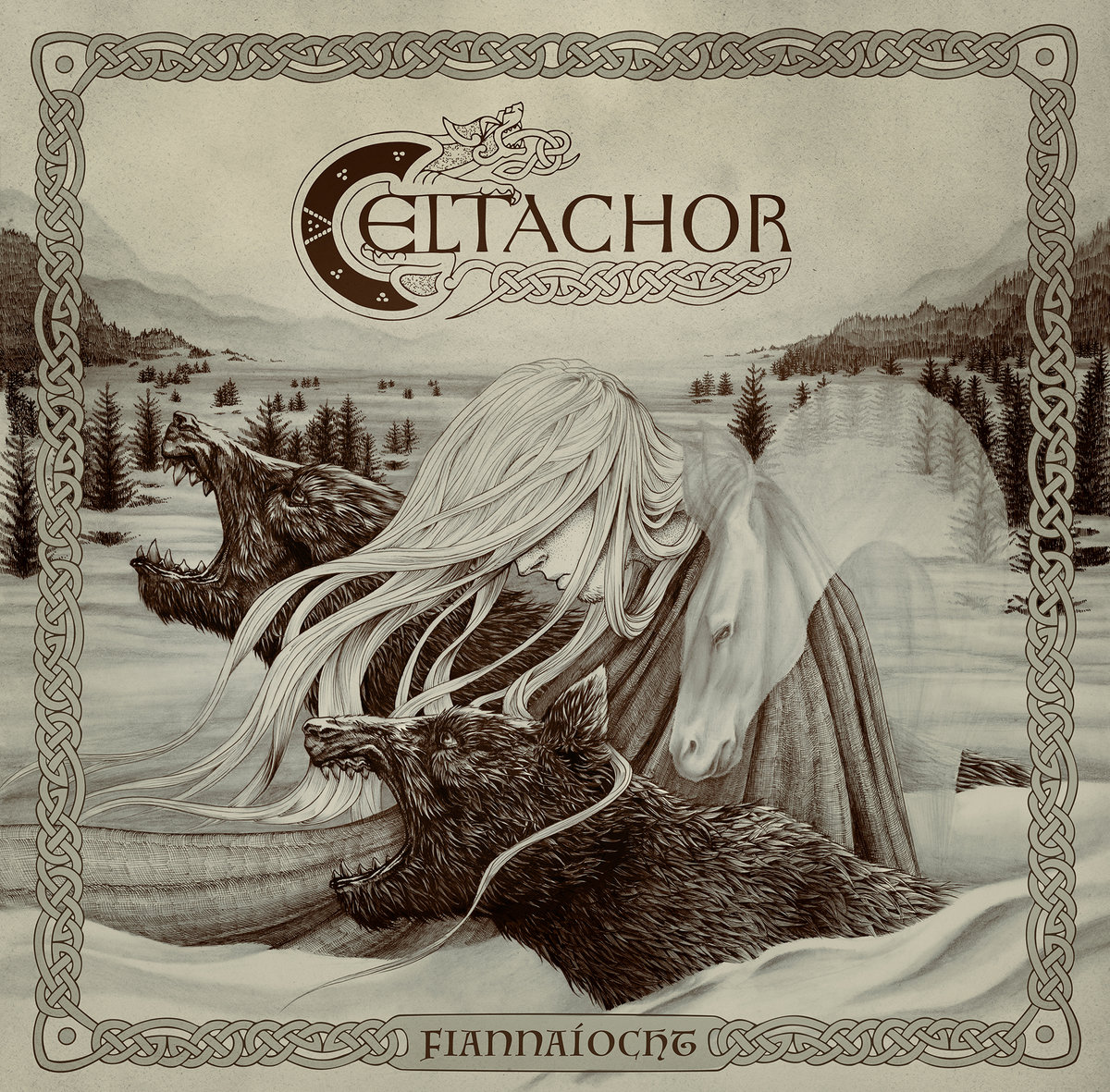 Ah yes: the windswept moors, endless days of rain, blue woad and blood sacrifice for cruel gods of the far reaches of the Western world. Unless you’ve been buried in a peat bog for the past decade, you won’t have missed the fact that pagan metal has been splintering faster than a wooden cross in a heathen uprising and Celtic folk black metal, once greeted with raised eyebrows and a condescending smirk, is now as normal a part of the metal brotherhood as Iron Maiden patches on your denim jacket. But whereas the Viking strain of black metal often manages to subsume traditional Scandinavian folk vibes so deeply into the grain of the music to the point of cute subtlety, Celtic metal has a tendency to veer towards the very opposite. Expect flutes, odes to loss and of endless battles and music that very often threatens to turn into a jig even though you might be willing it not to through furrowed brow.

All that said, I’ve often felt the draw of the dark ages in the likes of Cruachan, Mael Mórdha, Waylander – and I would throw the wyrdy and trippy ways of Himinbjorg into that as well. For their part in all this, Celtachor have always been a solid band if not one I’ve had pinned to the release day calendar for every passing album, more picking them up when I get round to it. But the ingredients have always been there for this band to build upon each time and there’s no doubt a spark of heathen magic has always lurked within. Stephen Roche (also of Mael Mórdha) has spent the previous two albums burnishing his song writing skills and, as evidenced here, getting to grips with the fact that this sort of music – which drifts from pounding, thrashy black metal to ethereal acoustics – needs more of a deft hand on production than was on offer on the demo-quality (but perfectly respectable and decent) debut Nine Waves From The Shore. Last album Nuada of the Silver Arm was undoubtedly a step in the right direction as Celtachor began to set something of a benchmark for the Celtic end of the pagan metal spectrum.

Now Fiannaoícht has taken a giant leap forward. Not just in the vast improvements in production, which now provides a worthy platform to the atmospherics woven into the music (see Tears of Aoife) but the new found gears for stepping up the heaviness (as on Cauldron of Plenty), not to mention Roche’s obvious talent for theatre and storytelling. Add to that some pretty nifty clean vocals, Roche’s new addition to his accompanying black metal rasps, and finally it feels like we’ve all finally been handed the Celtachor we felt like we deserved all along. Gone is the chaos of Nine Waves, the unpredictable and questionable pleasures of flutes bursting forth almost at random and looking for the best bit like searching for rays of sunshine in the grey clouds while crossing the Irish Sea.

Fiannaoícht, a concept album about Finn of the Fianna – the heroic youth of Irish mythology, sees the addition of a violin along with an Irish harp and bouzouki (like a giant mandolin). All this brings considerably more depth to the folkish sound than the flute, for all its squeaky charms, can ever hope to provide on its own. The album starts with a punch as Sons of Morna proves that Celtachor mean business, delivering an opening salvo both musically and lyrically that’s more than enough to whet the appetite for the immersive journey that follows. But it’s the arrival of nine-minuter Tuiren that Fiannaoícht truly takes on epic form and threatens to propel Celtachor out of the fringes of the pagan metal sphere and into a different league altogether. Add to that Roche’s first ballad (The Search for Sadbh), some more traditional Celtachor fayre (Caolite) and we now have an album worth recommending with no apologies and we’re only halfway through (ok, if you find unabashed folk metal in all its forms revolting this may not be enough to change your mind but there’s always the new Carpathian Forest EP). The rest of Fiannaoícht is at least as good as the first half, with the pay off finale Dubh, Dun Agus Liath serving as glorious anthem to close proceedings. No filler. Just a fine album from the Celtic fringes and played with soul that should be enough to finally get this talented, tenacious bloke and his band a platform they increasingly deserve.