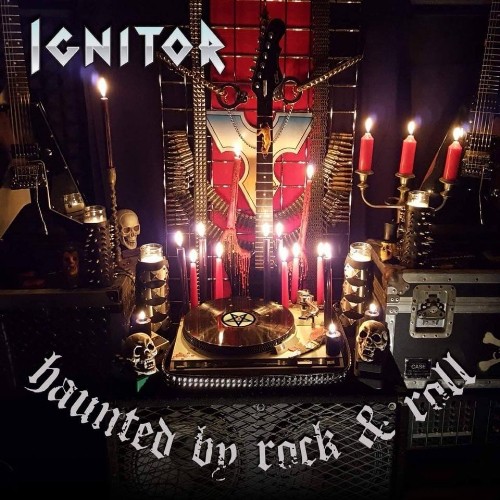 Ignitor have been around for a while; it’s a couple of albums since I really listened to them, and so it’s kind of a fresh pair of ears for this one. “True” heavy metal from Texas, however “true” this maybe, executive producer and label owner/founder Dave Ellefson (Megadeth) does have an ear for good taste. The vocals are a little strained in places, but the music is varied and precise. A faster pace ensures attention is grabbed for the opener ‘To Brave a War’…stating they are armour plated, yep, this figures along with the presentation in the CD inlay booklet. Later in the release there more power and mild epic metal a-la the Millennium years of the Euro scene and compatriots Iced Earth. The latter is especially relevant for me when listening to ‘Nomad’ and ‘No Sanctuary’.

Metallic titles like ‘Leather Forever’ and a Raven cover ‘Hung Drawn and Quartered’ keep up the pace and in fact there’s not a drop off for the album. With a grand total of four music videos made to date for this release, head over to YouTube to make your own assessment of the two currently available for ‘No Sanctuary’ and ‘To Brave The War’. Film fans may spot ’Hatchet (The Ballad of Victor Crowley)’ that featured on the official movie soundtrack for ‘Victor Crowley’, a family friendly slasher film!

With vocalist McMaster now settled since joining on their earlier release ‘Spider Queen’, the new line up works together. Ok, at some point you are going to hear things that sound similar, but that’s simply natural. The album flows well and sounds good. The style, well, that’s down to your personal preference. However, I will close by saying that this is perhaps Ignitor’s strongest album to date having recently discovering their missing releases in my collection.