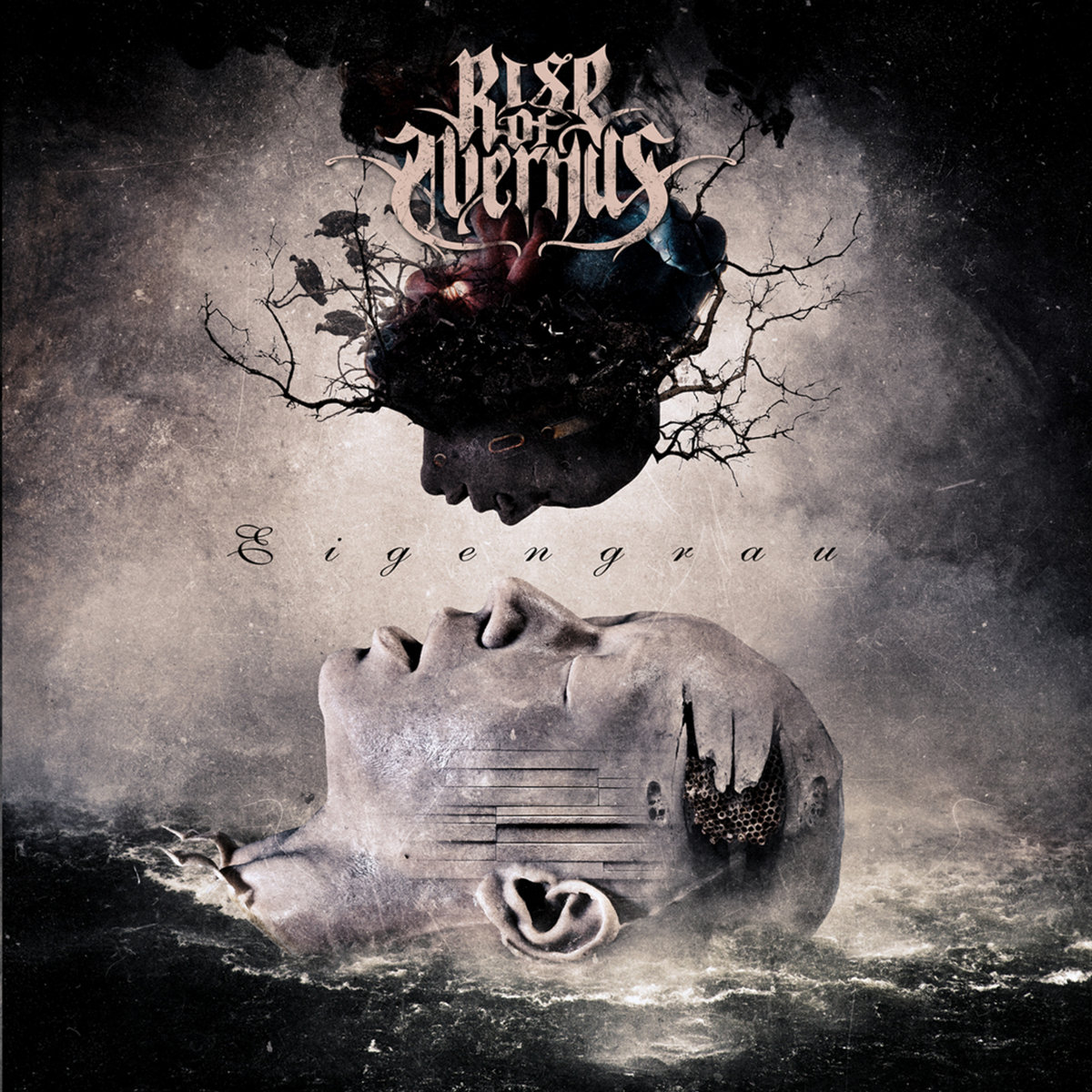 I would never had said that Rise of Avernus were Australian from the titles of their previous album or EPs, however that fact certainly doesn’t detract the quality of the dark & broody musicianship coming from those sunny climes.

The album opens with a rather epic sounding “Terminus” where grand orchestrations and brass fanfare make way to heavy guitars and deeply growled vocals. The only thing that lets it down slightly is the fact that the keyboards occasionally sound artificial when played alongside the violins and other non-existent instruments. Not certain if that is intentional or not though.

Starting with a near Middle Eastern vibe “Gehenna” remains slow as the piano makes way for the guitars and Ben’s slow death vocals are joined by Mares’s raspier ones before they become clean vocals and harmonise expertly. The song then picks up the pace significantly, allowing the vocals to become more emphatic and the piano more haunting as the guitars and drums drown it out.

The title song “Eigenlicht”, yes a different word but same term, begins with piano then quickly dissuades you that it’s going to remain slow & sedate, but after a heavy middle it does in fact do that quite beautifully in fact.

Immediately sounding like it’s going to be a grandiose track “Tempest”, slows things down to let the vocals come to the fore as the steady drumming is punctuated by the popping bass while the guitars have the melodious keyboards softening their more aggressive edge perfectly.

“Forged in Eidolon” has a very atmospheric black metal feel to it, reminding me of early Septic Flesh with the low vocals and high keyboards combined with twinkling piano. Similarly for “Mimicry” where the orchestrations actually give the song a livelier feel than expected with the guitars being a bit dark.

The final track “Into Aetherium” is the longest on the album and therefore goes through the most movements, from gentle unaccompanied piano to violent blasting with furious guitar strumming and death and black metal vocals before returning to a slightly lesser pace and increasing the orchestral melodies then adding an acoustic guitar and excellent bass run, ending with some Gregorian chants. Quite easily my favourite song on the album.

I enjoyed this immensely & it’s both heavy & easy listening, but more from pace than owing to being insipid.