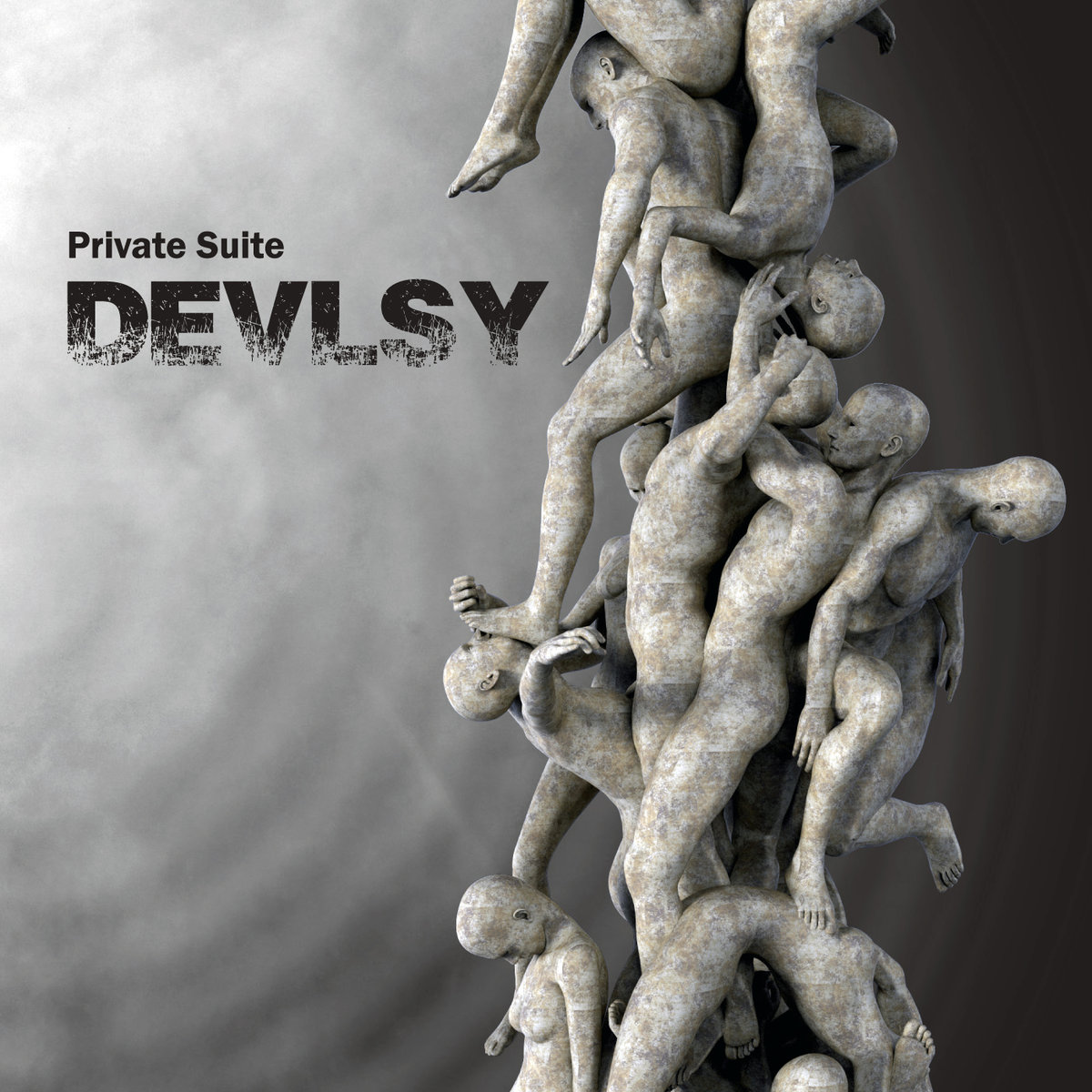 Deep, reverberating sounds of a post black metal kind and a vocalist who sounds like he’s on his last legs … this is Devlsy from a sinister and depressive sounding place. As I got into “Corridors”, the first track of the band’s follow up to their debut album “A Parade of States” (2013), I heard a brief step-up of pace and emotional, melancholic soundscapes after the initial setting of the grey scene.

“Hatching Tomb” has more urgency. The creepy tones I had heard on “Corridors” are still there. The guitar ring is simple and sinister. This reminds me a little in its ambience of Malsain’s “The Disease” and anything by Dark Fortress. Let’s just say that Lithuania, Devlsy’s home country, must be a grim place if this is a representation of it. Yet this is not without colour and movement, even if it is of a menacing kind. Each track has a different outlook, some being more orientated towards black metal, others being more post metal but that doesn’t matter as what Devlsy are clearly striving for are dark, swirling, creepy and sinister atmospheres. For the most part they succeed. I did find the structures a bit dense and hard to follow but that also serves as a positive as it’s one of those albums where you will find something with each listen. “Bring My Word” is typically complex. I found that the excellent and deeply atmospheric drum play was drowned out by the many other elements, including a short and seemingly meaningless warlord-type vocal intervention mid way through. I think that Devlsy could have stretched this out more for greater effect. But I liked what I heard. “Patient≠6” has all the power and angst that you could need. In fact it’s structurally straighter than “Bring My Word” and I think benefits from that. Now the whistling winds and hangman guitar tones of “Porta Formica” give rise to great expectations. It didn’t entirely deliver for me however as although it had that downtrodden grimness I’d associate with Dark Fortress, it didn’t explode with impact. More interesting was “Horizon Attached”, which is more punchy and forward driving, aided by a whistling wind. A haunting chorus is a surprising enhancement in the early part but instead of bringing it back, it is cast away as the track moves onto other black and powerful pastures.

What I detected on this album was a collection of undeveloped ideas such as the haunting chorus, the whistling wind and atmospheric drum work. The result could be a series of dead ends. At the core of this album is a dark and sinister post-black ambience. When Devlsy don’t try to do too much in a short space of time, it’s impressive. It is my hope that Devsy develop their song structures in future, but for now “Private Suite” is interesting and well worth a listen.