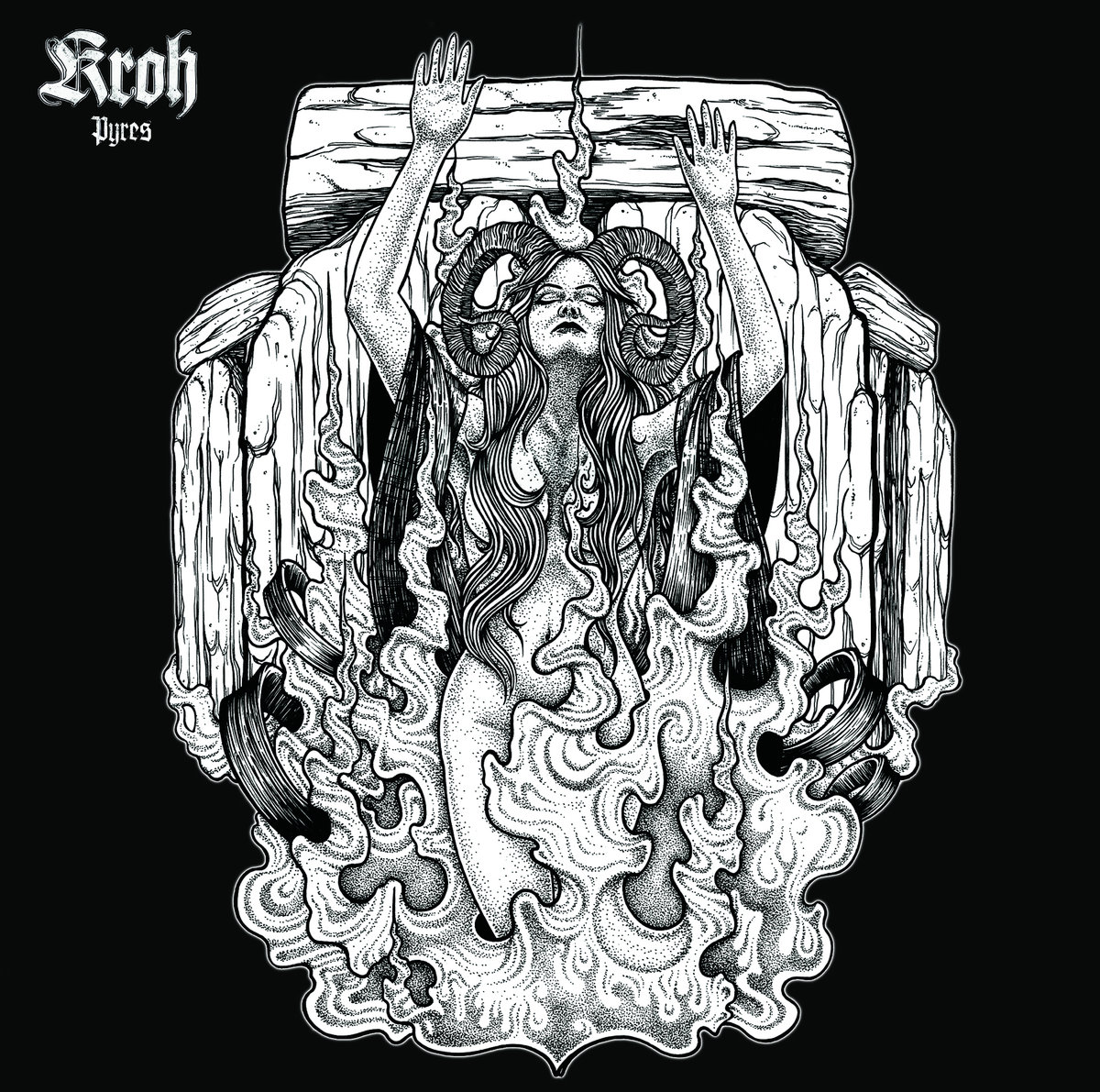 This short, but sweet EP from Birmingham-based doom crew Kroh follows swiftly on from last year’s debut album ‘Altars’, and aims to inject some pop sensibility into the sludgy gloom.

Although the chief mindset of the release (…what would Mayhem’s ‘De Mysteriis Dom Sathanas’ sound like without blast beats and extreme vocals…) doesn’t obviously come across at first listen, you can see what Kroh main man Paul Kenney (Fukpig, Mistress) is getting at.

The desire to match Portishead with My Dying Bride is a pretty cool notion, and in its brief 24 minutes ‘Pyres’ successfully managers such an idea, plus, any guitarist that wears an Adam and the Ants t-shirt is always gonna find favor with this humble reviewer.

Bookended by two instrumental pieces, ‘Triumph of Death’ and ‘Despair Resolve’, the three central songs gradually build up the intensity.

Even vocalist Oliwia Sobieszek slightly holds back at the beginning of ‘Rigor Mortis’, against the tangy bass backing of Darren Donovan, before letting rip with the melodic hooks as the doom crashes in, and ‘Nemertean Girl’ continues with the EP’s crushing and catchy ethos. The overdriven bass intro gives way to a vibe similar to Adam and the Ants’ ‘Physical (You’re So)’, and Sobieszek manages to make the lyric “Filthy liar, fucking coward, you are nothing more” sound like the most devastating put down ever, with her lilting voice. The Burundi style drumming also reinforces the Ants influence.

The spiritual incantations of ‘Moriah’ produce an unnerving effect, mixed with heavy stabs of guitar, crawling delicacy, and vocals that appear to be ushered forth from a séance, with some stonking groove also finding its way through.

‘Pyres’ succeeds admirably in being doomy where it needs to be, and accessible where it wants to be, pointing towards good things to come from this intriguing band.