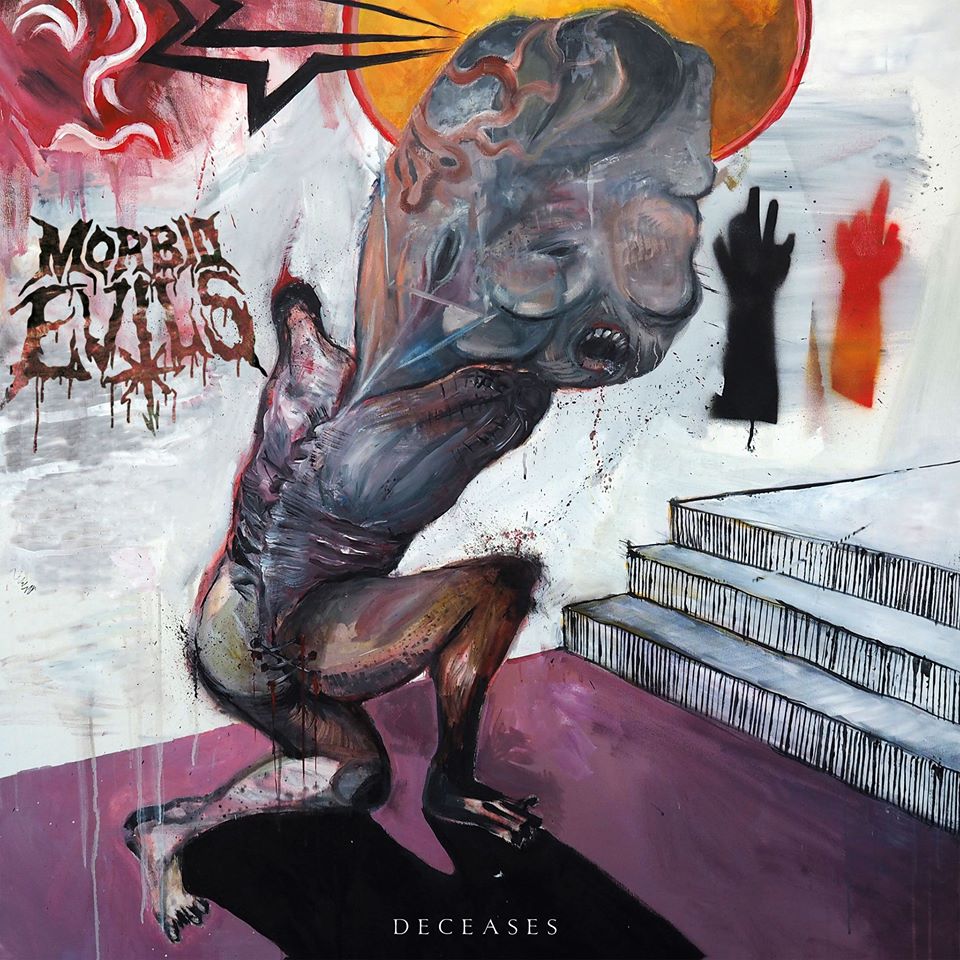 Last time I heard Keijo Niinimaa he was assaulting (in a pleasurable way) my ears with Rotten Sound. IF I am honest they were the band that opened the door back up to Grind for me, a door that had closed after FETO by Napalm Death. Now some 15 years later here he is tuning everything down and injecting mogadon into his fellow band mates for a sludge/drone/doom/grind Titan of an album.

As penetrating as Rotten Sound are Morbid Evils (sounds like a dayglow thrash band eh?) are crushing. Each riff is a wrecking ball swung low and hard to demolish all that stands before it.

This is not music to listen to, this is music to give yourself to. A visceral experience that forces the listener to give over all senses to the 6 tracks and immerse one’s self into the morbid cadaver scented lair of “Deceases” .

The album is broken up into 6 “Cases” like a Serial Killer part-work on sale in a newsagent near you. Unlike many other Sludge/Doom lords of recent times Morbid Evils do not break the 8 minute mark. This gives each track time to breathe the fetid air but does not allow for boredom to creep in (except for those that add a little THC to their experience). The titles are succinct and to the point too – unlike many others of the genre who rival Bal Sagoth in their naming of tracks.

“Murder” “Dead Weight” “Evaporate” “Tumour” “Death Breath” “Abacinated and Blind”. So much heaviness conveyed in these tracks.  By the way “abacination” is torture by way of blinding a person by either fixing a red hot plate onto their eyes or, as the ancient Persians did by way of affixing paper cups filled with lime over the eyes which corrode and then blind the victim. Lovely!

This is not happy stoner , blue clouds of smoke sludge. This is a large man in a leather gimp suit wielding a cut throat razor whilst you try to escape through a sewer whilst under the influence of mescaline. Good luck!

I would normally go through the album track by track to give you an idea what awaits you. I am not going to. Not due to laziness but just due to the experience that listening to it is. It would be like experiencing a tidal wave and trying to explain how the water felt at each given moment.

Imagine Godflesh, Hang the Bastard, Conan, EHG, Rotten Sound, Boris and Primitive Man trapped in a mineshaft for three months with only special brew and peyote to sustain them. That still doesn’t come close.

An iceberg of an album.