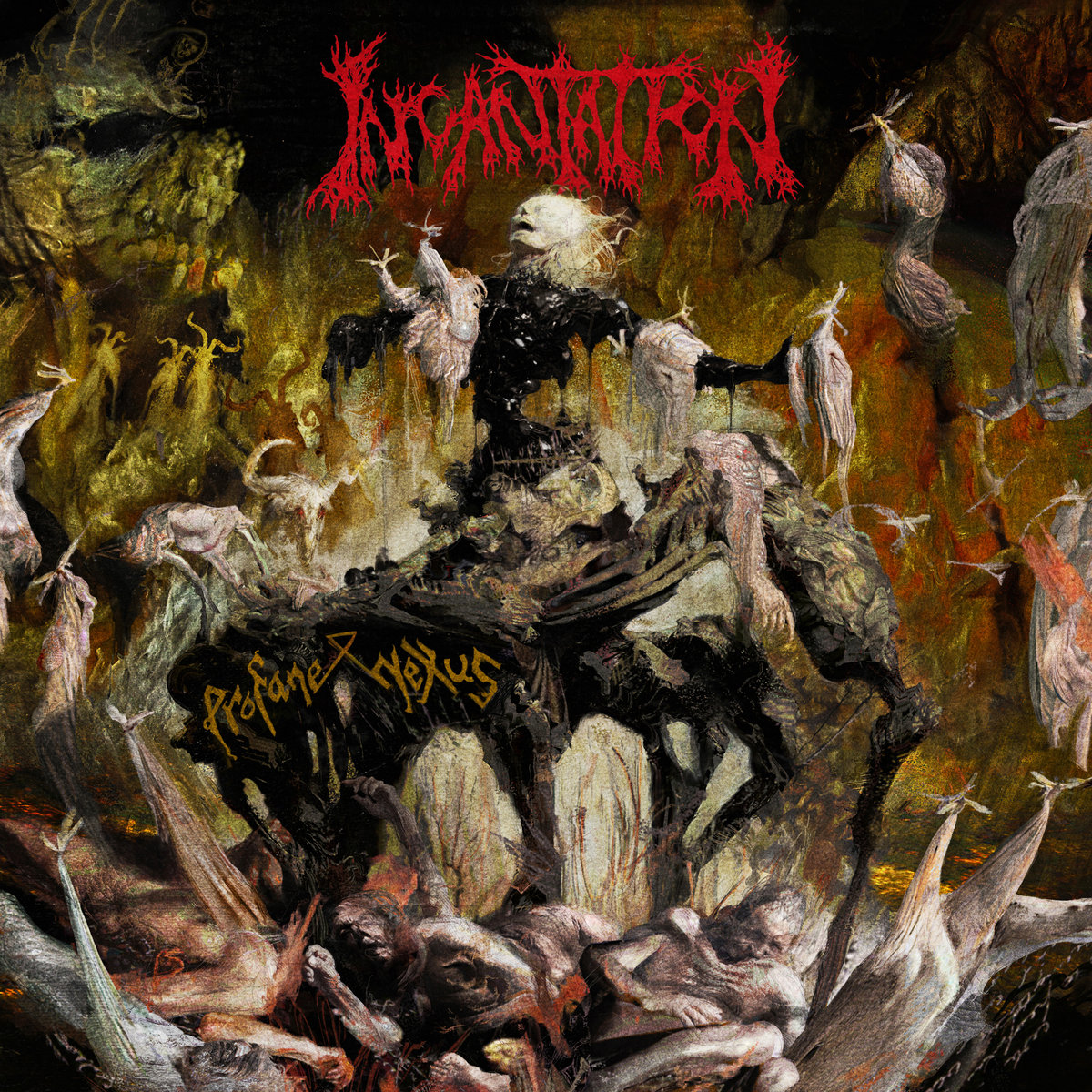 There aren’t many bands like Incantation. For nearly thirty years they’ve been at the vanguard of the underground death metal scene and, to me at least, they’ve never disappointed. Sure some albums are better than others but I can honestly listen to anything from 92’s “Onward To Golgotha” to the last LP, 2014s “Dirges To Elysium” and get the same feeling, a suffocating oppressive and chilling sense of dread.

The Incantation fan base is as loyal as they come and it gives me a warm fuzzy feeling to be able to say that “Profane Nexus” is one of the bands best records yet, with main man, John McEntee, long-time drummer Kyle Severn and the lads displaying a song writing ability that puts them head and shoulders above their contempories with eleven tracks of brutal, atmospheric malevolence all tastily mixed and mastered by knob-god Dan Swano (that sounded better in my head).

Consistency has always been key to Incantation’s success. They’ve never strayed from the true path of underground blasphemy and have always stood out amongst their peers because of this, they have always been innovative and are as comfortable entering into doom like territory in their blasphemous soundscapes as they are blasting along at hyperspeed. The previous two albums “Vanquish In Vengeance” and “Dirges Of Elysium” have featured an increasing level of complexity to the band’s sound and this carries on into “Profane Nexus”.  Tracks like “Rites Of The Locust” (brilliant lyrics) and “Les Sepulchri” (cracking lead work from Sonny Lombardozzi) are simply huge sounding with monolithic riffs and Kyle’s unholy drumming propelling the songs along.

Contrastingly “Incorporeal Despair” is a super spooky slow number which shows a rarely heard side to the band but one which sits alongside the more traditional Incantation tunes perfectly. In fact every song brings something different to the unholy party here and that gives “Profane Nexus” a really fresh feel while still being delivering the full Incantation experience.

Ten albums into a long career it’s truly lovely to see and hear a band like Incantation, titans of death metal as they are, deliver an album that while staying true to their trademark vibe is still without doubt utterly relevant and, most importantly, utterly slays.