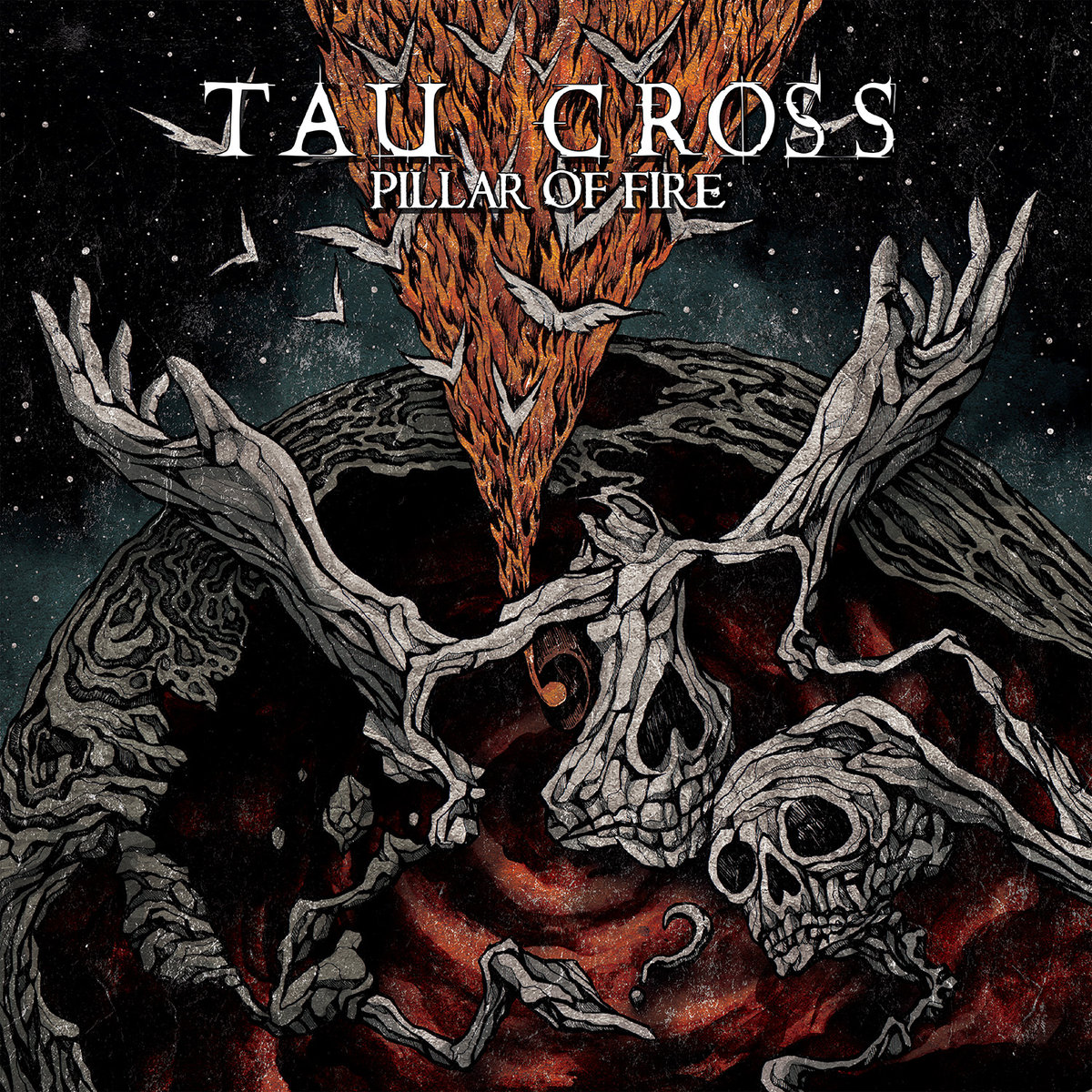 I had been waiting this one very impatiently along with tour dates. When the latter came along there were cries of indignation from lots of people as the UK was not included but the band were quick to say sorry and a second leg, including us will be announced soon. The album only obtusely arrived in my inbox a few days before release date and having already overdosed on the 2 songs from it previewed as video tracks, I downloaded it within about 10 seconds. It’s been on pretty much ever since. Why was I frothing at the mouth so much? Well if you don’t know and live under a rock the group include Amebix front-man Rob The Baron Miller, Away from Voivod on drums and members of Misery (who I really should check out) on guitar and bass. Their debut self-titled album pretty much blew me away in 2015 and got to number 2 on my album of the year list and to say I had high expectations for this would be an understatement.

‘Raising Golem’ the first of 11 tracks, starts with some ambient noise before everything crunches in. Riffs and melody are instantly strong and hefty, the bass chunky and the post-punk swagger takes right back to the cold dreadful era of the 80’s which spawned it. That unmistakable craggy voice comes in loudly over the top and we are off on a modern day Fire Dance. It stomps away heavily breaking for some solo guitar work that’s somewhat arcane and mysterious and is an up front and jubilant number guaranteed to set you up for the rest of the album and want to be stomping around to it in the pit. It comes as no surprise that for every song like this there are slower, broodier numbers to temper the flow and work as yan to the yin. ‘Bread And Circuses’ is the first of these with Rob growling like a Roman dictator much like the theme of the song suggests. It’s heavy and full of chugging bass lines, even if it is slower there is still a vitriolic feel about it; Caesar would no doubt stick his thumbs firmly up at this one. It’s time to set sail and get shipwrecked with ‘On The Water’ a tempestuous number that is soaked up and downed like a flagon of rum. The song title is repeatedly growled out and as we know repetition on a song if used properly can work wonders, which is exactly what it does here due to that craggy weathered voice.

‘Deep State’ was the first song I heard and it is probably the hit of the album, full of squealing guitar lines, rugged and rigorous drums and ranting vocals shouting out the words “white light” and “burning.” It’s very Amebix as are the flavours of most of the album to me. There’s also something about this, probably the lyrical chanted themes that make me want to hear it with Jaz Coleman vocalising on it. He’s the only other person that could pull it off and one listen to this number you will be well and truly hooked. Speaking of other singers as the title track forms around more of an acoustic refrain there’s almost a bit of Bowie about things. This is a song to settle down around a campfire and listen to the story unfold. A smoky, folky ballad told in the olden ways perhaps but not one without danger as the drum beat and rise of voice attest. Like a loose cannon the tribal drumming sets up ‘Killing The King’ and The Baron puts on his most austere vocal performance of the album, not hitting the high notes exactly, you could never accuse him of crooning but… as for when the chorus hits, its one hell of a strong one and is another song that I simply cannot wait to witness live.

This review is in serious danger of becoming a track by track one, which I wanted to avoid but that just goes to show that the songs on it have a huge sense of identity and something within each and every one of them to admire. The album is also growing on each and every listen. As yet not quite up to the giddy heights of the debut but this could change especially when I pick it up on disc as I am sure to at the first opportunity. ‘A White Horse’ gallops away majestically, the rhythm enforced by some excellent drumming from Away. ‘The Big House’ is a gloomy place that at first seems haunted by the ghost of old Bauhaus before things tumble around inside like sudden poltergeist activity has burst out. Reading the lyrics however is going to give things on the album a whole different twist, the social consciousness of old and Anarchic spirit is not lost here at all. I’m going to leave the last few to your imagination and to discover for yourself and that is something you are certainly encouraged to do as the album has not disappointed at all. It hasn’t blown me away, perhaps slightly more subtle than its predecessor so I’m going to be slightly more cautious in marking it here. Still Pillar Of Fire is an album that I fully expect to be appearing in my end of year list, just where exactly remains to be seen. Now announce those UK dates already!