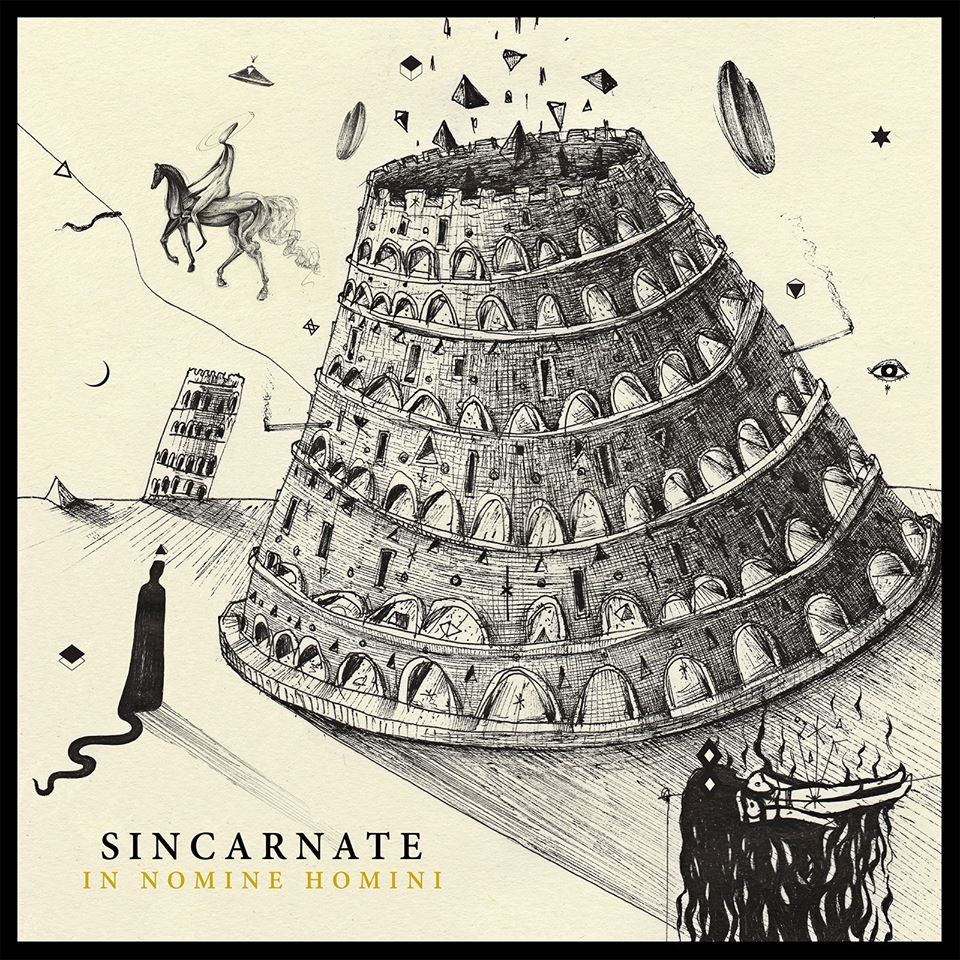 Romanian band Sincarnate cite their influences as Nile/Dissection/My Dying Bride, and the ominous tones of Portishead, and proudly wearing those on their sleeve, present their second full-length album ‘In Nomine Homini’.

Featuring professionally recorded Gregorian choirs, Sincarnate have made good on the promises of their previous releases and delivered a strong and convincing album. Armed with muscular riffs, machine-gun percussion, and a ferocious bark, all enhanced by the gloomy and commanding contributions from their handy set of backing monks.

Eschewing the overtly symphonic style of their first EP, and maintaining the anger of their last one, ‘In Nomine Homini’ nestles on the right side of melodic, and offers its torment and literary inspirations with a keen sense of morbid grace. As if a Nick Holmes-fronted Bloodbath had melded seamlessly into his day job.

The music here is strong throughout, and ‘Attende Domine’ makes for a great opening track, with its atmospheric intro and Marius Mujdei’s guttural vox, while ‘Agrat bat mahlat’ pushes things to an even grander state.

The more complex ‘Curriculum Mortis’ adds some spoken word, and ‘She-of-the-Left-Hand (Sophia Pistis)’ gets things nice and sludgy, but still manages to introduce some very melodic playing. The epic sounding title track utilises a great dialogue sound bite that bleeds into a especially doomy ‘The Grand Inquisitor’, which also displays quite a tangy bass sound and some ‘One’ inspired chugging at the end of the track. But it’s ‘Lamentatio Christi’ that really highlights the guitar sounds of Giani Stanescu and Cristian Stilpeanu, with some interesting counter-play.

‘Dies Illa’ almost sounds upbeat and “pleasant”, until the inevitable break downs, blackened shrieks and backing incantations come into force, leaving ‘Liviatan’ to bow us out.

A melancholy intro gives way to stabbing riffs, and to finish up, Marius’ vocals get way more impassioned, supported by the choirs which have been used so well across the recording.

Four releases in, and album number two, Sincarnate have got their sound nailed.