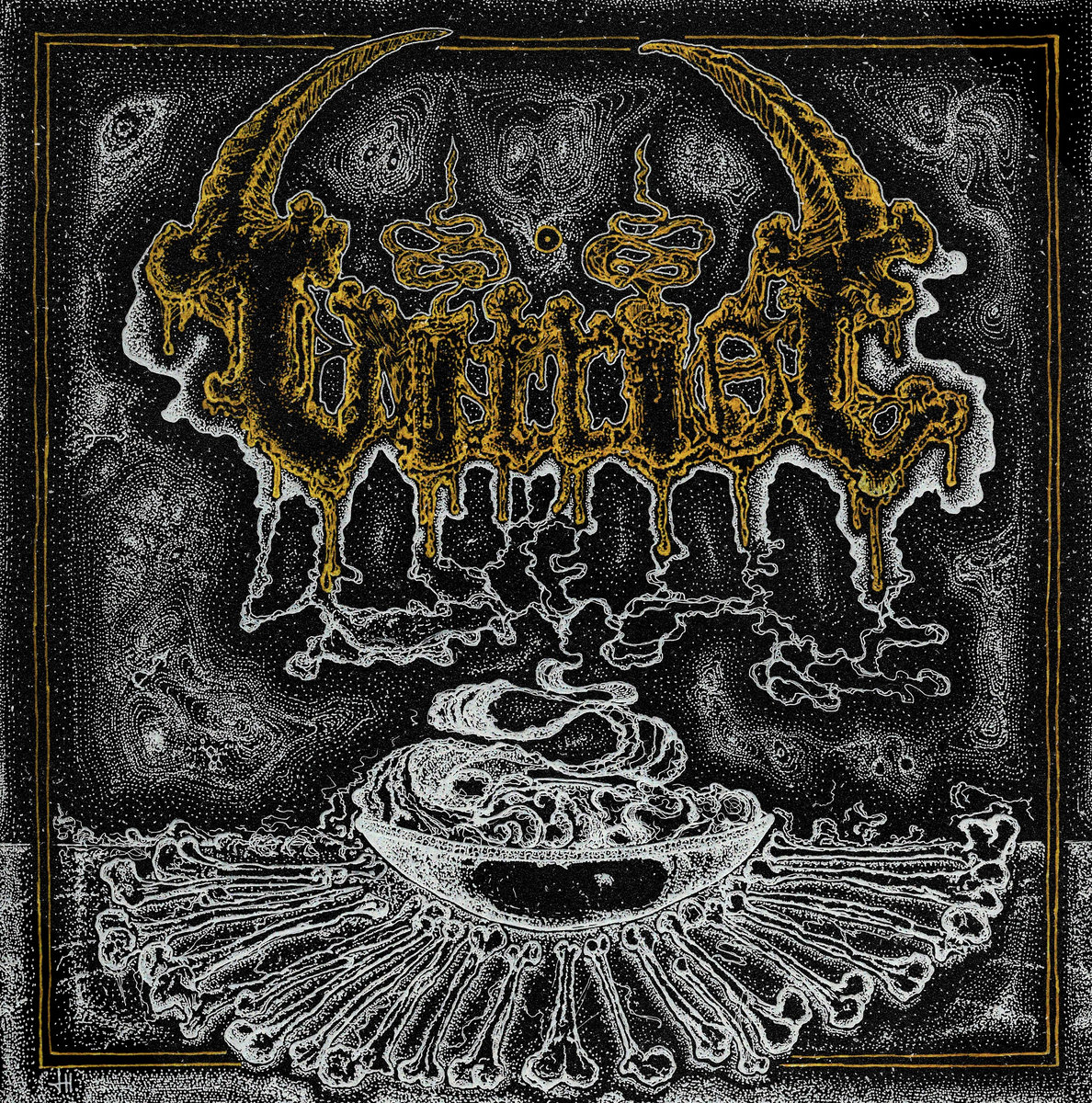 Dankest German filthsters Vitriol released this debut as a demo on cassette format during 2016 and it has been picked up now by Hellthrasher Productions and given a new lease of death on CD. The Nürnberg based duo behind it go cryptically by the names Of P.D. and T.H and no other information is given or expected. This is horrible sounding blackened death and it would seem like the band members have committed it to audio nightmare off their own backs entirely, probably never really expecting it to be heard far and wide although it is up there on Bandcamp for anyone hardy enough to endure.

The strangely entitled ‘Lo-Irt-IV’ batters in with thick cloying bass and bruising drum sounds giving the impression they are being wielded by primitive beasts at the very dawn of time. Vocals are certainly interesting and are growled out with harsh and abrupt death grunts peppering the miasma of contuse sound. “Ugh” indeed! Lyrical content is I would assume non-existent, it does not sound like words are actually being formed here, certainly not in a language known to mankind. In the booklet some strange font is used to explain things as far as this is concerned, it looks like it has been written by some alien life-form prior to it raping humankind and spreading its disease and infecting the earth. Occasionally as on ‘Octosphere Of Obscure Occurrence’ something resembling a melody seeps in from the guitars but it sounds like it could just as easily have been made by accident than anything else. One doesn’t get a real clue as to whether this lot can play their instruments proficiently any more than if they can form coherent and structured sentences and words. I guess that’s part of the appeal to any kvltists worshipping at this altar though and the similarities made by the label to the likes of Beherit and Teitanblood at least give you a clue what to expect here; a ghastly funeral art of pure death worship.

Glistening sounds from the guitars divulge into raw and hateful carnage on ‘Assimilation (Blood-Feed the Devourer)’ and the vocals spew out volatile elongated death yelps and low gurgling inhuman growls as the music takes on a cadaverous crawling stealth and comes at you in a gibbering and maddening fashion sounding possessed and unholy. Containing 5 tracks and just 25 minutes of “music” this is the sound loved by gas-mask wearing, goat molesting, basement dwellers who only leave their fortress to stalk, rape and kill; ugly music for very ugly people. I would say that the band themselves have plenty of time to improve upon these early foundations but would expect that is the last thought on their mind and their only aim is to make any follow up even grimmer and more horribly lo-fi and hateful.  One more time, “Ugh!”